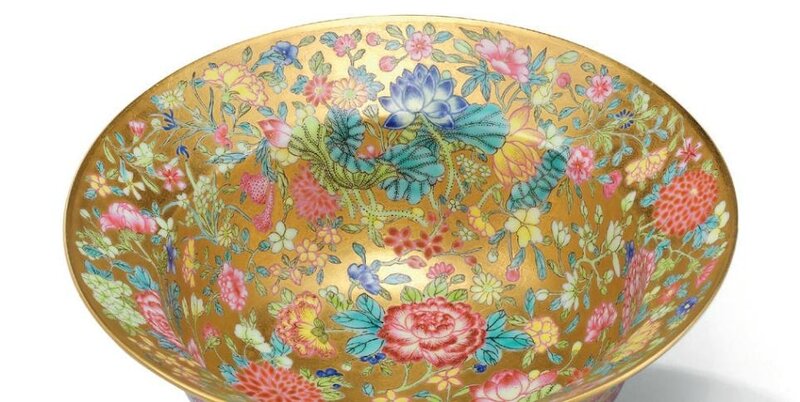 The ogee-form bowl is exquisitely decorated to the interior and exterior in bright enamels to render a dense pattern of floral sprays including peonies, lotus, hydrangea, chrysanthemum, pinks, narcissus, and daisies in rich tones of pink, yellow, blue and green, all reserved on a gilt ground.

Note: The dense arrangement of various flowers that decorates this bowl is known as wanhuajin (myriad flower brocade), as well as baihuadi (ground of one hundred flowers), and, according to T. T. Bartholomew in Hidden Meanings in Chinese Art, Asian Art Museum of San Francisco, 2006, p. 146, during the Qing dynasty the design conveyed the hope that the Qing dynasty ‘would last as long as flowers continue to bloom.’ A large bowl decorated in similar motif on a gold ground in the collection of the Palace Museum, Beijing, is illustrated in Porcelains with Cloisonné Enamel Decoration and Famille Rose Decoration, The Complete Collection of Treasures from the Palace Museum, vol. 39, Hong Kong, 1999, p. 208, no. 184. Compare also a small bowl with very similar decoration and with a blue-enamelled Caixiutang Zhi mark, sold at Christie’s Hong Kong, 29 May 2013, lot 2295 (fig. 1). 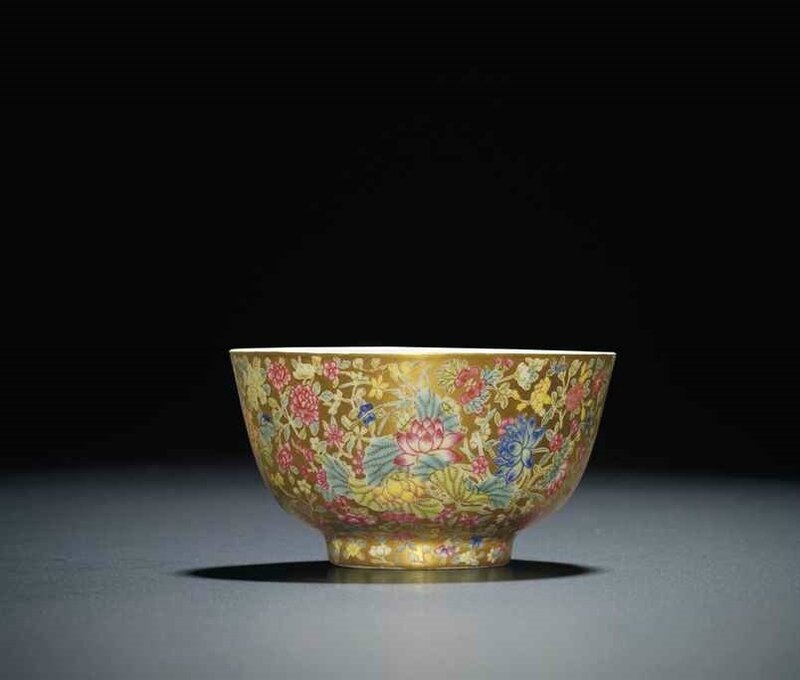