INNSBRUCK.- 450 years ago, on January, 17 1567, Archduke Ferdinand II (1525-1595) made his solemn entry into Innsbruck. Ambras Castle Innsbruck is marking this anniversary by dedicating a major exhibition to the princely sovereign of Tyrol for the first time. For around thirty years the Habsburg Archduke guided the fortunes of the County of Tyrol. Prior to that, he was appointed administrating governor to the Kingdom of Bohemia, taking up residence in Prague in 1547.

Ferdinand II, Archduke of Austria, was not just a regent descended from one of Europe’s most influential ruling dynasties who held political office in Prague and Innsbruck. As a commissioning patron he also surrounded himself with European artists and was instrumental in promoting the Renaissance in central Europe.

Indeed, many events are to be held throughout Tyrol in 2017 to mark the 450th anniversary. This first-rate exhibition is set to be the cultural event of the year in Innsbruck. Ferdinand II, Archduke of Austria: One of history’s most prominent collectors of art
At Ambras Castle the most striking legacies bequeathed by the cultured humanist and sovereign prince include a unique Renaissance castle ensemble and the Archduke‘s own collections, specifically the armouries and the chamber of art and curiosities.

For his world-famous art collections Ferdinand II commissioned a separate museum building, preserved at its original site to this very day. Ambras Castle Innsbruck is therefore the oldest museum in the world and an unrivalled cultural monument to the Renaissance. This major anniversary exhibition (conception: Schloss Ambras Innsbruck in cooperation with the National Gallery in Prague and the Institute of Art History CAS of the Czech Academy of Sciences) is accompanied by catalogues in English and in German.

The exhibition will also be shown at the Wallenstein Riding School, National Gallery in Prague, presented from November 3, 2017 to February 26, 2018. 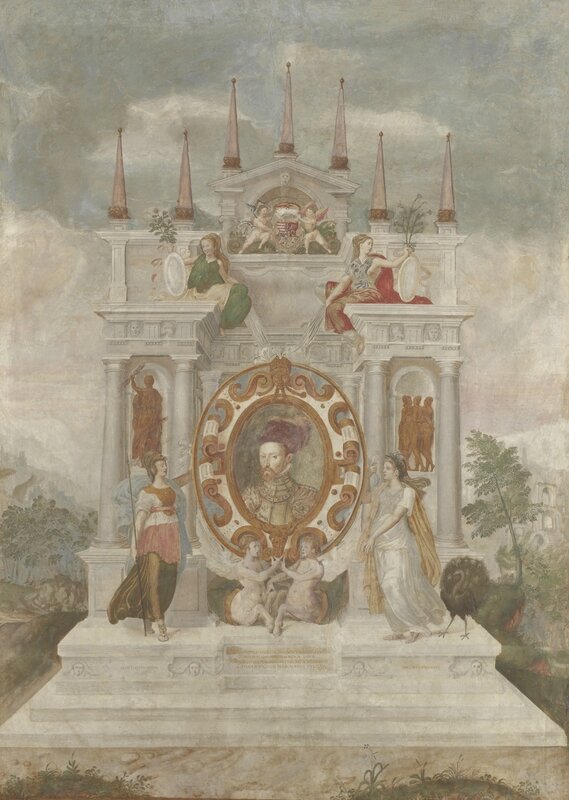