'China and Egypt. Cradles of the World' at Museumsinsel Berlin, Neues Museum

'China and Egypt. Cradles of the World' at Museumsinsel Berlin, Neues Museum BERLIN - For the first time the exhibition at the Neues Museum (New Museum) on the Museumsinsel Berlin (Museum Island Berlin) will present ancient Egyptian and ancient Chinese artefacts side by side. Many exhibits from China have never been on show in Europe, with the bulk of the loans coming from the Shanghai Museum, enriched by objects from the Ethnologisches Museum (Ethnological Museum) and Museum für Asiatische Kunst (Asian Art Museum) of the Staatliche Museen zu Berlin. The exhibition features about 250 objects, including significant treasures from both regions. Reflecting the full time-span of ancient Egyptian civilization, the works on show range in date from 4500 BC well into the Greco-Roman period (332 BC to 312 AD).

China and Egypt. Cradles of the World traces the development of these two regions that laid the foundations of great civilizations. Although there was no direct contact between ancient China and ancient Egypt, besides their differences there are surprisingly many similarities. Each of the 250 exhibits has its own history, while also representing an entire culture. The exhibition demonstrates this through five thematic chapters.

What did daily life look like in ancient Egypt and ancient China? Statues, jewellery, ceramics, and cosmetic vessels provide vivid insights into the everyday life of people in these two advanced civilizations.

Both Egypt and China are among the oldest written cultures in the world. Bamboo stripes and the so-called oracle bones belong to the earliest written sources in ancient China. They are juxtaposed with ancient Egyptian hieroglyphic artefacts.

Death and the Afterlife

Precious grave goods illustrate each culture’s cult of the dead, their rituals, and their burial practices. In China, jade was considered a stone of immortality. Chinese jade amulets were not only intended to protect the living, but served above all as a talisman for the deceased on their journey to the netherworld. One spectacular highlight of the exhibition is the display of a Chinese jade burial suit alongside a richly painted mummy case from ancient Egypt, brought together for the first time in Germany.

The ancient Chinese worshipped a plethora of natural forces and, most importantly, their own ancestors. Boundaries between the earthly and divine worlds were indistinct. Also featuring Egyptian statues and stelae, the exhibition presents these various divine worlds, cults, and religious forms of worship.

In Egypt, the pharaoh reigned as a godlike ruler from early on. The Chinese empire, however, was governed for a long time by an extensive network of noble families before the first emperors. In early times the Chinese cultures demonstrated their power and wealth much more often through abstract symbols than by representations of rulers like in Egypt. By contrasting these forms of representation, their differing power structures become apparent.

A comprehensive publication by the Prestel Verlag accompanies the exhibition. 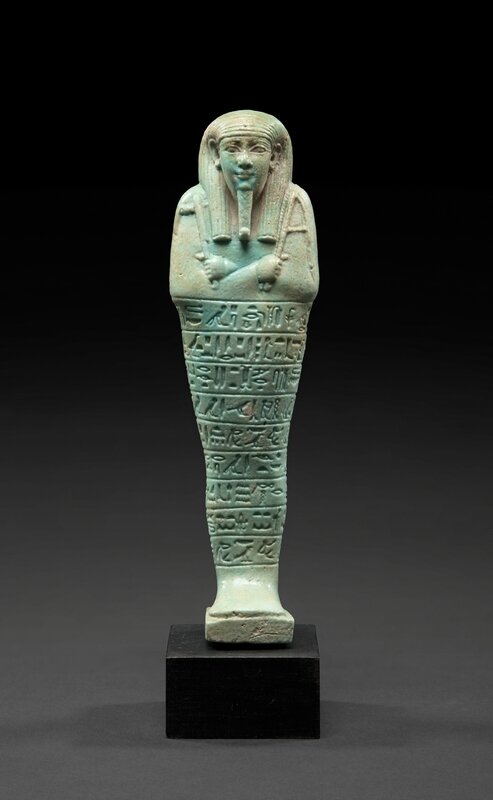 Stems in the form of a human face, Bronze, Western Zhou Dynasty, 1050-771 BC. Shanghai Museum 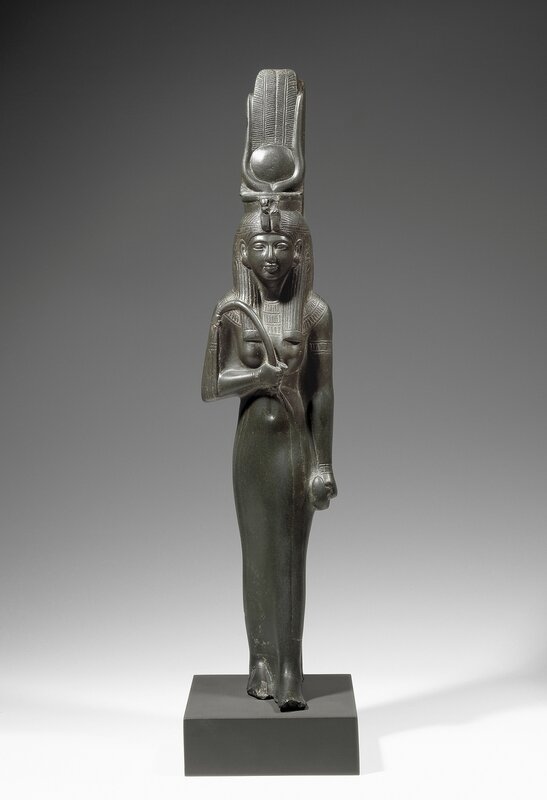 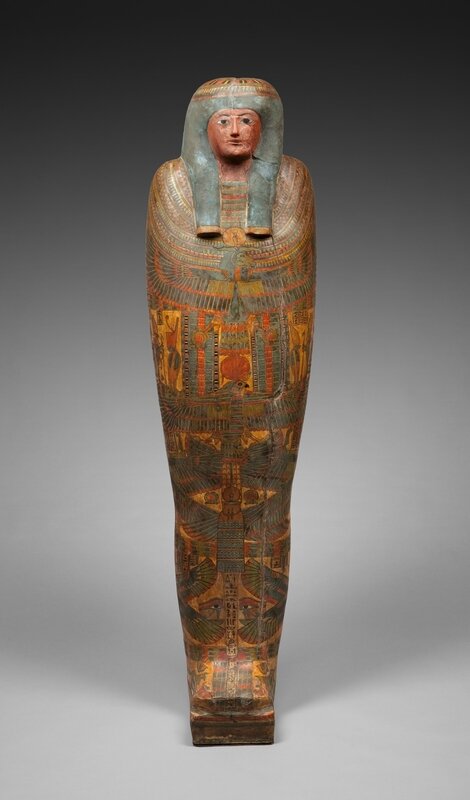 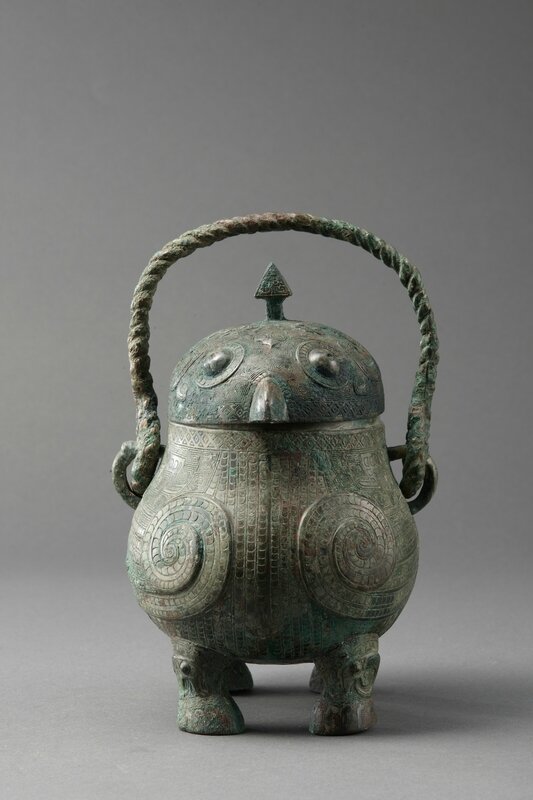 Wine vessel in the form of an owl, Bronze, Western Han Dynasty, 206 BC-AD 24 BC. © Shanghai Museum The Death-book of the Ta-remetsch-en-Bastet, papyrus inscribed and painted, Early Ptolemies, 332-246 BC. © Egyptian Museum and Papyrus Collection, State Museums of Berlin, Andreas Paasch