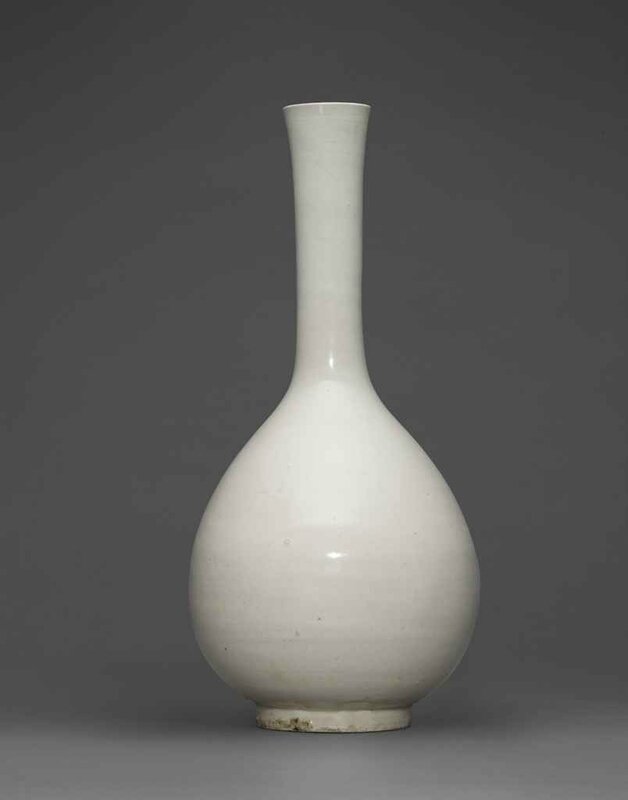 The vase is well potted with a pear-shaped body resting on a short straight foot and rising to a tall slender cylindrical neck gently tapering towards the mouth rim. It is covered overall with a clear ivory-white glaze of even tone.

Note: The current bottle form, characterised by a well rounded pear-shaped body and a sensuous slender neck, was popular with a number of Northern kilns of this period, including Ding, Jun and Yaozhou.