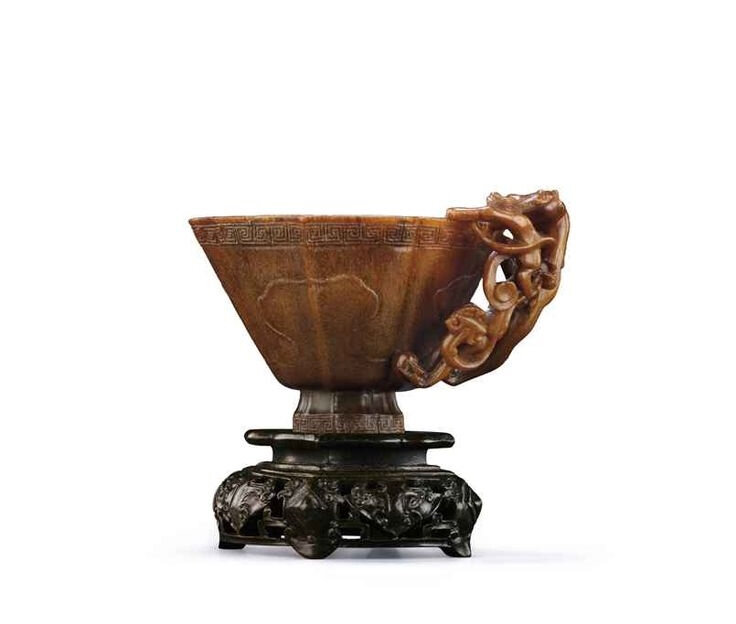 The quatrefoil cup has elegantly formed flared sides ribbed and grooved in the shape of four petals, carved in shallow relief around the exterior with a continuous undulating petal design, between keyfret bands at the rim and on the conforming pedestal foot. The openwork handle formed by entwined chilong, the larger of which is grasping the rim of the cup and peering into the interior. The material of a reddish-brown tone; wood stand, box.

Note: The design and form of this cup is reminiscent of silverwork of the mid-Ming period.

Compare a cup in this fluted floral form from the Gerard Levy Collection, illustrated by J. Chapman, The Art of Rhinoceros Horn Carving in China, London, 1999, p. 149, no. 173.