VIENNA.- The Polish king John III Sobieski (1629–1696) is inextricably linked to the history of Vienna. As the commander-in-chief of united armed forces, he liberated the city from the Ottoman siege that lasted several weeks in 1683. With this victory, he secured a place in world history and in the collective Austrian memory. Developed in cooperation with four major Polish residences, the exhibition at Prince Eugene’s Winter Palace offers the first opportunity in the German-speaking realm for visitors to become acquainted with the monarch as a private individual and to learn about his work as a statesman, an army general, and a patron of the arts and sciences.

Curators Maike Hohn (Belvedere) and Konrad Pyzel (Wilanów Palace) have traced Jan III. Sobieski’s life and work. With the help of almost one hundred paintings, precious objects, art objects, militaria, and memorabilia, visitors are given a comprehensive and lively picture of the Polish king and his time.

Belvedere General Director Stella Rollig emphasizes, ‘the exhibition John III Sobieski. A Polish King in Vienna offers the opportunity to get to know this important figure of European Baroque as a sovereign, a war hero, and as an individual. The wide-ranging presentation is owed to a comprehensive cooperation between Austria and Poland.’ 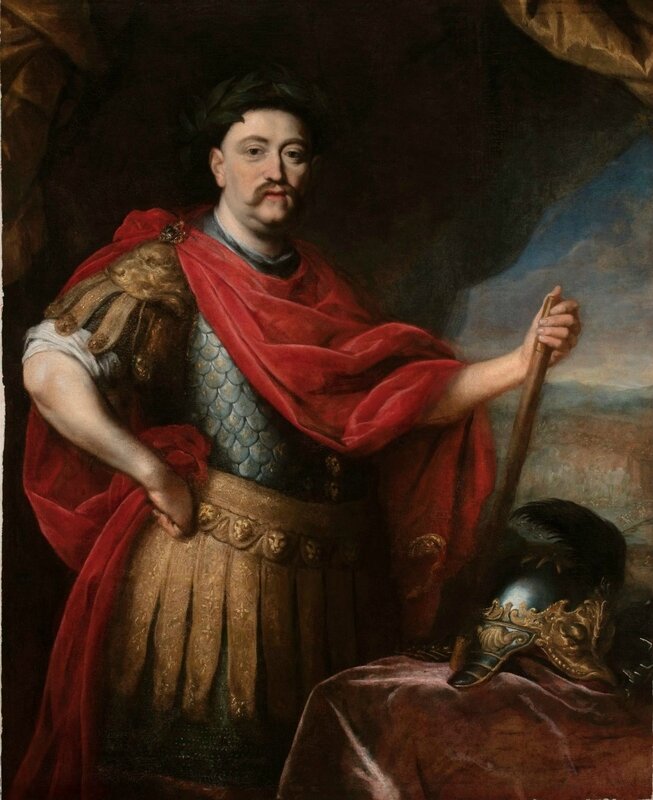 Sobieski’s origins and his journey to the throne as an elected Polish king will be addressed in the first section of the exhibition. His abilities and successes as a military general were, above all, what earned him the Polish crown. By the age of twenty, Sobieski had already stood his first time on the battlefield. The 1673 triumph of the Polish-Lithuanian army at Chocim (Khotyn) over Ottoman troops and the simultaneous death of the reigning king galvanized his election to monarchic rule by the Polish aristocracy in 1674.

Sobieski’s cultural background was characterized by Sarmatism – an all-encompassing worldview held by the Polish noble class, the origin of which was genealogically derived from the ancient Sarmatian people. This frame of mind found its most striking expression in clothing, which was based on oriental dress and which can be observed in certain portraits within the exhibition. A further section of the show is devoted to Sobieski’s role as a patron of the arts. ‘The monarch commissioned talented artists, who would later be employed under various European rulers. Among [these artists] was Martino Altomonte, who, after his time as a battlefield painter and portraitist for Sobieski, came to Vienna to create the frescoes for Prince Eugene in the Lower Belvedere. Austrian painting of the High Baroque would be unthinkable without Altomonte,’ according to Maike Hohn. Other important artist personalities who were also commissioned with furnishing the royal residence of Wilanów Palace were Jerzy Eleuter Szymonowicz-Siemiginowski and Jan Reisner, whose works are also on display in the exhibition.

Situated at the gates of Warsaw, Wilanów Palace can be described as the heart of Sobieski’s artistic patronage. Vincenzo Agostino Locci was entrusted with the architectural transformation of a simple country house into a Baroque regal estate. The exhibition presents important views of the palace captured in paintings by Bernardo Bellotto, which are works that have left their permanent home in the Canaletto Hall of the kingly residence in Warsaw specifically for this occasion. Not only did he promote the visual arts, Sobieski also showed interest in science and research. He supported scholars such as the Gdańsk astronomer Johannes Hevelius, an impression of whose character and scientific works is conveyed by exhibition. “Hevelius received an annual salary from Sobieski. For his work in breweries, the Polish king granted him a tax exemption. Sobieski also provided adequate funds for the reconstruction and re-equipping of the [astronomer’s] burned-out workshop,” says Konrad Pyzel.

Yet another portion of the exhibition focuses on Sobieski’s role as a husband and father. Letters kept to this day that were addressed to his wife, Marie Casimire, a French courtière in the Polish court, are testament to his deep affection and appreciation for his spouse and the political cooperation between the royal pair. A small selection of these letters can be viewed digitally, some of them for the first time in their English and German translations. Family portraits show the ruling couple and their children, who grew up in close contact with their parents at the court. A dedicated chapter of the exhibition deals with the Battle of Vienna. After securing an alliance with Emperor Leopold I., Sobeiski went on to lead a battalion of allied troops as the supreme commander in the victory against the Ottomans. The forces under his charge consisted of imperial contingents, auxiliary troops from the Holy Roman Empire, and the Polish Crown Army. The contract illustrating this alliance with the emperor is of great importance to Austrian-Polish history. The exhibit shows central protagonists from both imperial and Polish sides of the joint enforcement. The closing point of this section of the exhibit is represented by objects associated with the Holy League and the 1699 Treaty of Karlowitz.

The penultimate section of the exhibition illuminates Sobieski’s return from Vienna, which was commemorated by royal trophies and precious textiles that he donated in part as votive gifts to churches and monasteries throughout Poland. The conclusion of the exhibition explores the glory afforded to the Polish king that immediately followed his successful liberation of Vienna. The memorial project for the Cathedral of Le Puy-en-Velay is one example of this gesture of recognition, away from European royal courts. At the behest of the bishop, monuments for Sobieski were erected in several churches around the French region of Auvergne. The sculptures in the exhibition make up part of a monument, which was ultimately never fully realized.

According to the director of the Wilanów Palace Museum, Paweł Jaskanis, ‘the exhibition brings together central works on a person, who can also be referred to as Momentum Sobescianum. The exhibition and its venue congenially complement one other. Prince Eugene of Savoy, the mastermind of the Winter Palace, would likely have met King Sobieski during the 1683 siege and liberation of Vienna.’ 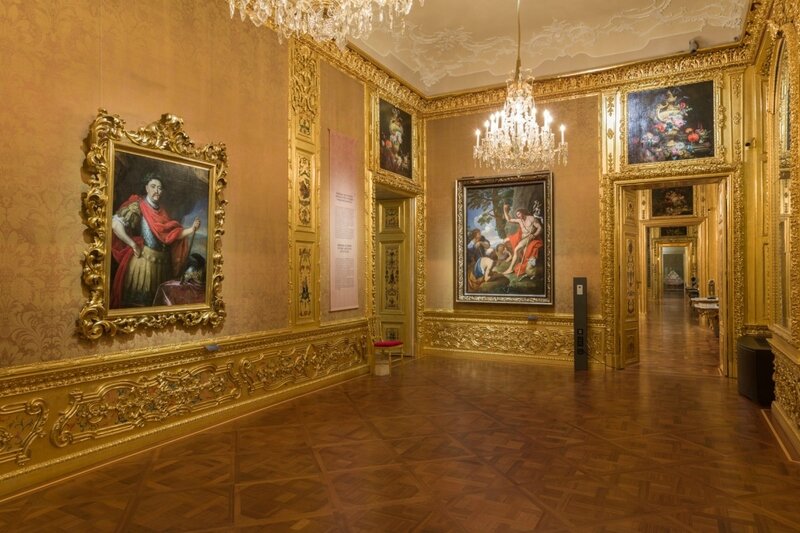