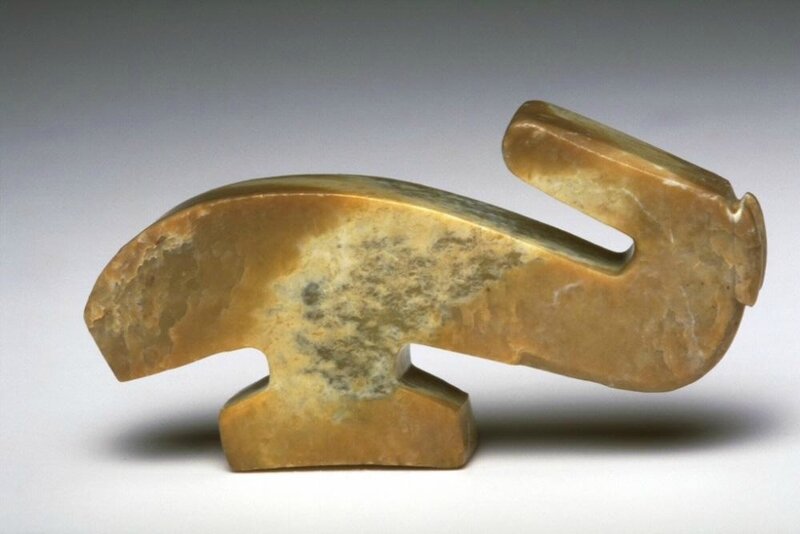 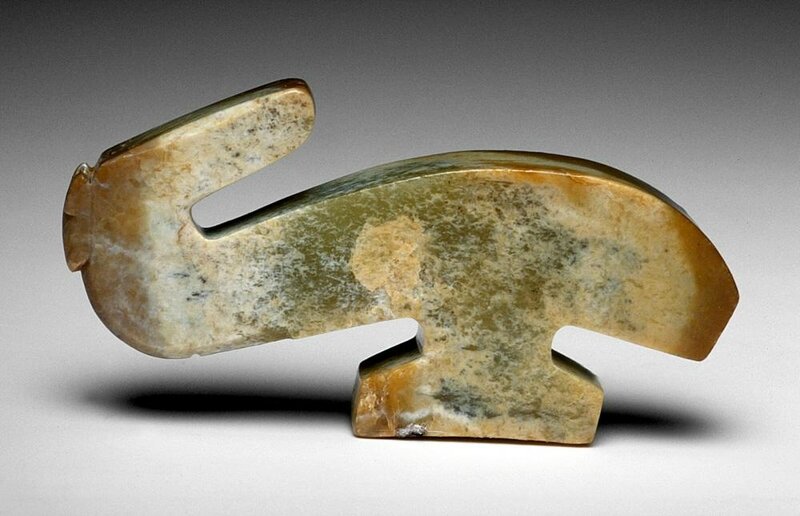 Recent excavations indicate that from at least the late Shang dynasty the Chinese wore loose fitting gowns that folded over in the front and were secured by a belt. The belts themselves could be quite broad and, in some cases, were held in place by a narrower piece of fabric or leather that was tied or hooked in the front. However, the use of hooks did not become commonplace until around the sixth century B.C. There is some argument about the origin of these hooks in China. Rawson argues that they originated in contacts between China and her neighbors to the north and northwest, and that the original models were in gold. Thus their creation in jade is another example of the Chinese substituting jade, the most precious material in their culture, for gold (Rawson, pp. 303-04). Jenny So, on the other hand, points out that the form of the Chinese belt hook is very different from those of Western cultures; she argues that, while the idea of using the hook might be an import, the form of the hook is uniquely Chinese.

The earliest hooks in China are quite small and in bronze or gold with rare examples in jade. The earliest hooks are similar in general form to the example under discussion here. They feature a bottom button and top hook combined in a strongly curved overall form. Most early pieces are quite small and the top hook takes the form of the head of a duck. The hooks did evolve in size and decor; there is clear evidence that by the late Warring States period they were a item associated with prestige. The current example is quite simple in form. The only suggestion that it is intended to be an animal, perhaps a dragon, is the pair of ears on the outer edge which are not highly finished. The nearest comparable example from an excavated site comes from Guandong province, suggesting this may also be a provincial piece.

The piece was cut from yellowish Khotan jade. The stone appears to be of reasonable quality. However, it is difficult to be certain since much of the surface has been altered during burial and is now opaque and brown to tan in color. There is some evidence of veining and the level of finish is not as high as that on most Warring States and early Han pieces.