MOSCOW.- The Pushkin State Museum of Fine Arts is presenting a large-scale project of exceptional significance – “Renaissance Venice. Titian, Tintoretto, Veronese. From Italian and Russian collections”, exhibiting 25 outstanding works by three of the greatest painters. These works have been brought to Moscow for the first time, and some of them have never been displayed outside of Italy.

During the Renaissance, Venice experienced the golden age of art and, first and foremost, painting. In the 16th century, a triad of great masters of the brush – Titian Vecellio (c. 1490–1576), Jacopo Tintoretto (1518–1594) and Paolo Veronese (1528–1588) – created their famous paintings in this city. These artists played a defining role in the formation of the European artistic culture and rendered an important influence on the development of art over the next centuries. Titian, Venus and Adonis, circa 1540 © Moscow, the Charitable Foundation.

This exhibition provides a unique opportunity to see works of these great contemporaries side by side, whose creations revolutionized the concepts of painting in many ways and laid the foundation for painting throughout Europe. Many great masters of the 17th century, including Velazquez, Rubens, Rembrandt and Poussin, learned from Titian, Tintoretto and Veronese.

The relationship among the great Venetian Renaissance masters is one of the most important topics reflected in the concept of the exhibition. Titian, Tintoretto and Veronese were born in different towns, belonged to different generations, had different social statuses and received different educations. Each of them had his own inimitable artistic language and style. At the same time, they complemented one another to some extent. Their creative lives had much in common: all of them fulfilled orders for Venetian churches and surrounding areas and worked for major politicians and influential people. The three artists also headed popular studios, which, according to Venetian tradition, were family-owned. Their coexistence in the artistic space of Venice is often regarded as competition. The reality was much more complicated, however: every master had his own niche and worked for specific categories of customers and segments of society. They carefully observed each other’s works, studied them and eventually came to a mutual relationship without any open confrontation: while remaining loyal to their common cultural background, each one recognized the uniqueness of his own style. The exhibition presents a unique opportunity to see priceless masterpieces of the three artists from collections of the most famous Italian and Russian museums. Portraits and religious works – from compositions for private customers to large altarpieces (a type of painting revolutionized by Venetian artists in the 16th century) – are being displayed in the same space.

It is not easy to highlight specific examples in the diverse panorama of the exhibition, but Titian’s “Salome” is deserving. It belongs to the collection of the Doria Pamphilj Gallery housed in Rome, and it is rarely seen outside Italy. Made by the young artist in the mid-1520s, when the Renaissance in Venice reached maturity, this painting attracts viewers with its poetry and brightness of color. Striving to achieve the expressiveness of the color scheme is a distinguishing feature of the Venetian painting style, but Titian, Tintoretto and Veronese made an especially outstanding contribution to this tradition.

Jacopo Tintoretto was a dramatic artist who used color as a powerful expressive medium. This can be clearly seen in his altar paintings, such as “Last Supper” from the church of San Marcuola, “Baptism of Christ” from the San Silvestro church and “Pietà”, which is currently housed in the Gallerie dell’Accademia in Venice. The wealth of colors in the works by Paolo Veronese (who, according to his name, was born in Verona) expresses the uplifting nature of his art and his worship of the world’s beauty. This is obvious in his paintings depicting ancient myths. The exhibition includes his magnificent “Venus, Mars and Love with a Horse”, which is housed in the Sabauda Gallery in Turin.

Most of the paintings have been brought from the most famous Italian collections of museums and churches. A few artworks presented belong to Russian collections. These include two paintings from the Hermitage (“St. George” by Jacopo Tintoretto and “Portrait of a Man” by his son and assistant Domenico Tintoretto), one painting from the collection of the Pushkin State Museum of Fine Arts (“Resurrection of Christ” by Paolo Veronese, which is being exhibited for the first time after the restoration is completed by Nadezhda Koshkina, head of the Museum’s restoration workshop), and Titian’s “Venus and Adonis”, owned by the Classica charity fund and considered to be one of the sensations of the exhibition. The chief researcher of the Pushkin State Museum of Fine Arts, Victoria Markova, identified this work as one by the great master, and it has only recently entered art history, having never been displayed in Russia before 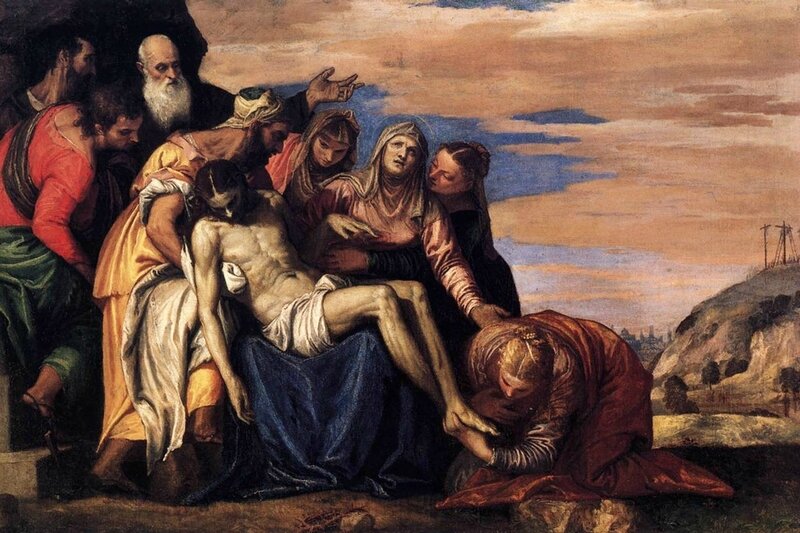 Paolo Veronese, The Descent from the Cross, circa 1547. © Gallerie dell'Accademia, Venice. Jacopo Tintoretto, The Baptism of Christ, circa 1580. © Gallerie dell’Accademia, Venice Paolo Veronese, The Resurrection of Christ, about 1580. © Pushkin State Museum of Fine Arts 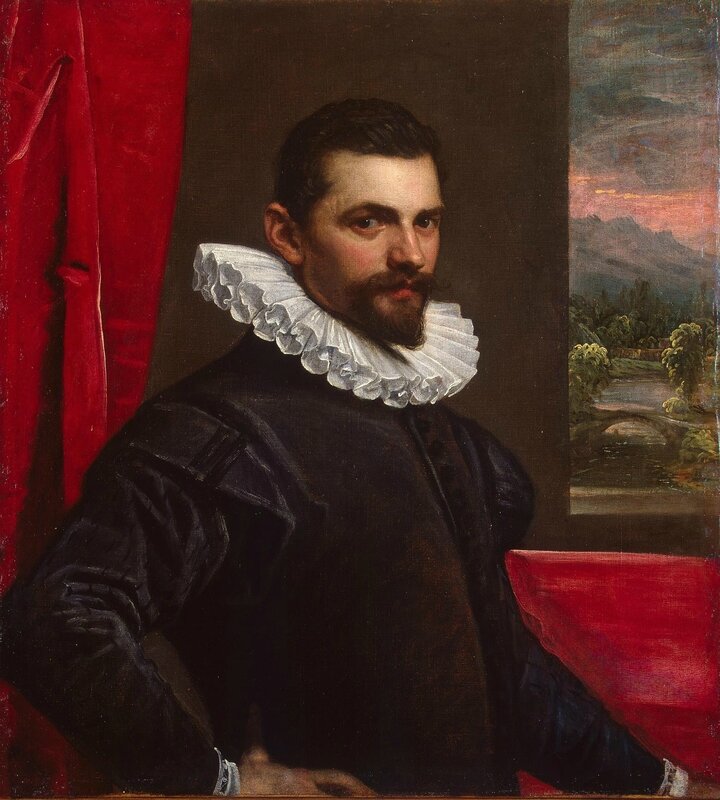