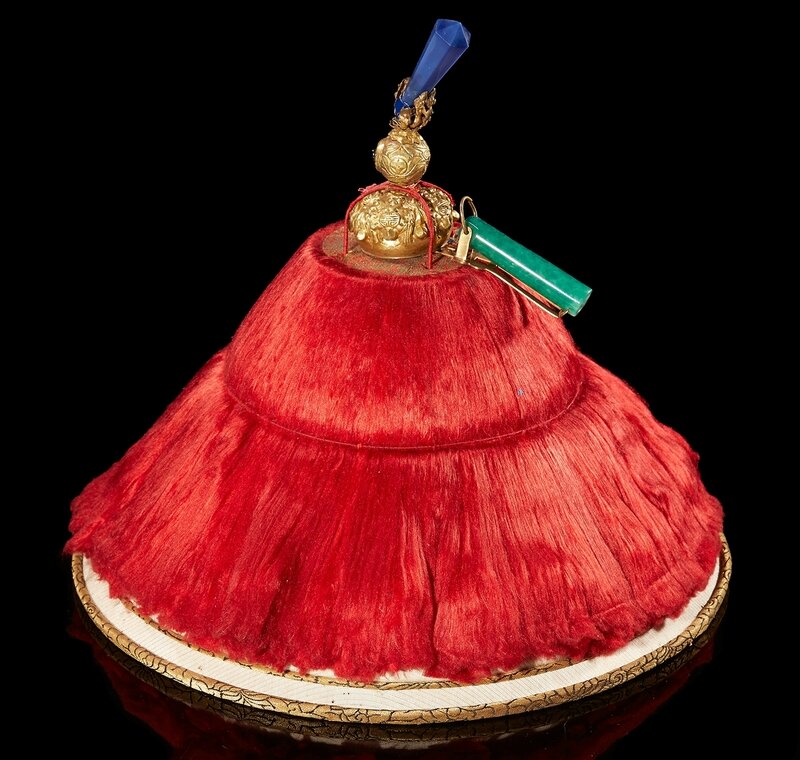 The gilded hat spike indicates a fourth rank by the blue Peking glass spike and blue cabochon. The official would wear this hat when wearing his chaofu robe and piling collar. The hat is covered with a red flossed silk instead of the traditional tassels. A centrally placed (simulated) pearl on the rim indicates the front of the hat, with green peking glass plume holder. The hat with original box. Hats of this style rarely appear on the market. The laws pertaining to the jewelled hats were written in 1636. The jewel on these hats closely resembles the lamaist stone called Rdo-rje 'master' stone, symbolising a pure mind, the gem capable of cutting through any substance, but which itself could not be penetrated. Many priests of the lamaist church wore hats surmounted by such 'master stones'.