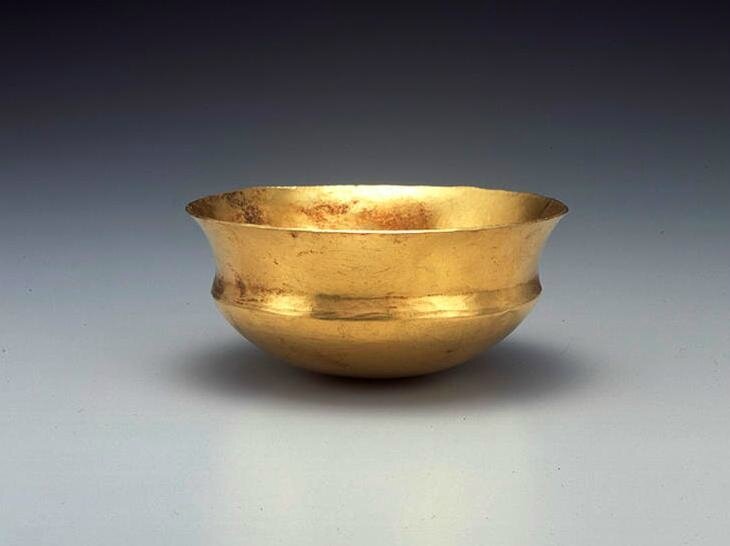 The protruding base of this bowl is fitted with a mouth rim that rises relatively vertically before flaring at its top. The exterior base of the bowl is decorated with a rounded tip 10 petal, double-layer rosette. The body of the bowl is covered with 16 narrow framed arches, each fitted with a protruding male head in the top of the arch. The clothing and hair of these males have been gilded. A vessel with three-dimensional figural heads as decoration is a type known from antiquity in Greece as a "Megaran bowls" cup, and a famous example of this tradition can be seen in the ivory rhyton from the Parthian period discovered at Nisa. One explanation of this rhyton states that it might have been made in Bactria. The possibility of such a source can be also indicated by the resemblance between the male heads on this bowl and the heads seen on the ivory seahorse excavated at Takht-I Sangin.