The jar has a tapering, broad-shouldered body is decorated in brownish-black on a cream slip with three lobed panels, one containing a figure of a scholar, another containing a crane and another a lotus, all between wavy line borders at the shoulder, neck and foot. The rim and the interior are covered with a brown glaze. 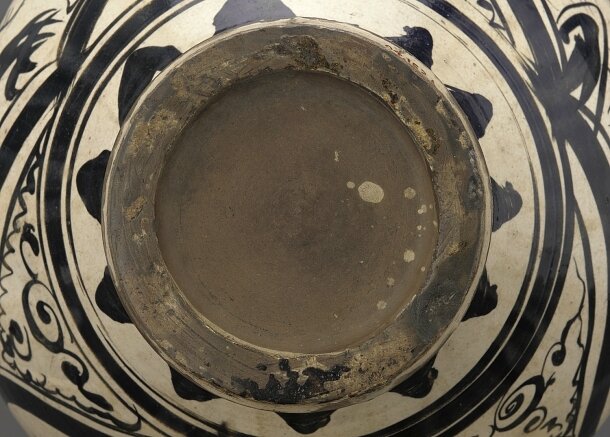 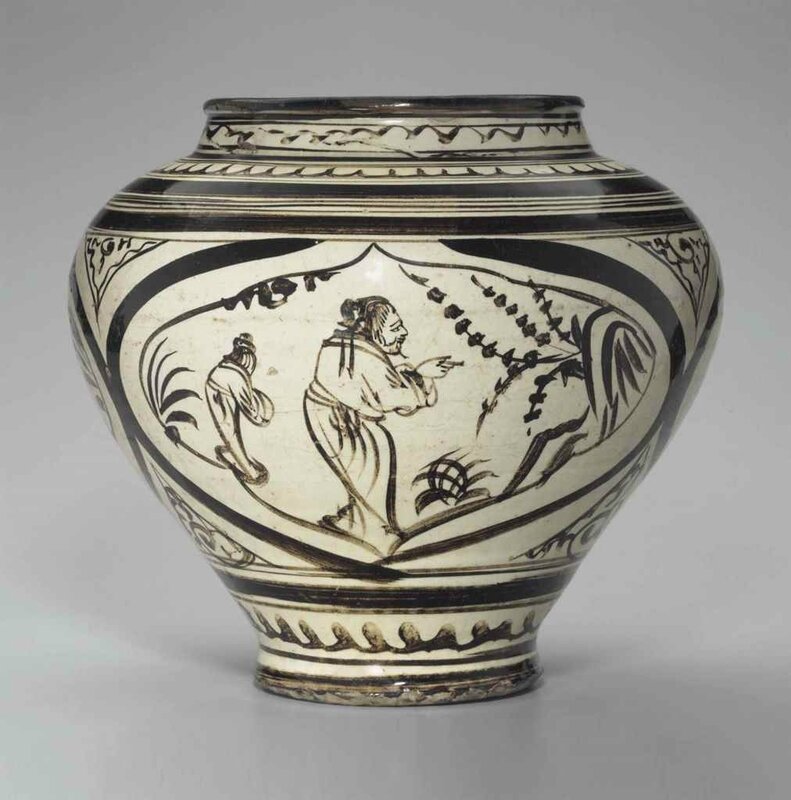