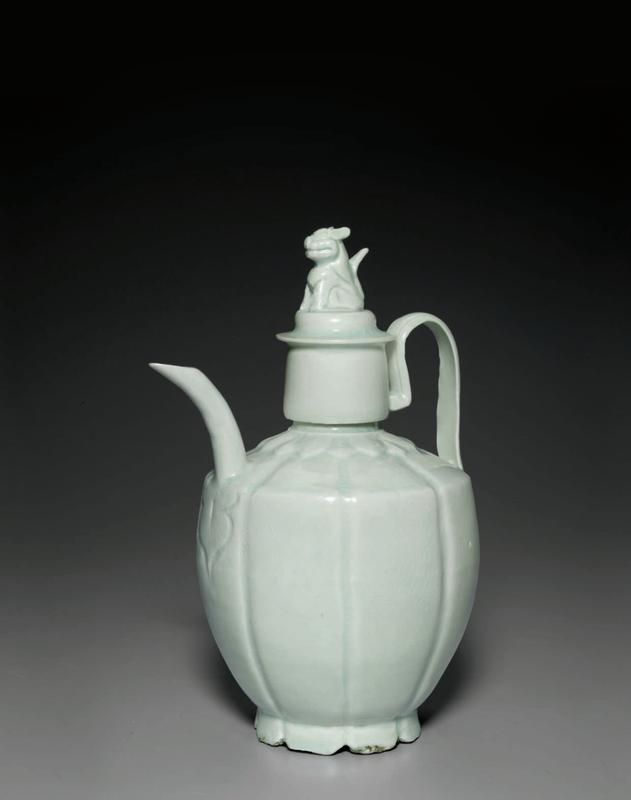 The body is potted with eight vertical lobes that rise to an overlapping lotus petal collar at the base of the trumpet neck, and a leaf is incised at the base of the curved spout and strap handle. The cover is surmounted by a Buddhist lion finial and has a small rectangular cut-out flanked by two tiny holes on one side to fit over the handle. The ewer and cover are covered overall with a transparent, pale aqua glaze.

Note: A similar qingbai ewer and cover, together with a deep bowl with petal-lobed sides, is illustrated in Porcelain Collected by Anhui Province Museum, Beijing, 2002, pp. 62-3, pl. 47, where it is dated Northern Song dynasty. Unlike the petal-lobed foot of the present ewer, the published ewer has a plain foot, and the handle is attached directly to the shoulder rather than the side of the neck as on the present ewer. This form of attachment necessitated the small cut-out area in the rim of the cover so that it could fit over the handle.