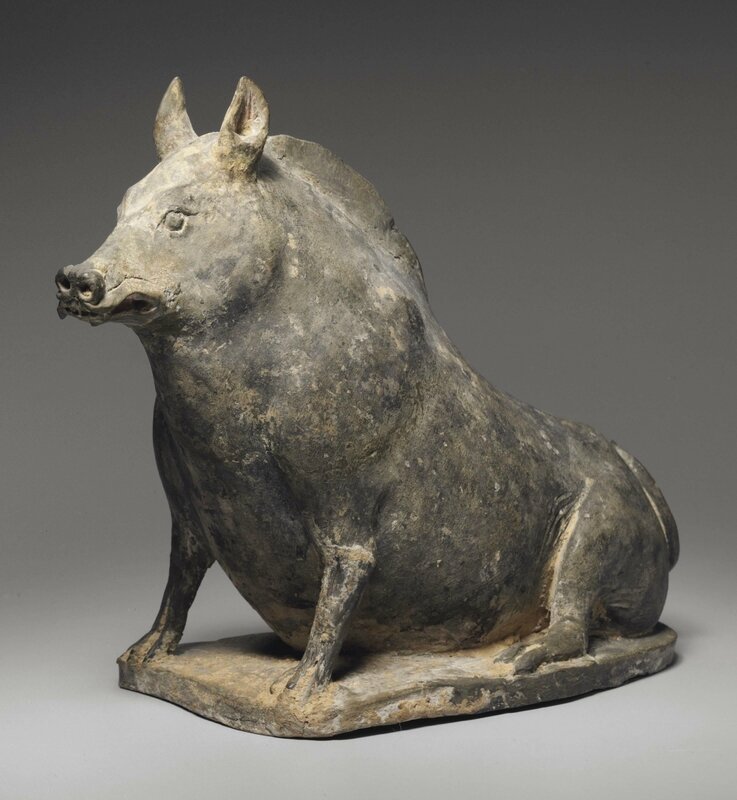 The well-modeled animal is shown seated on its haunches with slender front legs braced, with a narrow tapering snout, visible fangs and pricked ears, its fleshy body with distended stomach touching the base, its small tail curled up on its flanks and its spine with a bristled ridge. Traces of white slip, red pigment and earth are visible on the body.

Note: Compare, a grey pottery boar of this type, dated to Six Dynasties, but shown standing, illustrated by H. Visser in Asiatic Art in Private Collections of Holland and Belgium, Amsterdam, 1948, pp. 52 and 218, pl. 69, no. 143.

The result of Oxford thermoluminescence test no. 466f46 is consistent with the dating of this lot.