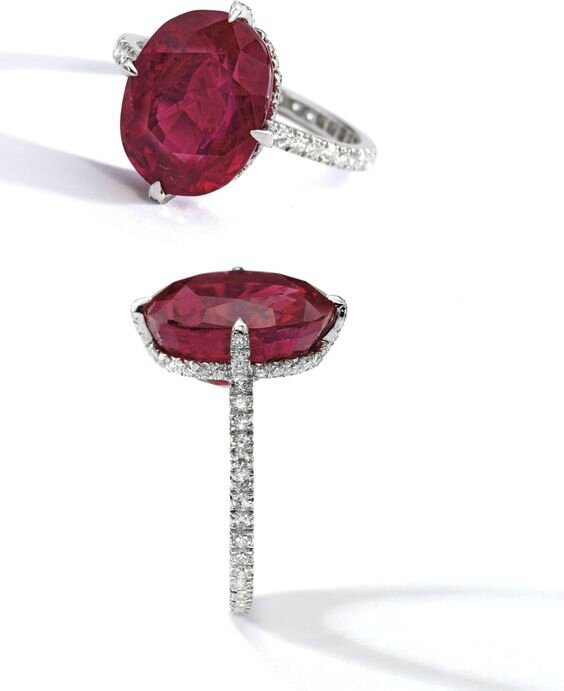 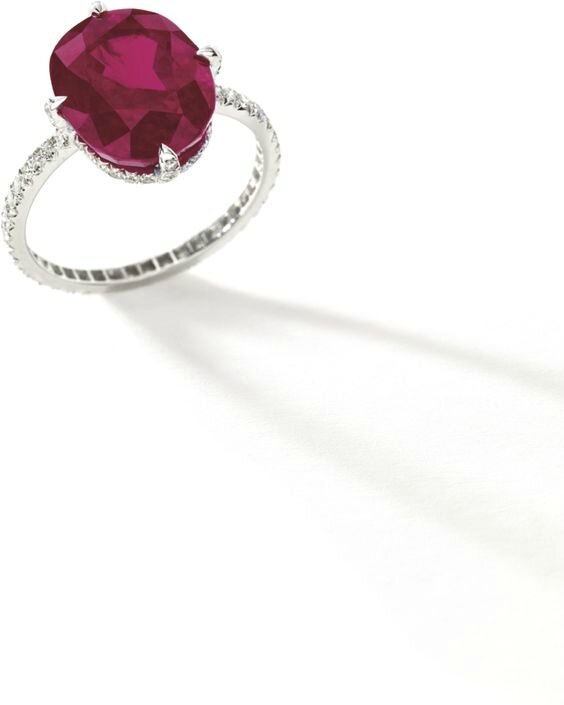 Accompanied by Gübelin and SSEF reports numbered 14100054 and 93135, dated 9 October 2014 and 26 June 2017 respectively, stating that the 8.49 carat ruby is natural, of Burmese (Myanmar) origin, with no indications of heating; also accompanied by SSEF appendix letter stating 'The natural ruby...possesses extraordinary characteristics and merits special mention and appreciation. The ruby is characterised by an attractive and vivid red colour and a fine purity...A natural ruby from Burma of this size and quality can be considered rare and exceptional.'