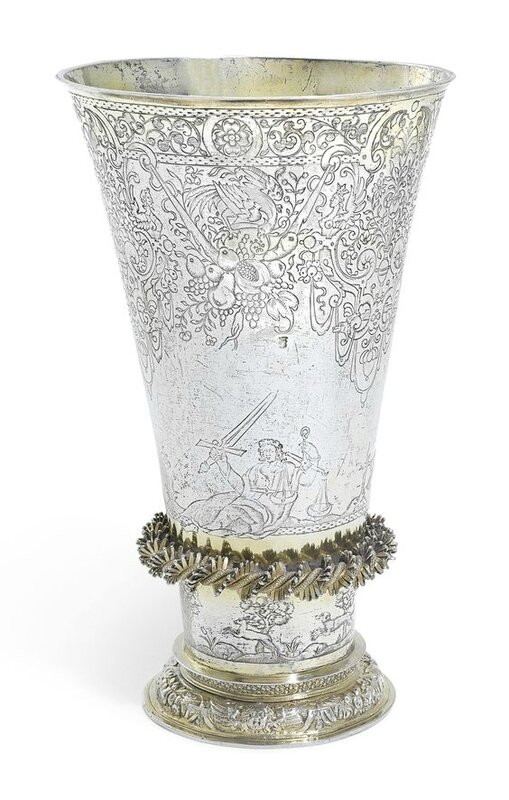 engraved with a toast being drunk to a guest at a party flanked by personifications of Justice and the Fleetingness of Life, richly engraved with fruit swags and birds in strapwork above a hunt and applied sheet scrollwork girdle, fitted with a Wolfgang Georg of Stollberg-Stollberg coin dated 1624 and inscribed

Note: The religiously tolerant city of Emden in West Frisia, became very rich in the 16th and 17th centuries due to the influx of Dutch refugees fleeing the Spanish. The pronounced girdle around the base of the beaker, found equally on pieces marked in the Dutch city of Groningen makes holding the beaker slightly uncomfortable. It would have been a gentle reminder to the 17th century drinker that life was not exclusively about celebration.