A round of applause broke out in the Woollahra gallery as the hammer finally fell on Fu Baoshi’s Landscape, which sold for $3.17 million including buyer’s premium (IBP), off a pre-sale estimate of just $5000-$8000.

The result makes the artwork one of the most expensive paintings ever sold in Australia.

The ink-on-paper hanging scroll was part of a 40-strong collection of Chinese paintings amassed by a Sydney- and Singapore-based family in the 1960s and not seen in public for 50 years.

Another work, Galloping Horse, attributed to Xu Beihong, lived up to its name by racing well past its $16,000-20,000 estimate to sell for $732,000 IBP. It was just one of several works that left their pre-sale estimates in the dust. 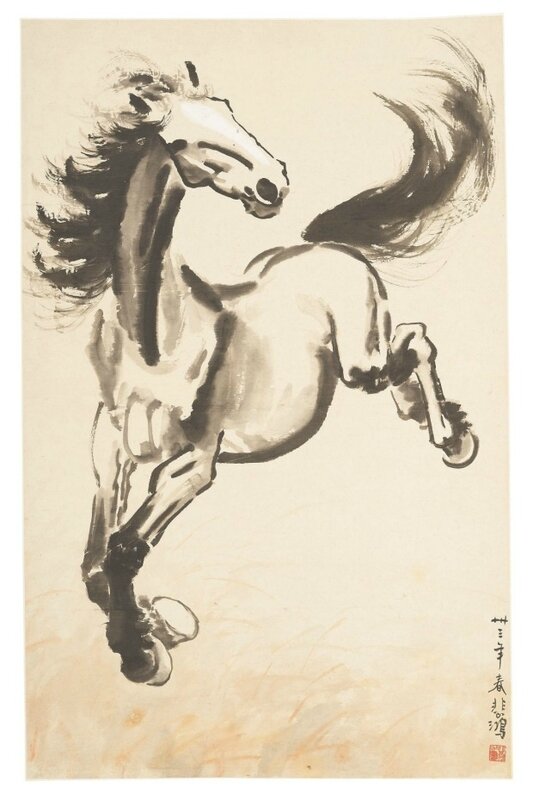 Bonhams’ Asian Art specialist Yvett Klein said it was unusual to have so many quality Chinese paintings come to auction in Australia, especially those by modern masters of the 20th century.

“The top lots from last night’s auction are some of the finest examples of the dramatic shift in Chinese art in the 20th century, as artists responded to a young republic in turmoil and struggle,” Ms Klein said.

“Bonhams’ sale yesterday also once again proved that there is no such thing as a local art market, as technology and our extensive global network allows us to operate in a truly international space.”