NEW YORK, NY.- The second edition of TEFAF New York Fall came to a close yesterday, November 1, 2017, at the historic Park Avenue Armory, following six days of steady, strong sales and attendance from international artworld and academic leaders, collectors, and the public. The Fair presented 95 of the world’s top art and antiques dealers, including a dozen new participants, with museum-caliber fine and decorative arts ranging from antiquity to the early 20thcentury, fostering a rare, diverse and vibrant visual experience.

"We had an unprecedented number of museum curators and buyers from across the nation that just don’t come to other fairs,” said Abby Graham, Owner, Taylor | Graham (USA; stand 85). “We made a number of sales, but what was interesting is that there is a buoyant market and appreciation for exceptional 19th-century works.”

One of the star sales of the Fair was made by Carlo Orsi – Trinity Fine Art (Italy, UK; stand 83), which sold a plaster copy of Anthony Canova’s (1757-1822) Rezzonico Genio, 1793, believed to be the only work of its kind on the market, for an asking price of $4 million. • Charles Ede (UK; stand 14) sold several works for over six figures, including a steatite Naophoros statue, Egyptian, New Kingdom, 18th Dynasty (c. 1400 BCE), with an asking price of $350,000 to a young collector within the first few hours; four Greek vessels to an established collector, two of which are destined for a museum; and, also on the first day, a Roman bronze Statuette of Mercury, almost certainly from Gaul, 1st century CE, for $120,000. Sales continued throughout the weekend, including an Egyptian limestone relief for $125,000 to a young couple, and an exceptional Greek bronze Griffin protome, Archaic Period, c. 625-600 BCE, for $225,000. 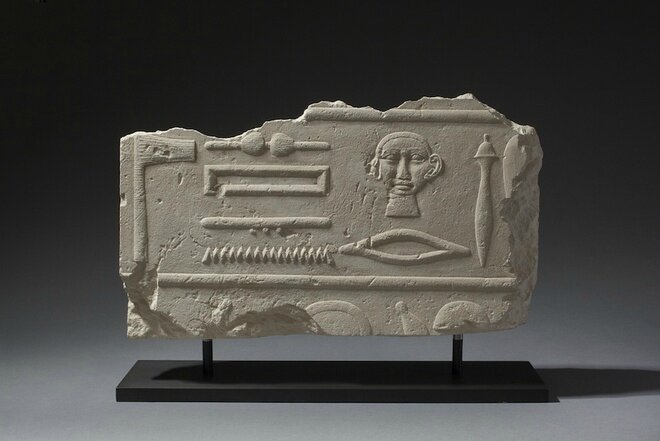 • Didier Aaron (USA, France, UK; stand 51) sold Soldier Holding Back a Horse and a Small Sketch of the Same Subject, a pen and ink work by François Hippolyte Lalaisse (1810-84), as well as Le jeune garçon effrayé by Louis Léopold Boilly (1761-1845), among other works.

• Galerie Delalande Paris (France; stand 17) sold a standing mechanical universal equinoctial ring dial, c. 1760, to an international European museum. The dial is engraved with the latitude of over 100 names of cities all over the world and signed 'Heath & Wing, Strand, London,' and was previously housed in a private European collection. • Haboldt & Co. (France; stand 29) sold An Idealized Female Figure, BustLength, probably an Allegory of Beauty by Italian Renaissance painter Michele Tosini, known as Michele di Ridolfo del Ghirlandaio (150377), which may have formed part of a series of heroines, queens from antiquity, and saintly figures executed by the artist in the 1560s. The young woman's features are nearly identical to those of the Magdalen in the collection of the Museum of Fine Arts, Houston. • Kunstkammer Georg Laue (Germany; stand 6) sold an exceptional Fortuna cabinet, ca. 1620, made of ebonised pearwood and firegilt copper to a private European collector for over $100,000. When the panel doors are opened, the drawer façade and inside of the panel doors are decorated with miniature paintings on copper by Hans Panzer featuring personifications of Hope, Good Fortune, and Misfortune, as well as scenes from Greek and Latin mythology and the Bible--all pointing to luck and lack of it in love affairs. An oil painting on limewood, Christ in the Garden of Gethsemane, Upper Rhine, c. 1470-80, was also sold. 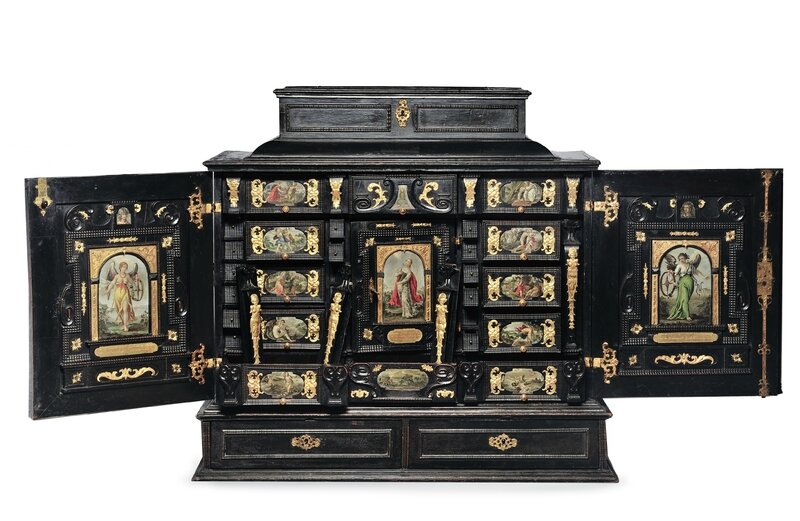 • Rob Smeets Gallery (Switzerland; stand 4) sold Portrait of a Young Lady by Lavinia Fontana (1552-1614), one of the most important women painters of the Italian Renaissance, to a private American collector. o The Archangel Michael by Alessandro Varotari, called Il Padovanino (1588-1649), who was heavily influenced by Titian and other Mannerist masters;

o Portrait of Don Antonio de' Medici by Alessandro Allori (1535-1607), one of three pictures that the artist painted of this subject, one of which resides in the Fogg Art Museum in Cambridge, MA; and

o Antonio Tempesta's (1555-1630) Battle Scene (Alexander the Great Battling the Persians?), painted on copper, from a private collection in Boston. This work, its vivid coloration enhanced by the copper support, is an exceptional example of Tempesta's small-scale paintings of battle scenes, for which he became most well-known, and were largely owned by important Roman patrons, and are now held in the collections of the Museo Borgogna, Vercelli, and the Musée Fesch, Ajaccio. 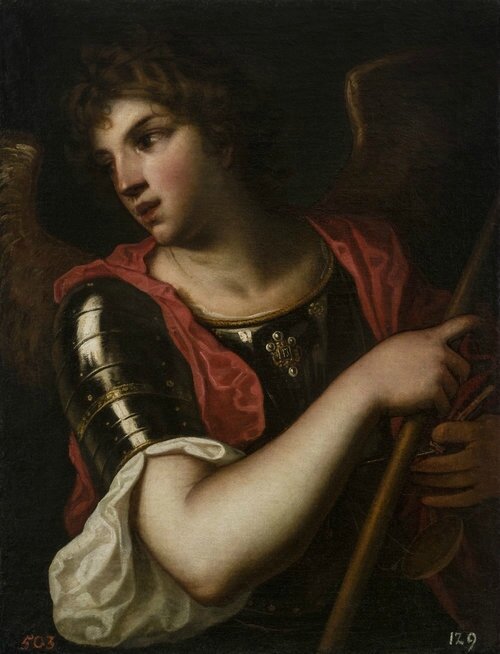 • Talabardon & Gautier (France; stand 94) sold Perspective View of the Temple of Hathor at Dendera, 1817, by French architect JeanBaptiste Lepère (1761-1844), an original drawing for plate 29 in volume IV of the Description de l'Égypte (published 1809-1822), and signed and numbered in pen and brown ink in the top left on the verso. Hubert Robert's (1733-1808) painting Capriccio of Antique Monuments of Provence, 1788, signed and dated, was also sold. Martin Clist, Managing Director, Charles Ede (UK; stand 14), noted: "We had our best start of any fair we've done in the USA, and sales continued to be strong over the next few days. The clients and the attendees in New York have a high degree of sophistication."

Also on view was an exhibition of never-before-seen large-scale photographs by contemporary artist Vera Lutter (b.1960), on loan from the Los Angeles County Museum of Art (LACMA) entitled Painting on Paper: Vera Lutter’s Old Master Photographs. Two packed special events accompanied the exhibition as part of TEFAF New York Fall’s cultural programming in the Armory’s Empire Restaurant, Board of Officers Room: a conversation with LACMA CEO and Director Michael Govan and Thomas Marks, Editor, Apollo Magazine, and a dialogue between Lutter and LACMA Curator Emeritus, and former Chief Curator of European Painting and Sculpture J. Patrice Marandel about her work.