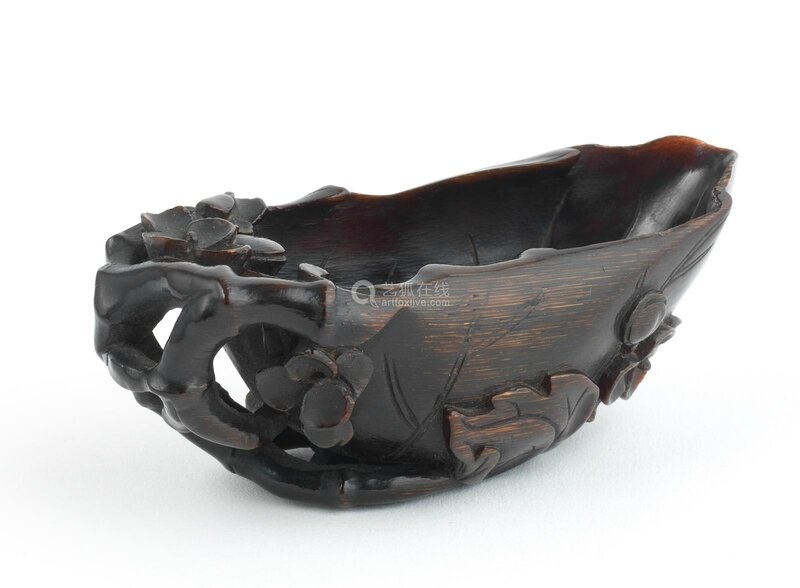 The dark-chocolate-toned horn well carved in the form of a curling artemisia leaf with incised veins, the handle formed of entwined branches issuing further leaves and flowers. 9cm (3 1/2in) long.

Note: The present lot is particularly rare for the method in which its shape was formed: rather than the typical method of carving the horn into the required form, a small section was cut from the side wall of the rhinoceros horn, and subsequently soaked until it was pliable enough to be curled into shape by hand; see J.Chapman, ibid., p.105. 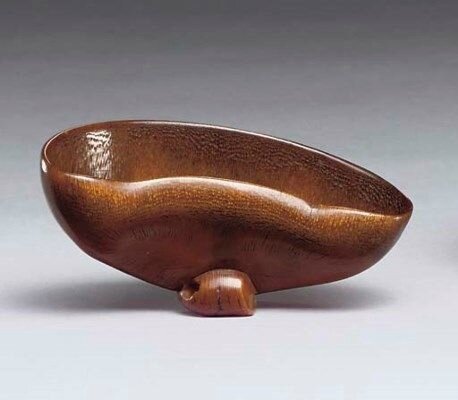