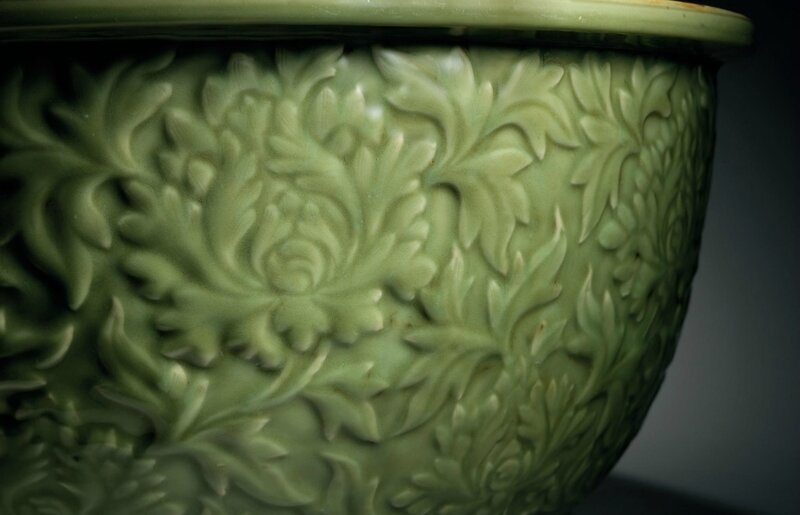 The thickly potted jardiniere is well carved with a wide frieze of dense peonies bearing large blossoms arranged in two rows, all below a flat, everted rim lightly incised with floral sprays, and above the lower body carved in imitation of a decorative stand with six ruyi-head legs joined by shaped aprons, covered inside and out with a glaze of rich sea-green tone, with central drainage hole, box.

Literature: Chinese Ceramics in the Idemitsu Collection, Tokyo, 1987, no. 598.

Note: Massive Longquan celadon jardinieres of this shape and with this type of fine relief carving are extremely rare, and no other example with the same design appears to have been published. A closely related example carved with lotus scroll is illustrated by Anthony du Boulay, Christie’s Pictorial History of Chinese Ceramics, Oxford, 1984, p. 97, no. 21, which is possibly the same as the jardiniere from the collection of William Randolph Hearst, sold at Christie’s New York, 16 September 1998, lot 26 (fig. 1). The band of floral sprays incised on the everted rim (fig. 2) is also found on blue and white cup stands from the Yongle period, such as the example in the Palace Museum, Beijing, illustrated in The Complete Collection of Treasures of the Palace Museum, Blue and White Porcelain with Underglazed Red (I), Hong Kong, 2000, p. 84, no. 81. 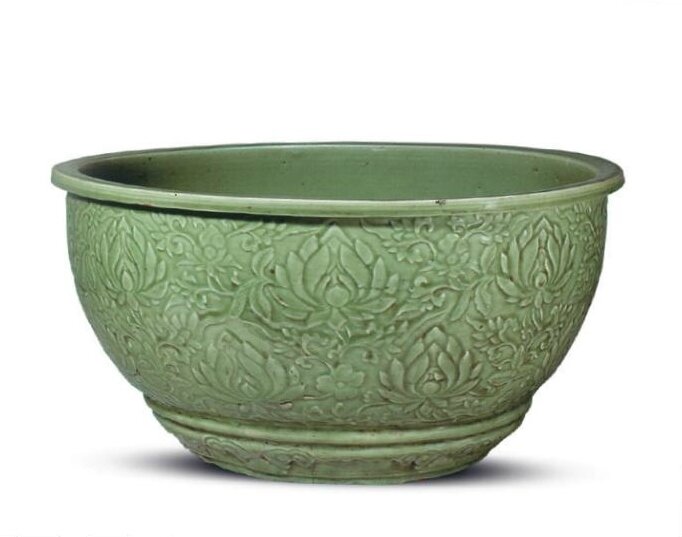