TOLEDO, OH.- This fall the Toledo Museum of Art unveils a focused and captivating exhibition of early Christian art. Blending exquisite beauty with historical significance, Glorious Splendor: Treasures of Early Christian Art features approximately 30 masterpieces of Late Roman art from private collections and TMA holdings, most of which have never been exhibited before in a museum.

“Glorious Splendor will showcase a dazzling array of Late Roman masterpieces and marks the first time that a special exhibition of work from this period will be offered to Museum visitors,” said TMA Director Brian Kennedy. 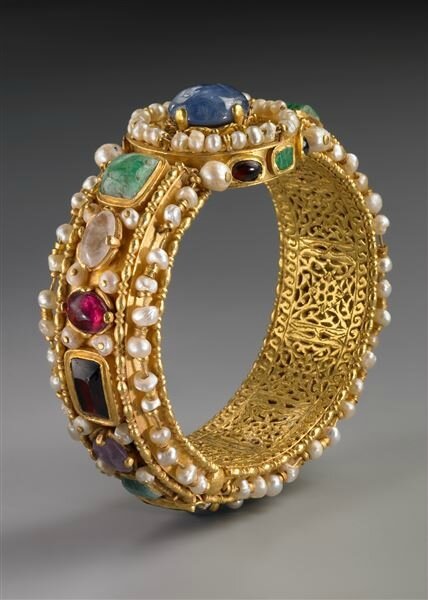 Glorious Splendor: Treasures of Early Christian Art, on view exclusively at TMA from Nov. 18, 2017, through Feb. 18, 2018, is curated by Adam Levine, TMA’s Associate Director and Associate Curator of Ancient Art.

Christian art borrowed heavily from non-Christian traditions in terms of its techniques and choice of media, its style and its iconography. Glorious Splendor traces these continuities through the most remarkable objects of the period – precious stones, metals and jewelry. The objects in the exhibition date from the 2nd century B.C. to the 7th century A.D. Cameo Busts of Septimius Severus and Julia Domna, Set in a Gold Pendant, from about 207-211 AD. Courtesy of Toledo Museum of Art

“TMA looks forward to presenting this glittering selection of early Christian objects and to exploring their importance in Western art and culture,” said Levine.

Among the highlights in the exhibition will be a large silver paten showing the earliest surviving image of the Communion of the Apostles (A.D. 542); a gold pendant cross with openwork decoration and sapphires (6th-early 7th century A.D.); a cameo with pearls depicting the annunciation (6th century A.D.); and gold earrings with garnets (1st century A.D.). In A.D. 330, the Emperor Constantine consecrated Constantinople as the new capital of the Roman Empire. Seven years later, Constantine died, and on his deathbed he was baptized. In part, for this reason, Constantine the Great frequently has been identified as a transitional figure ushering Rome from a pagan empire into a Christian one. As Glorious Splendor demonstrates, however, Christianity had grown considerably over the preceding three centuries, and its explosive growth continued for centuries afterwards.