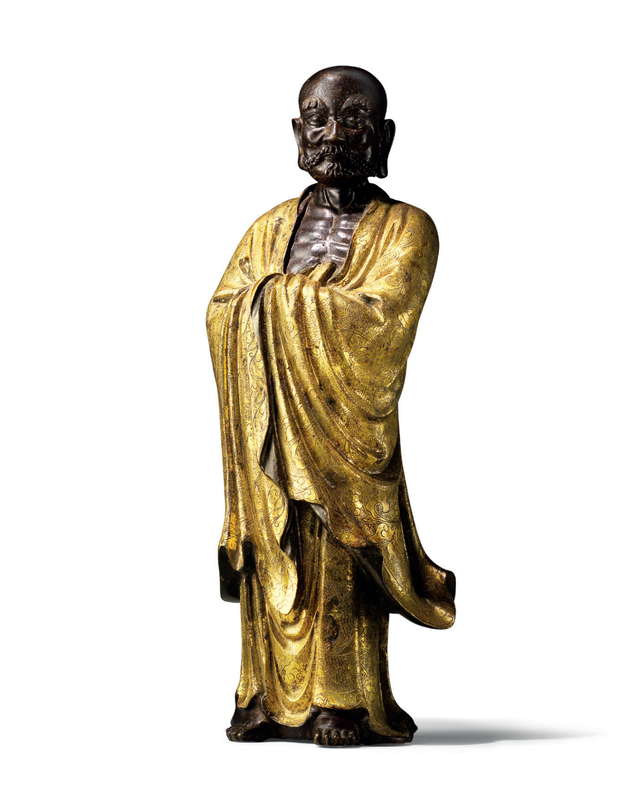 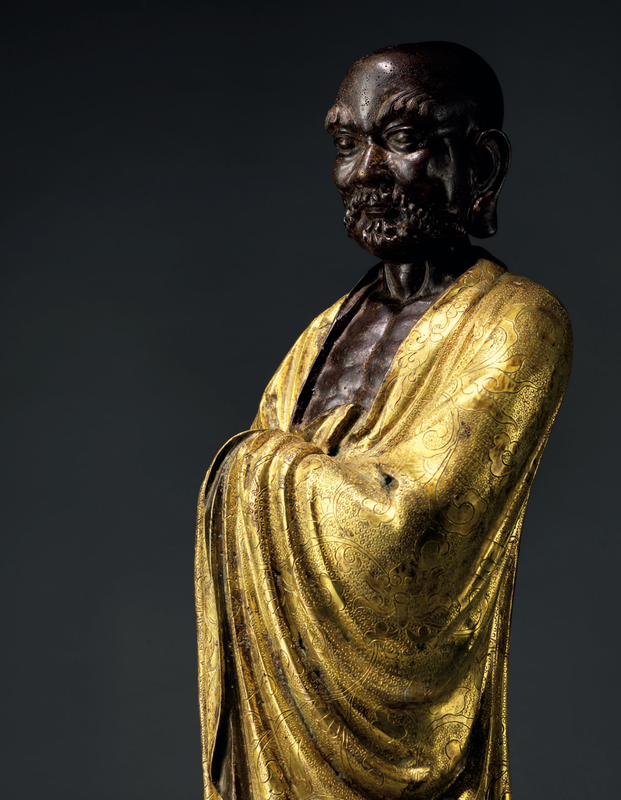 The attenuated figure is modelled standing barefoot, wearing loose robes gilt and finely chased with floral scrolls against a fish-roe ground, partially revealing his chest, his face with a serene expression, framed with bushy eyebrows, curly beard and moustache.

Note: The present figure is remarkable for its size, fine casting and superb chasing of details on the gilt robes. The modelling is confident and regal, most notably seen in the arresting expression of the deity as well as the liveliness of his form, such as the draperies on the robe swept gracefully to one side. This windswept depiction of Damo was particularly popular during the Ming dynasty, and could be seen on figures made in different media, such as a Dehua figure of Damo in very similar standing posture made by He Chaozong, sold at Christie’s Hong Kong, 26 November 2014, lot 3120. Compare to a smaller silver-inlaid bronze figure of Damo standing on waves, bearing the mark Shisou on the back, included in the exhibition Escape from the Dusty World: Chinese Paintings and Literati Works of Art, Sydney L. Moss Ltd., 1999, pl. 115.

Damo was a monk of Indian origin who travelled to China in the sixth century, whose teachings became the foundation of Chan Buddhism. Damo is often depicted standing barefoot on a reed leaf, representing the episode when he crossed the Yangtze River in this manner to evade his pursuers.