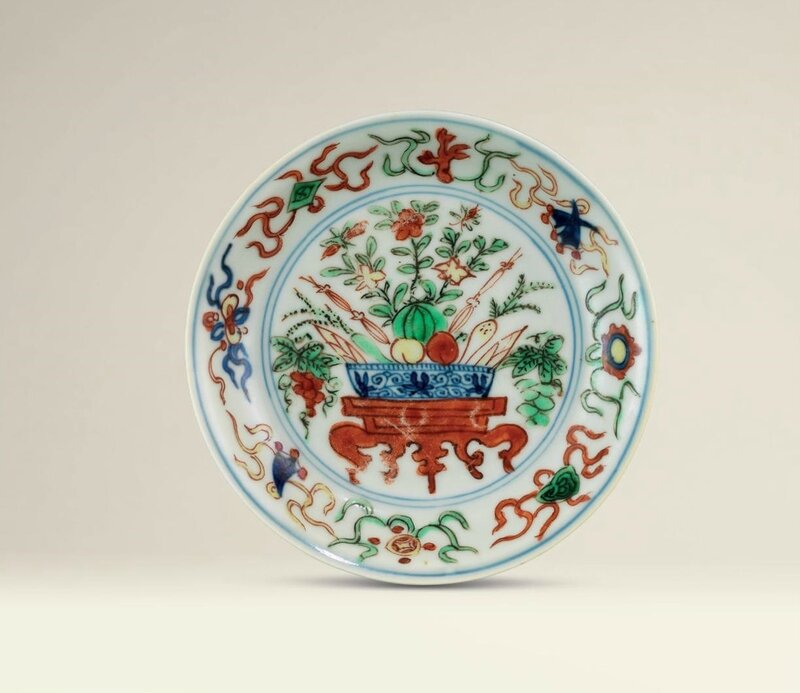 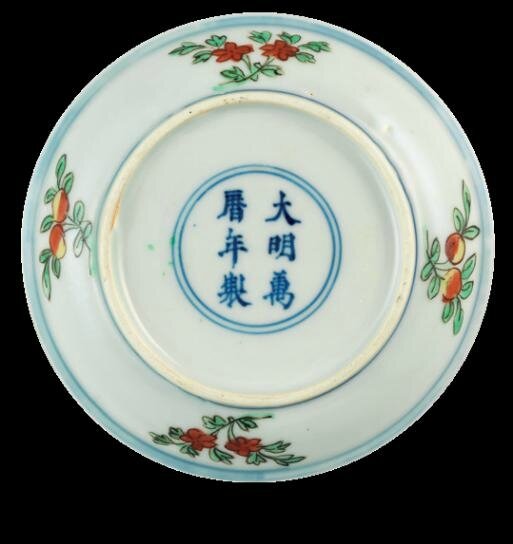 The central medallion is finely painted in underglaze blue with a shallow bowl overflowing with a melon, peaches, bamboo shoots, radish, lotus roots, flowers and grapes rendered in the wucai palette, supported on an iron-red stand with butterflies hovering above, below the cavetto painted with the Eight Treasures, babao. The reverse is decorated with four fruiting and flowering peach sprays.

Note: There appears to have been two types of this 'abundant fruit' pattern produced during the Wanli period. The first group is designed with a pattern around the cavetto and the other with a plain cavetto, such as the dish from the K. R. Malcolm collection, included in the exhibition, Arts of the Ming Dynasty, illustrated in the Catalogue, Oriental Ceramic Society, 1957, no. 215. Compare with four dishes of this exact pattern with the babao on the cavetto: the first illustrated in Mayuyama Seventy Years, 1976, vol. I, p. 316, no. 945; and three others sold at auctions, two at Sotheby's London, 17 December 1996, lot 80, and 2 December 1997, lot 213, respectively, and one at Christie’s Hong Kong, 1 December 2009, lot 1876. A dish surrounded by lingzhi sprays was included in the exhibition, Sung-Ming, Treasures from the Holger Lauritzen Collection, Ostasiatiska Museet, Stockholm, 1965, and illustrated in the Catalogue, no. 87.