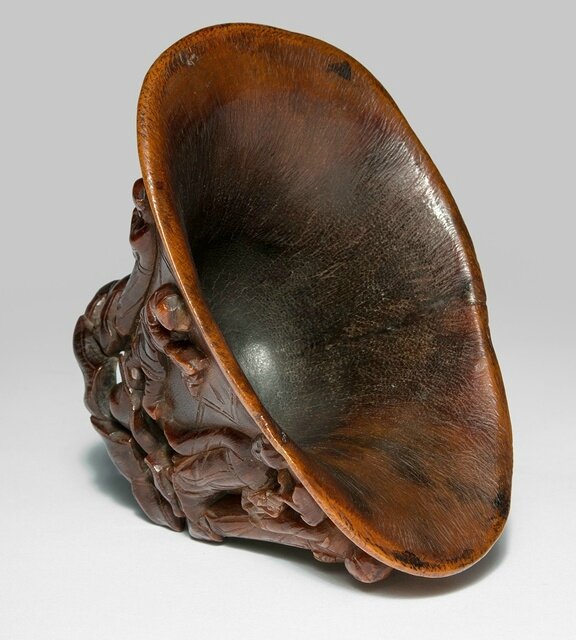 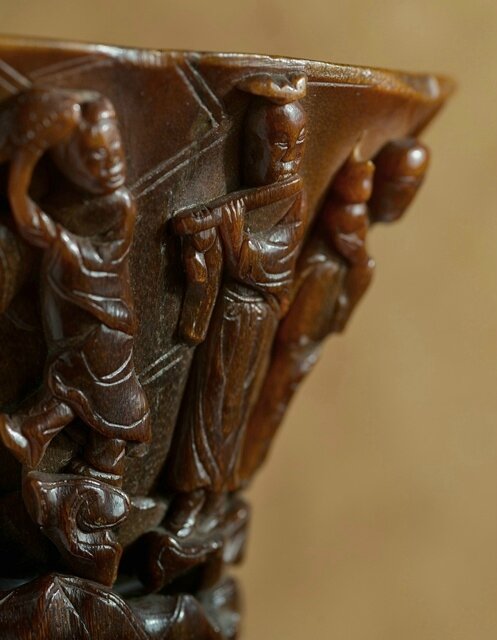 finely carved as a veined lotus leaf, carved on the exterior in relief with Shoulao, the God of Longevity, flanked by a deer and flying on a crane, surrounded by the Eight Immortals, each holding his respective attribute, all below relief carved ruyi-shaped clouds, raised on an openwork base in the form of rocks, the interior undecorated, the horn of honey-brown tone. Slightly chipped, few small repairs, very minor losses.

Provenance: Property from an old North German private collection, inherited 1970 from a family member by the present owner.

The figures represented on the exterior of the rhinoceros horn cup are Shoulao and the Eight Immortals, a group of legendary deities depicted in Chinese Daoist mythology, consisting of Lu Dongbin, He Xiangu, Lan Caihe, Zhang Guolao, Han Xiangzi, Zhong Liquan, Li Tieguai and Cao Guojiu. Together they form the auspicious pun representing wishes for longevity, baxian pengshou. This subject matter would have been suitable for a birthday celebration.