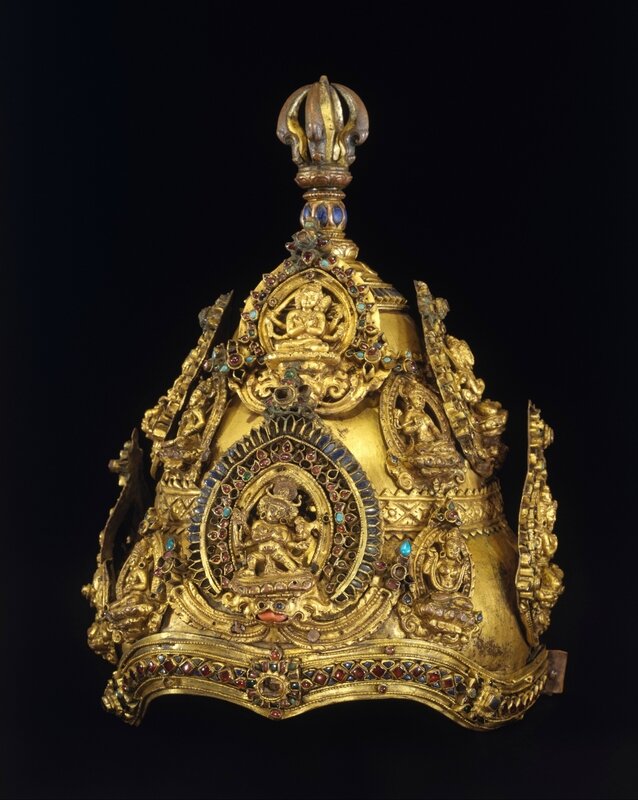 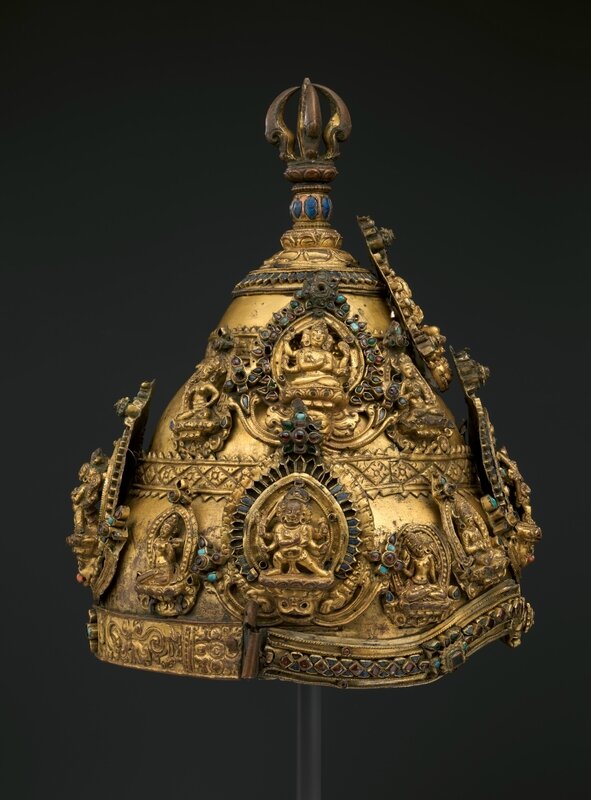 Elaborate crowns such as this were worn by Vajracarya priests, the highest rank in the Nepalese Buddhist community. The conical crown is unique to Newari Buddhism and embodies a memory of older and now lost Indian Buddhist practices. The term Vajracarya denotes both a caste and a family name, and the designation entitles its holders to perform reserved priestly functions, analogous to the privileges held by Brahmans in Hinduism. This crown is exceptional in its complexity: It is dominated by a series of diadem plaques depicting emanations of the wisdom bodhisattva Manjushri, benign and wrathful. All is surmounted by a five-pronged thunderbolt scepter, or vajra. This unique iconography points to the crown being designed for enacting rites dedicated to invoking Manjushri.