Coconut Cup with scenes from the story of the prodigal son, probably Nuremberg, mid-16th century

Coconut Cup with scenes from the story of the prodigal son, probably Nuremberg, mid-16th century 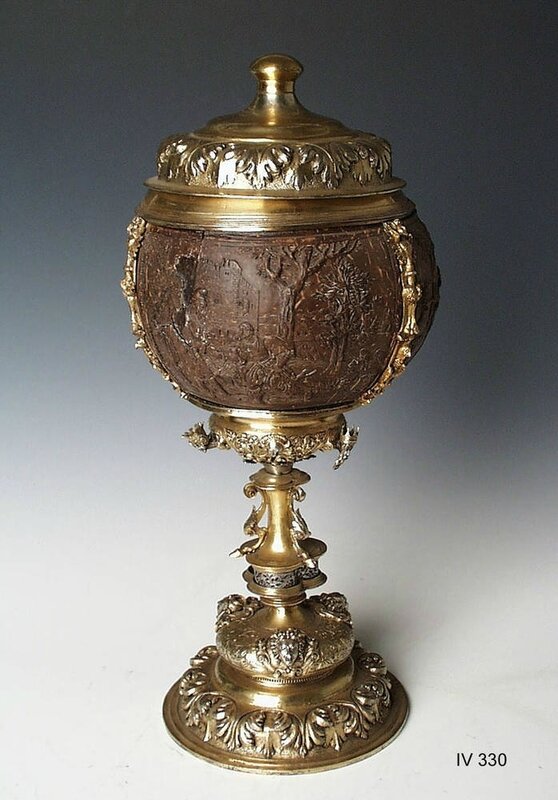 The "Native American" nuts imported from Central and South America have been processed by Western European goldsmiths into precious and imaginative drinking vessels since the second half of the 16th century, three examples of which are gathered here. The serving as Kuppa coconuts have often been refined with finely carved reliefs. The stocky trophy shows scenes from the story of the prodigal son, which go back to a then widespread series of prints by Hans Sebald Beham. In the bottom of the cuppa is a medal with the image of Christ and the inscription> EGO SUM JHESUS A ET O <. It is possible that the trophy is one of the two listed in the electoral treasury inventory of 1586/87, "Engulfed Indian Noss in Vorgult silver, with lids".
Posté par : Alain Truong à 22:35 - Art du XVIème siècle/16th century Art - Commentaires [0] - Permalien [#]
Tags : Coconut Cup, Green Vault, mid-16th century, Nuremberg