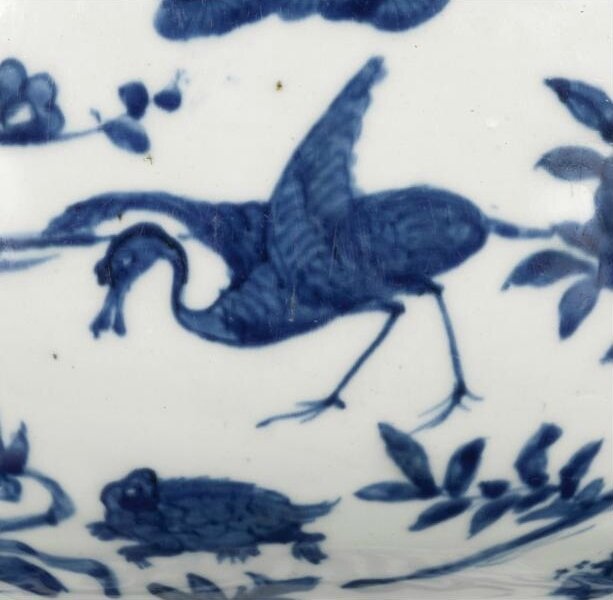 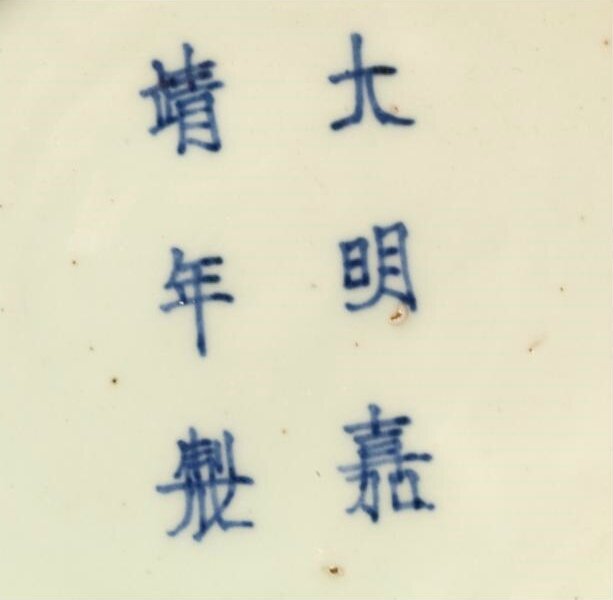 the lower bulb brilliantly painted in cobalt blue with deer and cranes amongst a garden landscape with the ‘Three Friends of Winter’ and a fruiting peach tree, below scrolling peaches and a pendent lappet band, the upper bulb painted with stylised shou characters and a pair of cranes amidst lingzhi sprigs, prunus and bamboo, the neck the foot encircled with bands of scrolling foliage, inscribed to the base with a six-character Jiajing mark.

Note: The present vase is impressive for its size, robust potting and decoration in vibrant blue cobalt which is characteristic of ceramics wares made during Jiajing's reign. The design, much favoured by the emperor, is rich in symbolism: the wish for long life is represented by the cranes, peaches and lingzhi fungus, while the twisted branch on the upper bulb forms the character for longevity, shou.

A similar vase from the Harry Oppenheim collection and now in the British Museum, London, is illustrated in Jessica Harrison-Hall, Chinese Ceramics, London, 2001, pl. 9:35, together with a larger double-gourd vase painted with figures in a landscape, pl. 9.36. Another slightly larger vessel of this form and decoration, in the Metropolitan Museum of Art, New York, is published in Suzanne G. Valenstein, A Handbook of Chinese Ceramics, New York, 1975, pl. 166, where the author notes that although quantity became the ultimate goal at the Jingdezhen kilns and enormous orders from the Palace were to be filled, Jiajing wares can be appreciated for their enthusiastic, somewhat insouciant style and high spirited quality (ibid., p. 187). 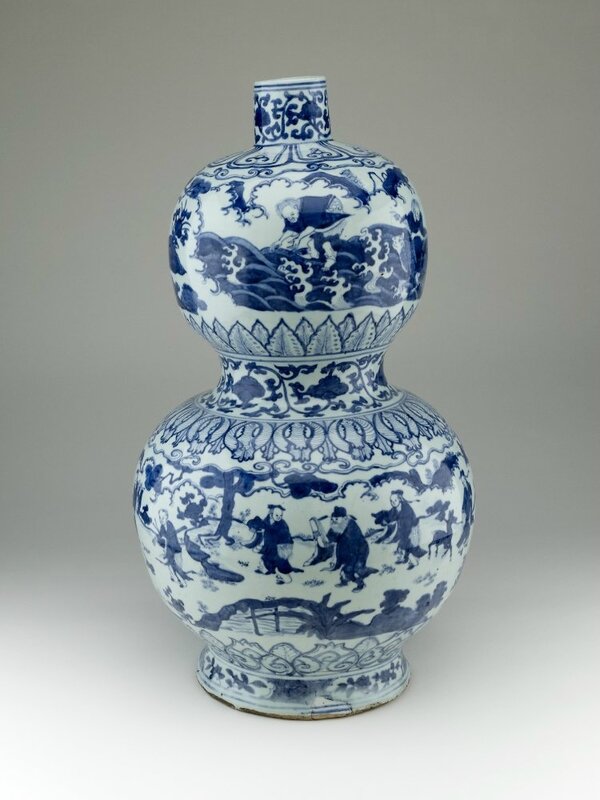 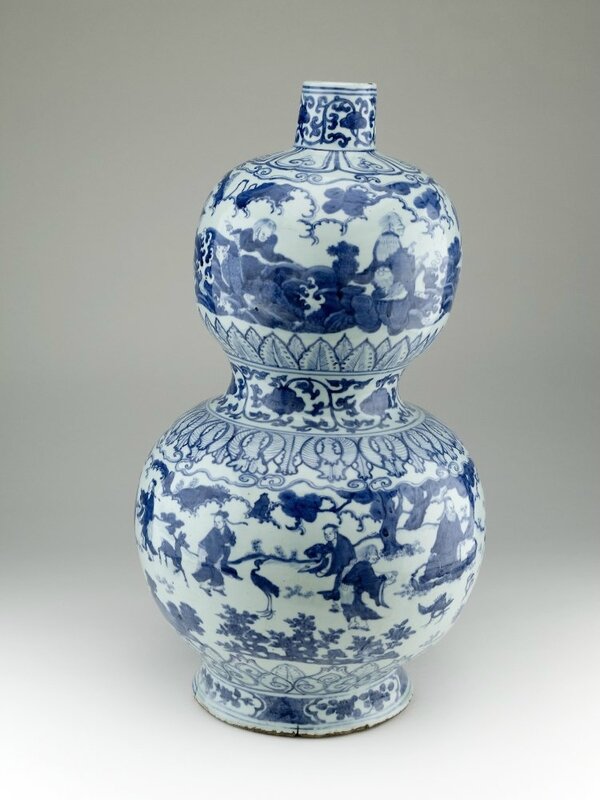 Compare also a vase in the National Palace Museum, Taipei, included in Blue-and-White Ware of the Ming, book V, Taipei, 1963, pl. 4, together with a smaller double-gourd form vase painted with cranes pl. 5; one in the Gemeentelijk Museum het Princessehof, Leeuwarden, published in Daisy Lion-Goldschmidt, Ming Porcelain, London, 1978, pl. 123; another from the collections of Mr. and Mrs. R.H.R. Palmer and T.Y. Chao, sold in our Hong Kong rooms, 18th November 1986, lot 53; and a fourth example, from the collection of David Home, included in the exhibition Chinese Art, National Gallery of Scotland, Edinburgh, 1944, cat. no. 599, and on loan to the Royal Scottish Museum, Edinburgh, 1971-75, sold in these rooms, 8th June 1975, lot 127.