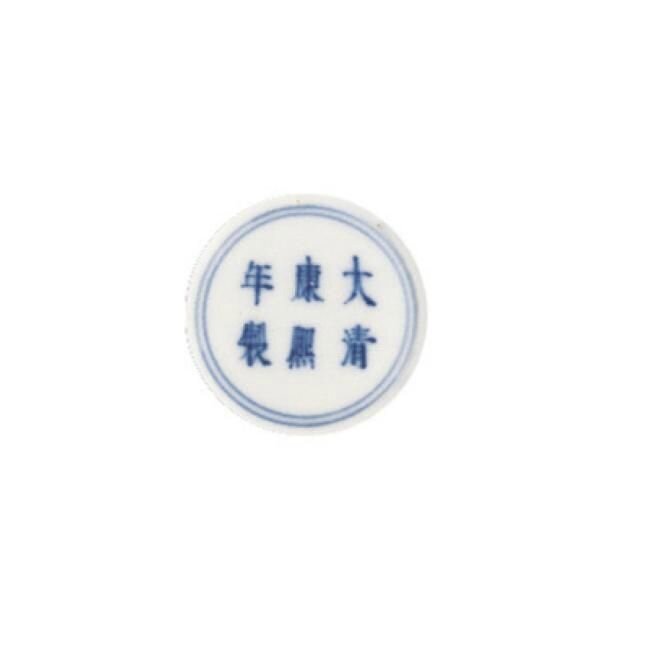 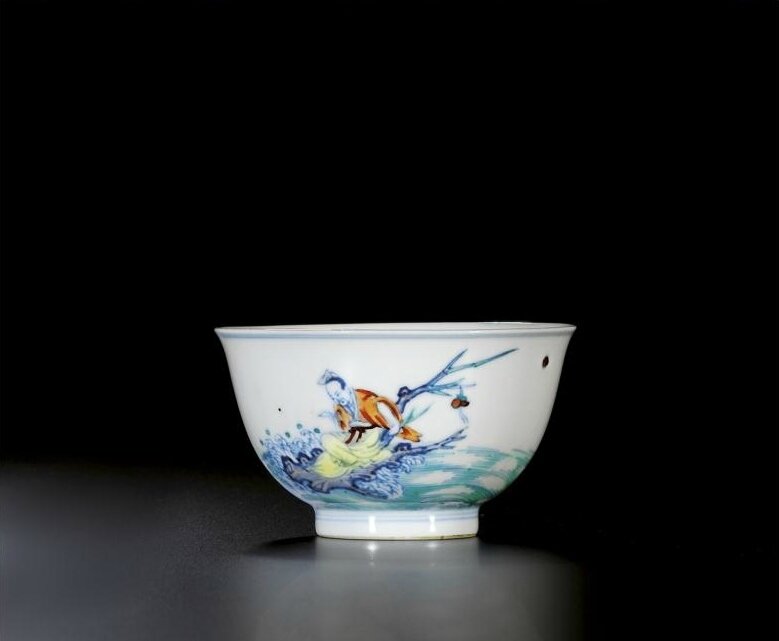 each delicately potted with deep rounded sides resting on a short foot, the exterior depicting Zhang Qian reading whilst travelling on a wooden raft over flowing waters, all in a greater landscape consisting of two bats, a crane and a vertical rock formation, the base inscribed with a six-character mark within double circles in underglaze-blue (2).

Note: This pair of bowls depicts the Han Dynasty statesman and explorer Zhang Qian. He was regarded as the first official diplomat who brought reliable information about Central Asia back to the Chinese imperial court and was celebrated for his important pioneering role in opening China to the world of commercial trade. Zhang Qian's accounts of his explorations of Central Asia are detailed in the Early Han Historical Chronicles: Restoration of the Grand History (Shiji), complied by Sima Qian in the 1st century BC. Numerous legends also cite his expeditions of discovering the source of the Yellow River, the origins of the Milky Way galaxy, and discovering the process of wine making, hence the popularity for using this subject among wine vessels. A wine vessel in the form of a rhinoceros horn depicting the same subject was sold in our New York rooms, 21st September 2006.

It is rare to find doucai cups of this design with a Kangxi six-character reign mark, although a similar pair from the E. T. Chow Collection was sold in these rooms, 25th November 1980, lot 133. A 'doucai' cup of similar size and shape but of different figural motif, is in the Palace Museum, Beijing, illustrated in The Complete Collection of Treasures of the Palace Museum, Wucai / Doucai, Vol. 33, Hong Kong, 1999, p. 218, no. 199.

Commentaires sur A finely enamelled and rare pair of 'doucai' bowls, Marks and period of Kangxi (1662-1722)