NEW YORK, NY.- In a letter from September 13, 1621, describing a large painting of a lion hunt that he had just completed, Peter Paul Rubens expressed what he believed to be essential to his art: it had to be powerful and graceful. A constant quest to achieve an equilibrium of these two qualities lay at the heart of his work. The same can be said of Anthony van Dyck and Jacob Jordaens, who studied with Rubens and whose lives and careers were entwined with—and influenced by—the senior artist.

A new exhibition at the Morgan Library & Museum, Power and Grace: Drawings by Rubens, Van Dyck, and Jordaens, brings together an extraordinary selection of twenty-two works on paper by these three giants of Flemish Baroque art, demonstrating the crucial role the medium of drawing played in their individual practice and highlighting their graphic styles. The show, which includes work from the Morgan’s collection supplemented with a small number of loans, is on view from January 19 through April 29, 2018.

“The Morgan is particularly well-suited to tell the fascinating story of the intersection of these three artists in works on paper,” said Colin B. Bailey, director of the Morgan Library & Museum. “Its collection of drawings by Rubens, van Dyck, and Jordaens is unparalleled in the United States. Rubens, the teacher, cast a long shadow on all who studied with him. Nevertheless, van Dyck and Jordaens, while acknowledging their debt to Rubens, would develop their own characteristic techniques and become renowned masters in their own right.” Peter Paul Rubens (1577–1640), An Ecorché Study of the Legs of a Male Nude, with a Subsidiary Study of the Right Leg, ca. 1600– 1605, pen and brown ink, Kasper Collection of Drawings and Photographs © Christie’s Images.

Peter Paul Rubens (1577–1640)
Of the three artists in the show, Rubens was the most prolific and versatile draftsman. His output includes compositional studies, designs for book illustrations and architecture, portrait drawings, figure studies, and retouched drawings. He also created numerous copies after older masters, such as the exhibited sheet with motifs from a 1576 Bible with woodcuts by Tobias Stimmer (1539-1584), which he drew as a teenager. Throughout his life, Rubens remained deeply invested in the art of past generations.

While he was in Italy in 1600-8, he developed a keen interest in human anatomy after encountering the drawings of Leonardo da Vinci, the work of Michelangelo, and ancient sculpture. Seeking to understand the human form in order to create credible figures in his work, Rubens made many anatomical drawings and kept them in his so-called annotomibock (anatomy book). One such drawing, an écorché study of the buttocks and legs of a man (with the skin removed to reveal the musculature), is probably based on a small sculpture that Rubens could pick up and illustrate from different vantage points.

Rubens also drew nude studies from live models, a practice he would teach to van Dyck and Jordaens in the period of ca. 1617-20 when they were both at work in his studio. His Seated Male Youth—a tour de force in his drawn oeuvre—is a study for the figure of Daniel in the celebrated painting Daniel in the Lions’ Den (National Gallery of Art, Washington, DC). Rubens likely drew this formidable figure from a live model. At the same time, the pose is so close to a drawing by Girolamo Muziano, which Rubens likely owned, that Rubens may have used it as a template for posing his model. This drawing demonstrates Rubens’s conviction that art should always respond to older art, but ultimately also be based on observations taken from nature. 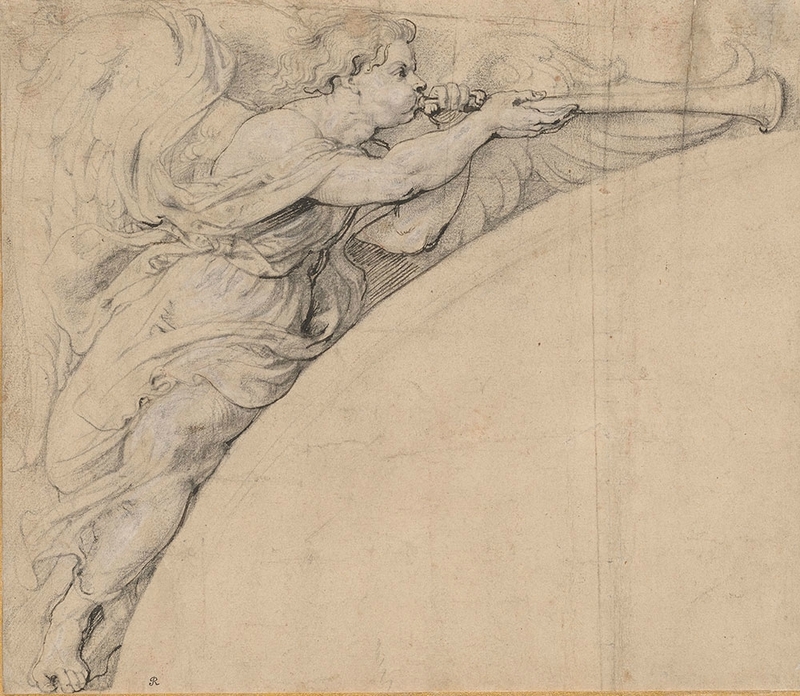 Anthony van Dyck (1599–1641)
The Morgan’s rich holdings of van Dyck drawings include works from nearly every phase of his career. As a young artist, van Dyck often made many drawings to work out his compositions, each time moving away from the examples set by other artists, Rubens in particular. A wonderful early example is his Mystic Marriage of St. Catherine (ca. 1618-20), which was executed during the time he worked in Rubens’s studio, one of seven compositional drawings he made for a majestic painting that today hangs at the Prado in Madrid.

Like Rubens, Van Dyck was also deeply influenced by the example of earlier art. The virtuoso sheet with two studies for Diana and Endymion (ca. 1625-27) displays a profound influence of Italian models, including a fresco by Annibale Carracci and several antique sculptures, suggesting that it dates from van Dyck’s Italian sojourn of ca. 1621-27.

As an experienced artist later in his career, van Dyck felt less need to work out his compositions in multiple drawings. He did sometimes make studies for elements in his paintings, such as the Morgan’s Study for the Dead Christ (ca. 1635–40), a preparatory drawing for his late painting Lamentation of Christ (ca. 1635–40). Here, van Dyck revisited the method he had practiced in Rubens’s studio of drawing from the nude model in order to achieve the realistic rendering of the human body and the light reflections on the flesh. Jacob Jordaens (1593–1678)
Although Jordaens never traveled to Italy, he avidly took to heart Rubens’s insights about the importance of studying ancient art, in particular muscular antique sculpture. A recently discovered drawing, Study of a Male Nude Seen from Behind (ca. 1617–20), created from a live model while Jordaens was working in Rubens’s workshop, demonstrates how he also learned from Rubens to observe the human body from life. Jordaens took great care to depict the complex muscle structure of the burly man’s back, combining strong highlights in white chalk with perfectly placed accents in red and black chalk.

Jordaens would often create head studies from life to aid the production of his large, multi-figure paintings of merry scenes and religious narratives. He used his spirited drawing of a Mother and Child, for which he used his wife and daughter as models, in the impressive King Drinks of 1638-40 (Musée du Louvre, Paris).

After Rubens’s death in 1640, and that of van Dyck in 1641, Jordaens became the most productive and highly sought artist in Antwerp. Throughout his long career, compositional drawings were an essential part of his creative process, which was fueled by his contact with the physical sheet of paper. In a design for his 1663 painting (Landesmuseum, Mainz), Jordaens portrayed the twelve-year-old Christ in conversation with the elders of the Temple in Christ Among the Doctors (ca. 1663). He prepared this study with a complicated technique that included an underdrawing in charcoal, reinforced contours in black chalk, and different layers of watercolor and opaque watercolor. Unlike most artists, Jordaens used this elaborate combination of media not for independent, but for working drawings. 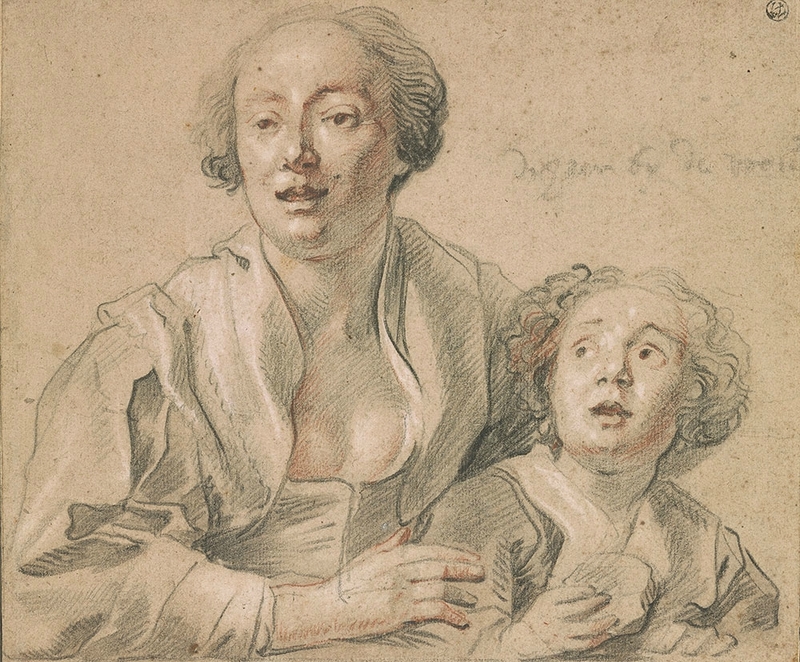