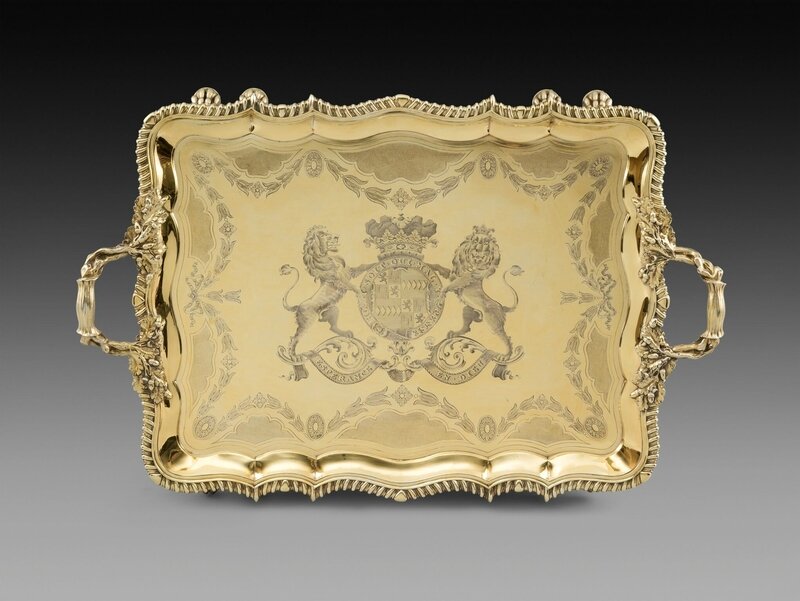 To coincide with the opening of TEFAF Maastricht, Koopman Rare Art has produced an illustrated catalogue entitled Rococo to Regency, which presents selected highlights from the company’s collection of silver dating from these two exciting periods in the history of English silver.

All the silver featured in the catalogue can be seen on Koopman Rare Art’s stand such as an impressive George III silver gilt Ambassadorial mirror plateau, bearing the maker’s mark of Digby Scott & Benjamin Smith and Paul Storr, which takes a central position. This show-stopper, dating from circa 1814 has not been seen since it was included in the Rundell, Bridge and Rundell exhibition in Koopman’s London showroom in 2005. When extended with all its five sections, the oblong plateau measures 264 cms in length and the sides alternately applied with the Royal arms and a coat-of-arms Baron Stewart’s coronet above. Baron Stewart, later 3rd Marquess of Londonderry (1778-1854), fought with Wellington in many of his campaigns and was a politician and diplomat of note. Asking price in the region of £160,000.

Lewis Smith, Director of Koopman Rare Art, said: “The silver market is upbeat as proved by the sale of several significant sales since the end of 2017. For example we were delighted to sell a monumental and highly important pair of George III silver gilt chargers made by Paul Storr in 1813 for royal goldsmiths Rundell, Bridge & Rundell. The only pair from the series of ‘Bacchus and Ariadne’ they were originally purchased by William Pole-Tylney-Long-Wellesley, 4th Earl of Mornington (1788-1857), nephew of the Duke of Wellington.

“We also sold a pair of distinguished George IV parcel gilt ‘swan’ candlesticks, made in London in 1827 and bearing the makers mark of John Bridge for Rundell, Bridge and Rundell, as well as a stunning gold and hardstone portrait snuff box made by Johann Christian Neuber in Dresden circa 1770 NS presented by Frederick Augustus III, Elector of Saxony, to the Danish envoy Christian Sehestedt Juul.

“These sales provide a good optimistic vibe and go to show that there remains a strong demand for outstanding pieces of great quality. As always at TEFAF we are delighted to be presenting an exciting selection of significant antique silver by leading silversmiths, the majority with impeccable provenances”. 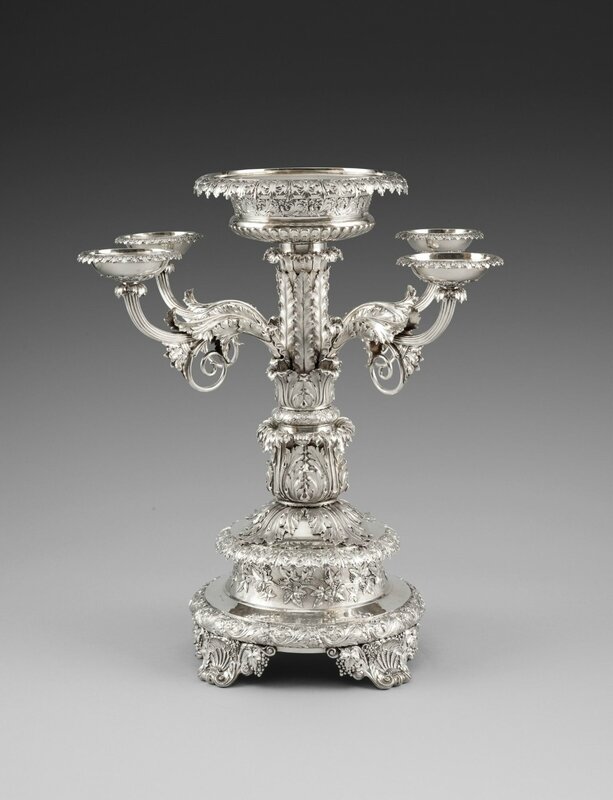 An example of early Victorian silver is massive Victorian 'Turtle' soup tureen and cover in the renaissance style, dating from 1846 made by Robert Garrard and bearing the coat-of-arms of the Hope family (asking price in the region of £58,000).

Classified as an objet de vertu is a spectacular 19th Century large, rock crystal, enamel and silver winged hippocampus, made by the prominent Austrian silversmith Hermann Ratzersdorfer in Vienna circa 1880. Ratzersdorfer was renowned for his particularly flamboyant objets de vertu in the neo-renaissance revival style many of which he carved from hardstones such as rock crystal, agate and lapiz lazuli, these were subsequently mounted in silver and silver-gilt with additional champlevé and painted enamel decoration. In this piece, the rock crystal body, which measures 45.7cm high, is carved with scales, shells and fiery dragons, while the mounts are pierced and enamelled with further winged monsters among scrollwork. Asking price in the region of £125,000. A spectacular 19th Century large rock crystal, enamel and silver winged hippocampus is another remarkable work of art to behold. Made by the prominent Austrian silversmith Hermann Ratzersdorfer in Vienna circa 1880. Asking price in the region of £125,000.  © Koopman Rare Art

The exceptional collection of gold boxes provides another reason to visit the Koopman Rare Art Stand. Originally made as snuff boxes, due to their preciousness and the superb quality of craftsmanship they were never used as such. Instead they were prized as objects of great beauty to be displayed and admired. A particularly noteworthy example is an exquisite 18th century gold oval-shaped box decorated with panels of translucent blue-green guilloche enamel. The cover is painted in purple camaïeu with a charming scene of two putti filling their quiver with flowers. Made in Hannau, circa 1780 the box has an asking price in the region of £44,500. Another oval box bears an enamel portrait miniature of an elegant lady (asking price in the region of £39,500), while a rectangular narrow box is simply decorated with panels of translucent cherry-red enamel and green enamel and white bead enamel entrelac sablé borders (asking price in the region of £13,500). Both were similarly made in Hannau in the late 18th century. 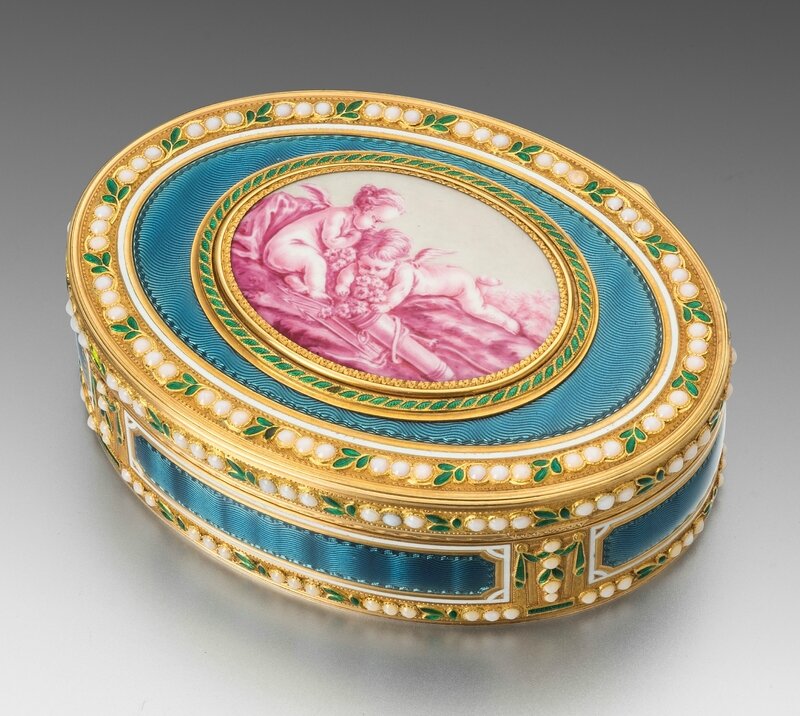 Other treasures on Koopman Rare Art’s stand range from the 16th century, an example being an exceptionally rare Elizabeth I tankard, through to the middle of the 20th century with examples by post-war silversmiths such as Stuart Devlin.