Painted on each side with confronted five-clawed dragons contesting a central flaming pearl above breaking waves and rockwork, the spreading foot with scrolling foliage, the rim with a diaper band, the loop handles with molded dragon-heads.

For another Jiajing blue and white dragon censor from the Qing Court Collection, see The Complete Collection of Treasures of the Palace Museum, Blue and White Porcelain, Vol. 35, Hong Kong, 2009, p.120, pl. 110. 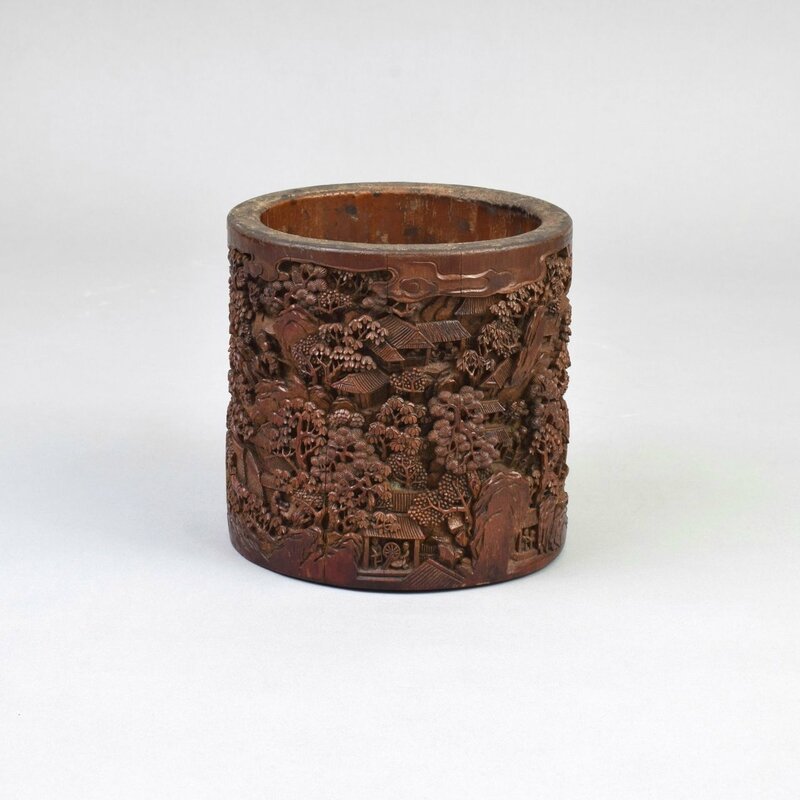 Superbly carved in a continuous scene in deep relief around the cylindrical body with various scenes of silk production from the collection of mulberry leaves for the silkworms and the various stages until the spinning of the final yarn, all set in a luscious dense wooded mountain landscape with a variety of tree species, walled compounds, fenced areas and small buildings all carefully delineated and peopled with industrious workmen at their trade. 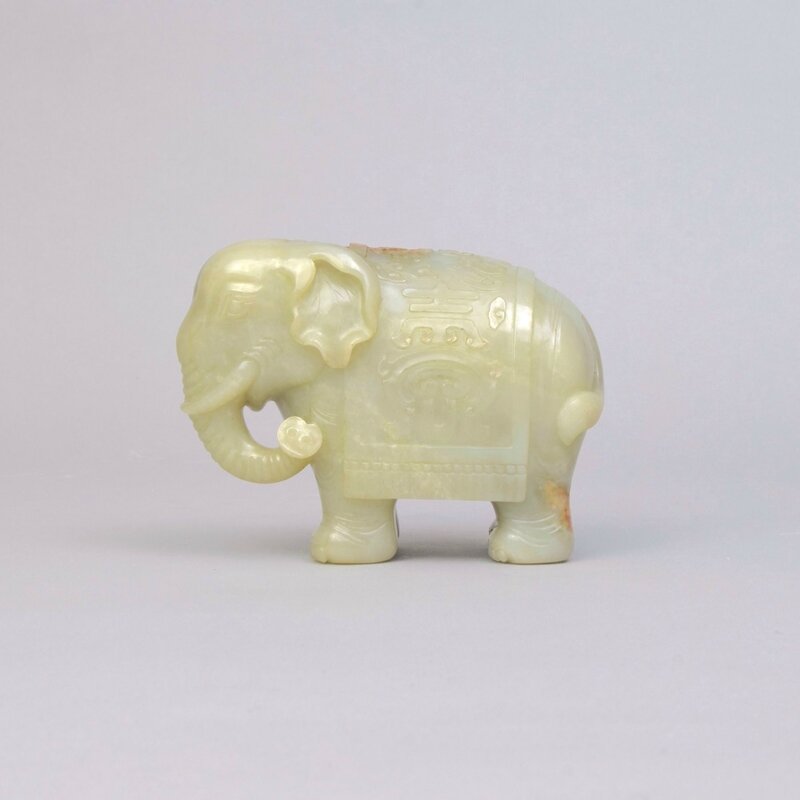 Standing foursquare  with a tassled blanket thrown over its back and carved in low relief with shou characters at each side and two bats amidst clouds at the center, the trunk and tail swishing to the left side of the beast, very fine and subtly-carved details to the trunk, ears, tail and feet.

The elephant (xiang) is an auspicious symbol which is used in numerous rebuses to convey peace, prosperity and good fortune. It is a pun for "sign" xiang, pronounced and written the same way. It is also associated with the mythical emperor Shun, one of the twenty-four paragons of filial piety. It also has Buddhist connotations being a mount for the diety Samantabhadra.