International masterpieces at the Rijksmuseum from Cranach to Velázquez, Rembrandt and Manet

International masterpieces at the Rijksmuseum from Cranach to Velázquez, Rembrandt and Manet AMSTERDAM - From 8 March to 3 June 2018, the Dutch national museum, the Rijksmuseum, is presenting High Society. Over thirty-five life-size portraits of powerful princes, eccentric aristocrats and fabulously wealthy citizens by the great masters of art history, including Cranach, Veronese, Velázquez, Reynolds, Gainsborough, Sargent, Munch and Manet. The centrepiece will be Rembrandt’s spectacular wedding portraits, Marten Soolmans and Oopjen Coppit which will be shown for the first time following their restoration. Never before has there been an exhibition dedicated to this most glamorous type of portrait: life-size, standing and full length. Loans have come from museums and private collections from all over the world including Paris, London, Florence, Vienna and Los Angeles.

High Society also gives a glimpse into the informal life of the well-to-do. More than eighty prints and drawings from the Rijksmuseum's own collection show what went on behind closed doors: parties, drinks, gambling and amorous encounters.

The works vary from the early sixteenth to the start of the twentieth century. Masterpieces include the impressive portraits of Henry the Pious, Duke of Saxony, and Catharina, Countess of Mecklenburg by Lucas Cranach the Elder (1514), the married couple Iseppo da Porto and Livia da Porto Thiene with their children by Veronese (1555), Don Pedro de Barberana y Aparregui by Velázquez (ca. 1631-33), Portrait Jane Fleming by Sir Joshua Reynolds (1778/79), The Artist by Edouard Manet (1875) and of course Marten Soolmans and Oopjen Coppit by Rembrandt (1634). 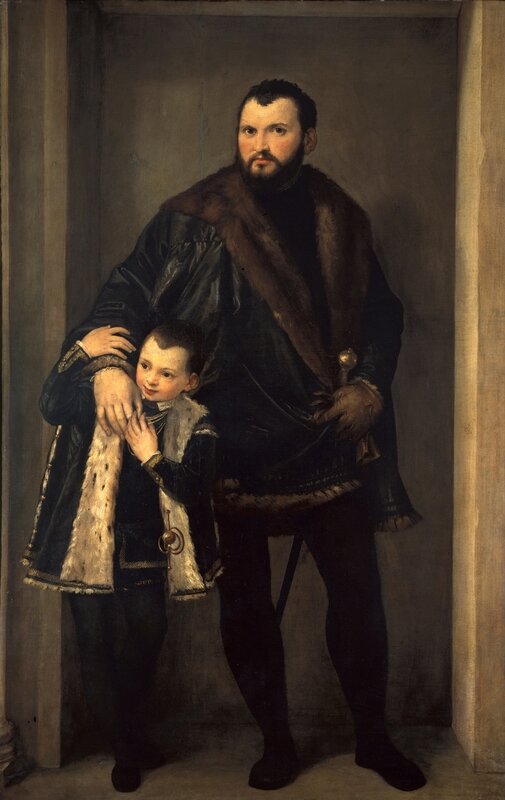 Most of the people portrayed are very lavishly dressed, giving the exhibition an overview of four centuries of fashion: from the tightly cut trousers and doublet from 1514 to the haute couture of the late nineteenth century. Some of the subjects portrayed, however, are wearing fancy garments in an antique style. Another is wearing a kilt, yet another is not wearing trousers and one is almost completely naked. Remarkably, those portrayed often have dogs with them. One man is accompanied by a lion. One couple have their children with them. The backgrounds can be richly decorated interiors, often with columns and/or curtains, or a summer or winter landscape. One man is standing in front of an imaginary landscape with palm trees, while another is adopting a flamboyant pose in front of the Colosseum in Rome.

Whereas the life-size portraits show the well-to-do in their Sunday best, three rooms in the exhibition are devoted to activities that take place for the most part behind closed doors: parties, drinks, gambling, amorous encounters and brothel visits. Based on the vices of Gluttony, Greed and Lust, more than eighty prints and drawings from the collection of the Rijksmuseum have been assembled, many showing humorous and satirical scenes, often with a strong moralizing message in the inscriptions. High Society celebrates the acquisition of Rembrandt’s spectacular wedding portraits of Marten Soolmans and Oopjen Coppit by the Netherlands (Rijksmuseum) and France (Musée du Louvre) in 2016 from a private collection. The wedding couple is the only couple that Rembrandt ever painted life-size, standing and full length (1634). The paintings are on display in the exhibition for the first time since their restoration – completed at the beginning of 2018. The High Society exhibition is the overture to the Year of Rembrandt in 2019, during which the 350th anniversary of the death of the artist will be extensively celebrated. 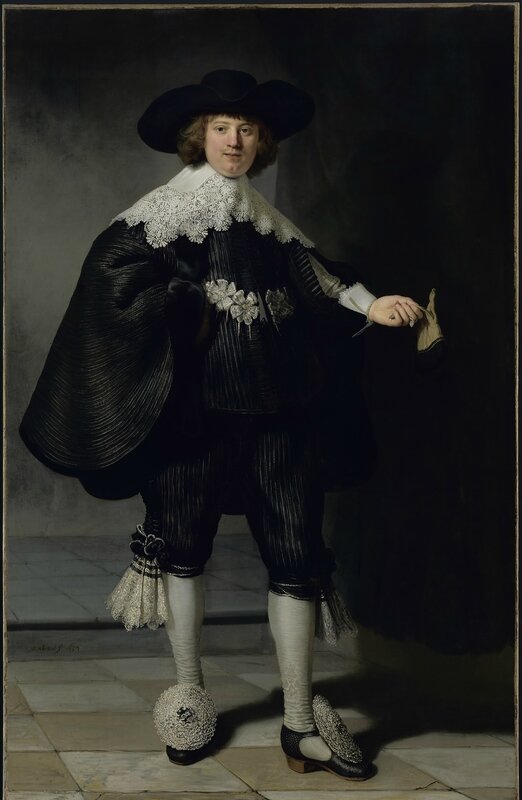 Rembrandt van Rijn, Portrait of Marten Soolmans, 1634. Acquired by the Dutch State for the Rijksmuseum.

The exhibition High Society is made possible by the Blockbusterfonds, ING, FedEx and the Patrons of the Rijksmuseum.

The Portraits of Marten Soolmans and Oopjen Coppit by Rembrandt are jointly purchased by the Kingdom of the Netherlands and the Republic of France in 2016. Rijksmuseum Collection and Musée du Louvre Collection. 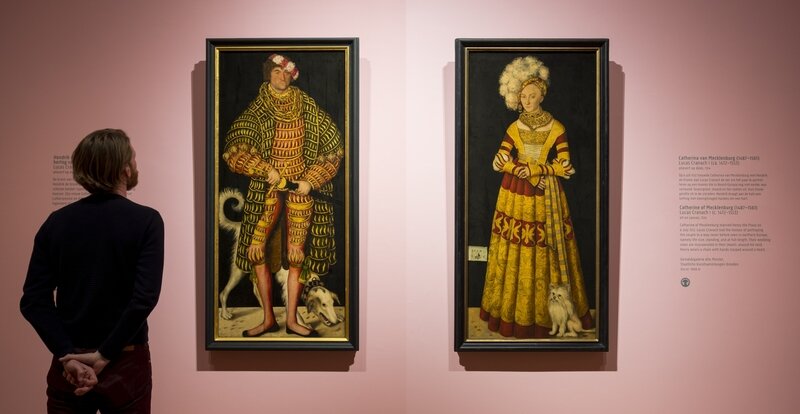 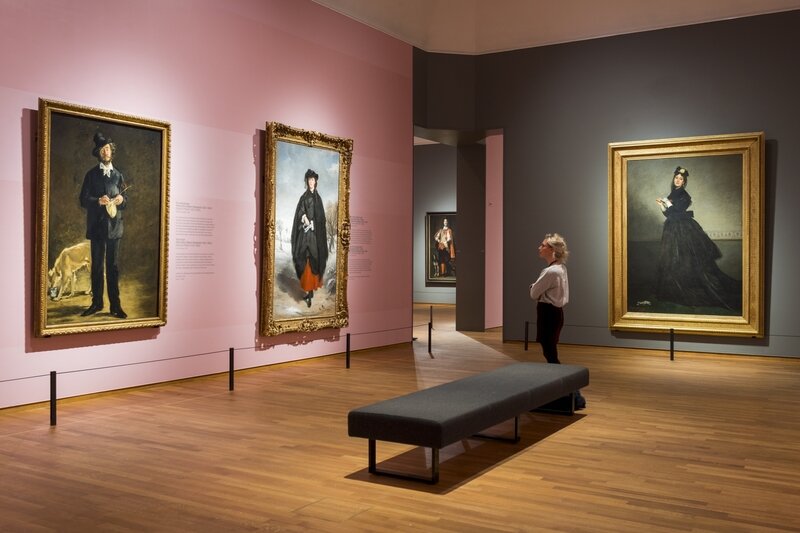 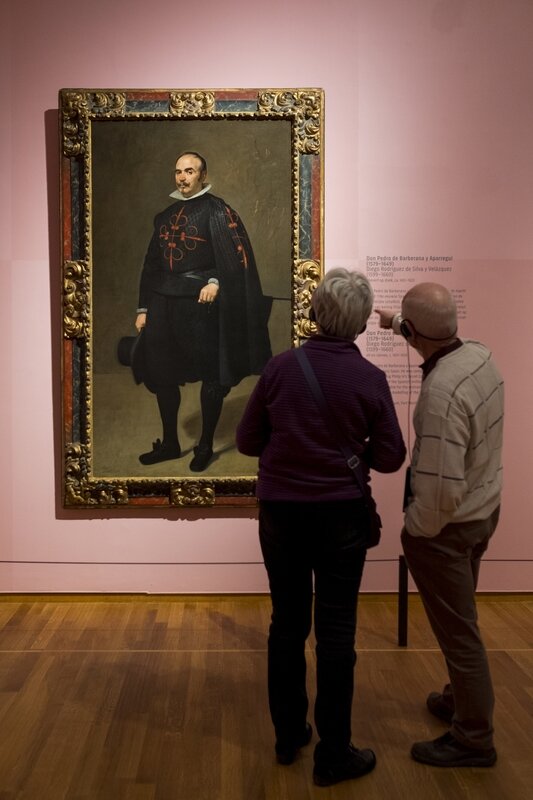 Commentaires sur International masterpieces at the Rijksmuseum from Cranach to Velázquez, Rembrandt and Manet