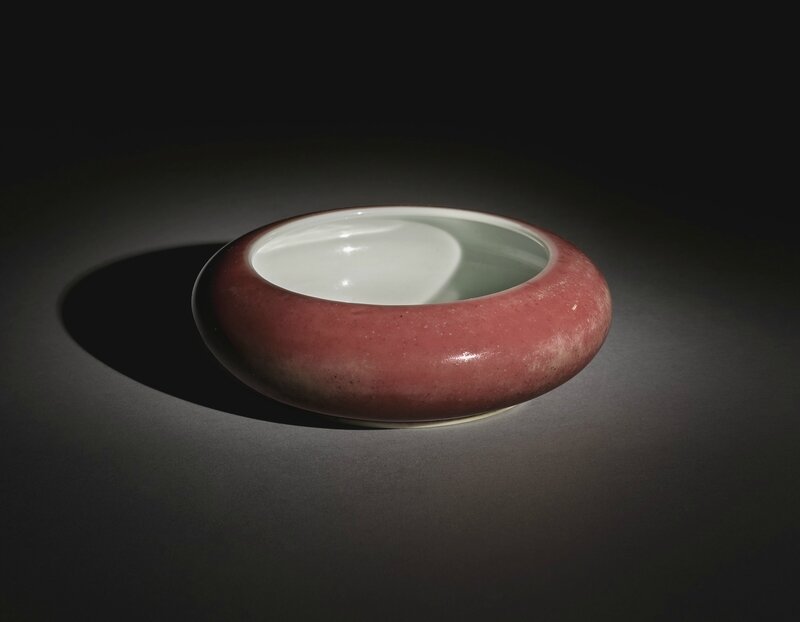 delicately potted with low rounded sides incurved at the mouth and supported on a low tapered foot, the exterior covered with a characteristically mottled crimson-red glaze transmuting to pale green tones particularly around the widest part of the body, speckled with tiny dots of emerald green, the interior and recessed base left white, the base with a six-character reign mark in underglaze blue.

Note: Peachbloom brush washers are rarely as successfully fired as the present piece, which is covered with a lustrous, vibrant copper-red glaze flecked with pale green. Notoriously difficult to achieve due to the temperamental nature of the copper pigment, the attractive glaze is only found on a small group of vessels for the scholar's table and is one of the most iconic groups of porcelain created under the Kangxi Emperor.

Copper-red glazes had been largely abandoned at Jingdezhen since the early Ming dynasty and were revived and drastically improved only during the Kangxi reign. Recent research by Peter Lam and other leading scholars indicate that the famous 'peachbloom' group was produced during the early years of the Kangxi period under the supervision of the skilled Zang Yingxuan, who was sent to Jingdezhen in 1681 to oversee the rebuilding of the kilns and serve as imperial supervisor. To manage the fugitive copper-lime pigment, it is believed to have been sprayed via a long bamboo tube onto a layer of transparent glaze and then fixed with another layer, so as to be sandwiched between two layers of clear glaze. The spotted green flecking, referred to as pingguo jing 'apple green', is possible through a technique using varied concentrations of copper that, when exposed during firing, oxidize to form green spots and modulation.

Examples of this celebrated type of peachbloom brush washer are represented in many of the world's finest museums including the Metropolitan Museum of Art, New York, The Palace Museum, Beijing and the Sir Percival David Collection at the British Museum, London. The washer in the Metropolitan Museum is illustrated with a group of peachbloom-glazed vessels in Suzanne Valenstein, A Handbook of Chinese Ceramics, New York, 1989, rev. ed., p. 237, no. 236. A very similar washer with celadon-toned accents amidst the rose-pink glaze from Avery Brundage is now in the collection of the San Francisco Asian Art Museum (coll. no. B60P1785). 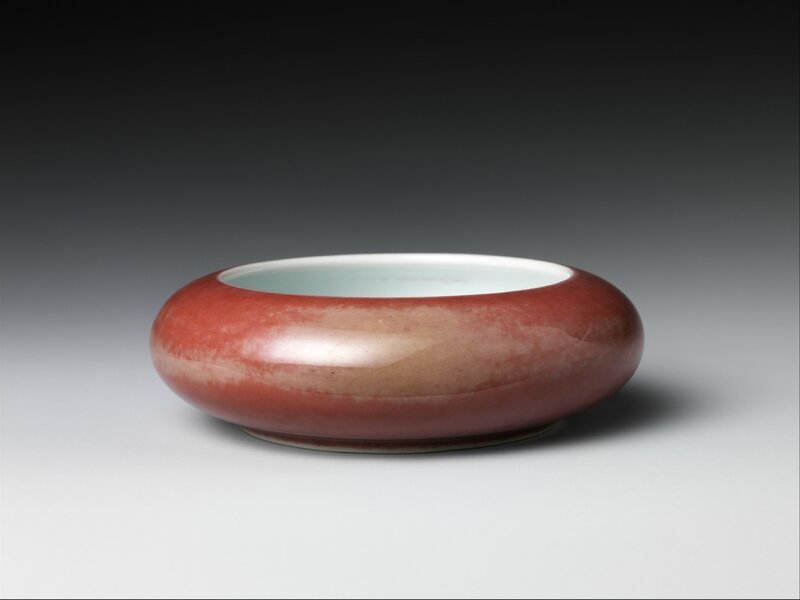 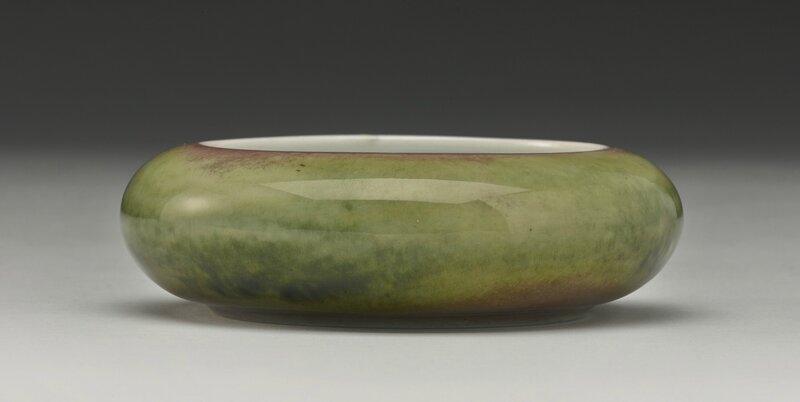 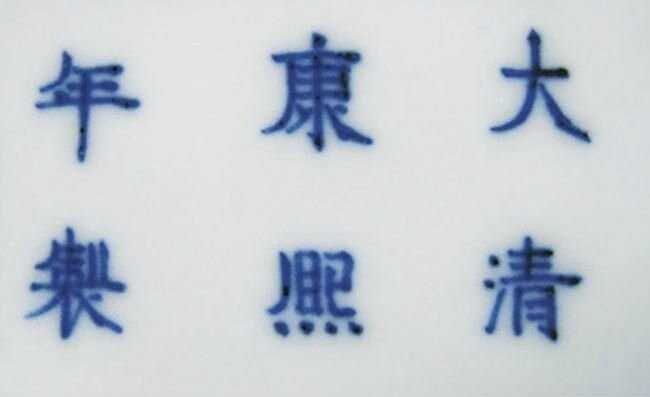 Cf. my post: A fine peachbloom washer, Mark and period of Kangxi 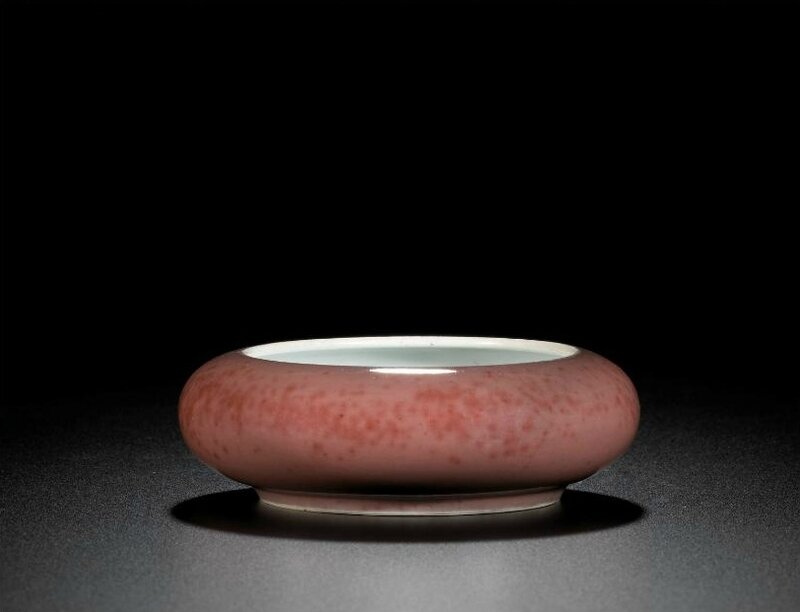 Cf. my post: A peachbloom brush washer, Mark and period of Kangxi Cf. my post: An outstanding peachbloom washer, Mark and period of Kangxi