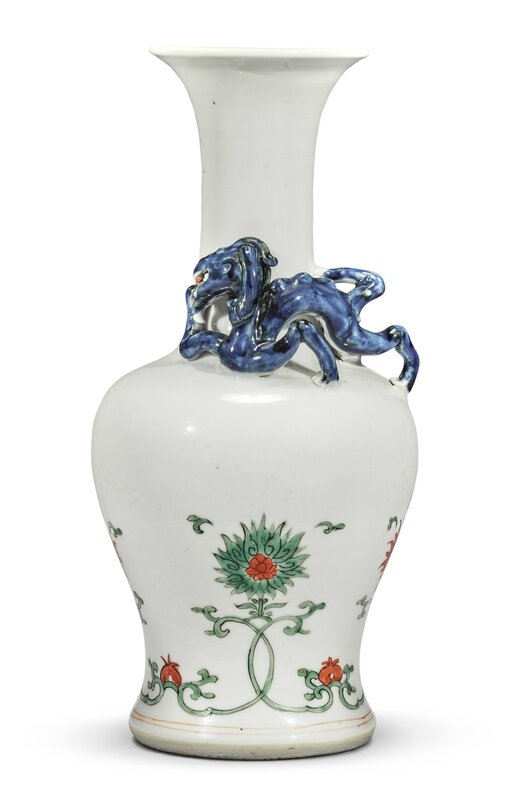 the body of undulating baluster form tapering to a tall cylindrical neck terminating with an everted rim, sparsely enameled with a delicately intertwining foliate motif surmounted by four stylized chrysanthemum blooms of alternating green and iron red, an underglaze-blue chilong in high relief artfully coiled around the base of the neck, coll. no. 1556.

Note: Among the more ancient of mythical beasts, chilong were a favorite archaistic motif for carvers and potters. Their dynamic sinuous forms rendered in high relief grace varying bronzes, carvings and ceramics from the Song dynasty onwards. The restrained decoration on the present piece is noteworthy and draws focus to the quality of the potting and the movement of the form. A similar vase from the Samuel P. Avery Sr. Collection, gifted in 1879, is in the Metropolitan Museum of Art, New York, acc. no. 79.2.1223. 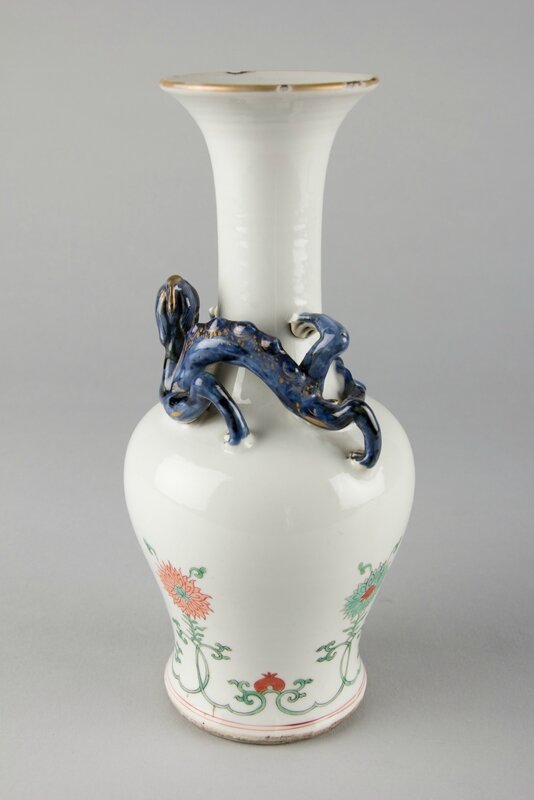