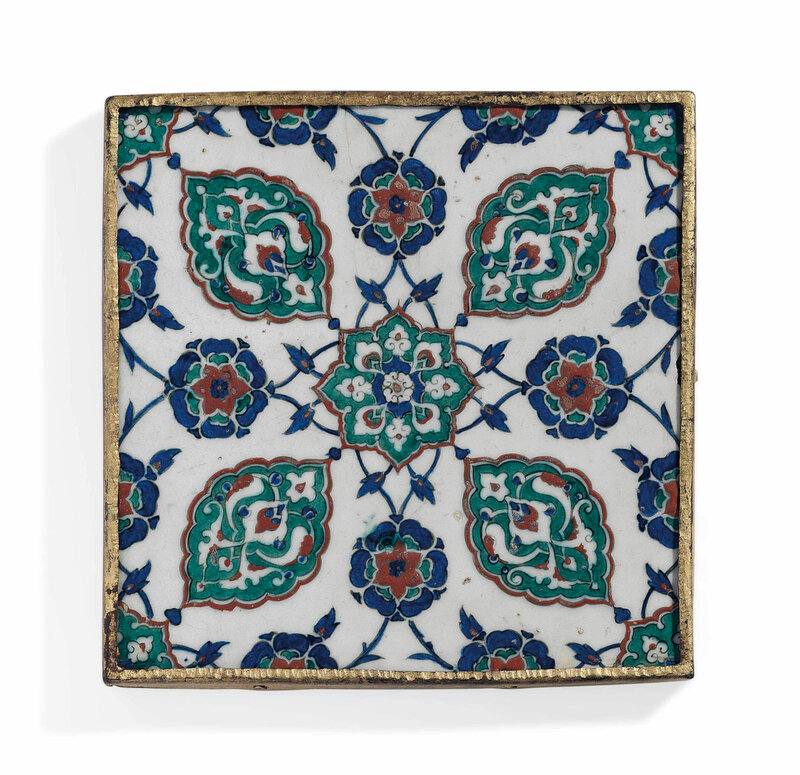 The square tile with white ground painted in cobalt-blue, green, bole-red and black with a central green medallion issuing four cusped green oval medallions along the diagonals leading to part similar medallions in each corner, each filled with white arabesques and within a red border, the medallions all divided by blue rosettes linked by scrolling tendrils, intact, framed.

Note: Tiles of this design were used in the tomb of Sultan Selim II at the Ayasofya, which was completed in 1574-75 AD (Nurhan Atasoy and Julian Raby, Iznik, The Pottery of Ottoman Turkey, London, 1989, pl.411, p.232). Another example was formerly in the Edwin Binney Collection (Turkish Treasures from the collection of Edwin Binney 3rd, 1981 supplement to the 1979 catalogue, San Diego, 1981, ceramic 6B, pp.24-25).