Major Exhibition of Paul Cézanne's Portraits at the National Gallery of Art, March 25 through July 1, 2018

Major Exhibition of Paul Cézanne's Portraits at the National Gallery of Art, March 25 through July 1, 2018 Washington, DC— Bringing together some 60 paintings drawn from collections around the world, Cézanne Portraits is the first exhibition devoted exclusively to this often-neglected genre of his work. The revelatory exhibition explores the pictorial and thematic characteristics of Paul Cézanne's (1839–1906) portraits, the chronological development of his style and method, and the range and influence of his sitters. The sole American venue, Cézanne Portraits will be on view on the main floor of the West Building from March 25 through July 1, 2018.

"This exhibition provides an unrivaled opportunity to reveal the extent and depth of Cézanne's achievement in portraiture," said Earl A. Powell III, director, National Gallery of Art. "The partnership between the National Gallery of Art, the National Portrait Gallery in London, and the Musée d'Orsay in Paris has made it possible to explore his working techniques as well as his intellectual solutions to representation in these exceptional portraits." 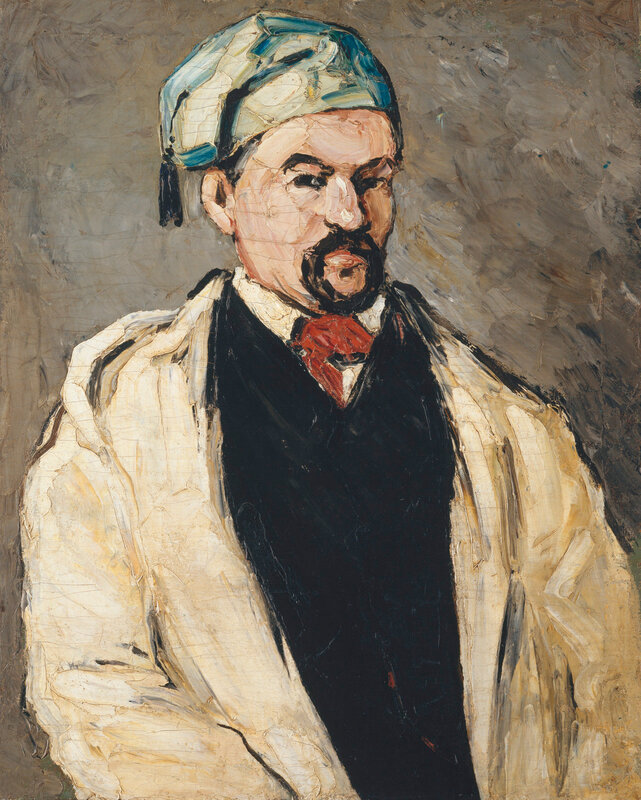 Cézanne painted almost 200 portraits, including 26 self-portraits and nearly 30 portraits of his wife, Hortense Fiquet, as well as portraits of his son Paul and his uncle Dominique Aubert, art dealer Ambroise Vollard, critic Gustave Geffroy, and the local men and women in his native Aix-en-Provence. The exhibition presents a selection of portraits that reveals the most personal and human aspects of Cézanne's art.

Cézanne Portraits explores the artist's series of portraits of the same sitter; traces his portraits chronologically, revealing changes in style and method; and shows the full range of his sitters and how they influenced his practice. Cézanne's unique vision was informed by a desire to see through appearances to the underlying structure using mass, line, and shimmering color. The exhibition traces the development of Cézanne's portraits and the changes that occurred through style and method and the understanding of resemblance and identity. 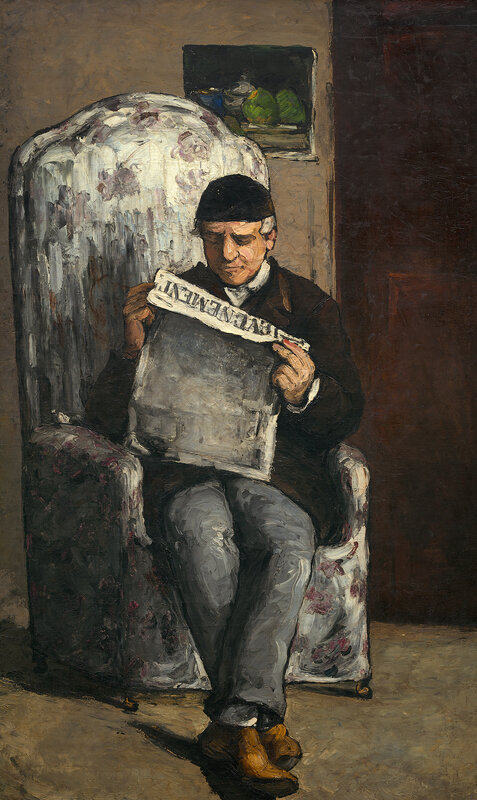 Cézanne made his first portrait in the early 1860s, although it was not until 1866 that he began to paint portraits in earnest. Often painting family and friends with whom he felt comfortable, his early works were stylistically influenced by Gustave Courbet's and Édouard Manet's Parisian portraits. The family paintings include large portraits of his father, small paintings of his mother and sisters, and about nine portraits of his uncle, the bailiff Dominique Aubert, and provocative paintings of poet and art critic Antony Valabrègue and the artist Achille Emperaire.

By the end of the 1860s Cézanne's portraits became more refined and more sympathetic to his sitters. He began to produce fewer portraits until 1875, when he created a group of self-portraits painted in an impressionist style prominently featuring his bald head. Between 1876 and 1877 he began to incorporate heightened hues in which areas of prismatic color help to shape a vivid human presence, as seen in Madame Cézanne in a Red Armchair (c. 1877), on view in the exhibition. Over the following seven or eight years, Cézanne created portraits of sculptural gravity, including paintings of his wife, their young son, and his son's friend Louis Guillaume, as well as self-portraits. Between 1872 and 1892 Cézanne painted 28 portraits of his wife. Seventeen of these, painted during the second half of the 1880s, form three distinct stylistic groups. The first group, a set of small, lightly painted canvases, were painted around 1886 and includes the most expressive images of her made to date, marking a major shift in his portraiture practice. The second group, made a few years later, is more explicit in its description of emotion and more heavily painted. The third group of four portraits depicts Hortense wearing a red dress. Fifteen of these portraits will be on view.

Cézanne also painted several portraits of the model Michelangelo de Rosa in Italian garb. The Gallery's version, Boy in a Red Waistcoat (1888–1890), is the largest, most resolved of these portraits. Influenced by 16th-century mannerists such as Bronzino and Pontormo who painted iconic images of urban, male adolescents, Cézanne presents a moving, formally innovative image of a boy morphing into manhood. During the 1890s Cézanne began to paint portraits of local people in and around his native Aix-en-Provence. His portraits of agricultural laborers record his admiration for people who had grown old without changing their ways. The paintings of domestic servants and children indirectly reflect Cézanne's increasing preoccupation with old age. Included among these works are Child in a Straw Hat (1896), Man in a Blue Smock (c. 1897), Portrait of a Woman (c. 1900), and Seated Peasant (c. 1900–1904), all of which are in the exhibition.

Of the 100 paintings Cézanne made between 1900 and 1906, only about 20 are portraits, seven of which were painted outside. During this period, Cézanne painted his final self-portrait, Self-Portrait with Beret (1898–1900), on view in the exhibition, which depicts a fragile, prematurely aged but still vehement figure. The subjects of these later portraits are local men, women, and children as well as a pair of portraits of his sister, Marie, depicted in a blue dress, and five paintings of his gardener, Vallier, three of which are on view. The exhibition is curated by John Elderfield, chief curator emeritus of painting and sculpture at the Museum of Modern Art, New York, with Mary Morton, curator and head of the department of French paintings at the National Gallery of Art, Washington, and Xavier Rey, formerly director of collections at the Musée d'Orsay, now director of the museums of Marseille.

The exhibition is organized by the National Gallery of Art, Washington, the National Portrait Gallery, London, and the Musée d'Orsay, Paris.

The exhibition in Washington is made possible through the generous support of the Anna-Maria and Stephen Kellen Foundation.

The exhibition is supported by an indemnity from the Federal Council on the Arts and the Humanities. 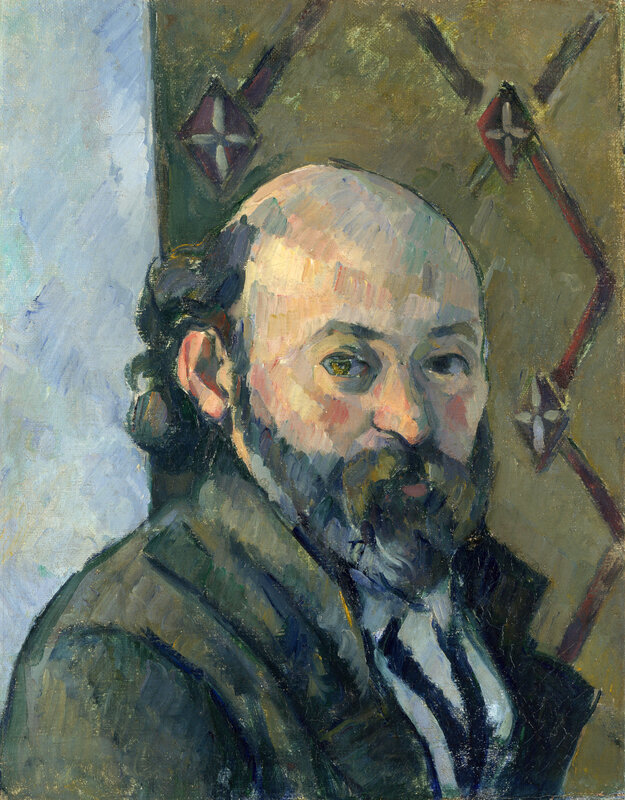 Paul Cézanne, Man in a Blue Smock, c. 1897, oil on canvas, Kimbell Art Museum, Forth Worth, Texas. Acquired in 1980 and dedicated to the memory of Richard F. Brown. 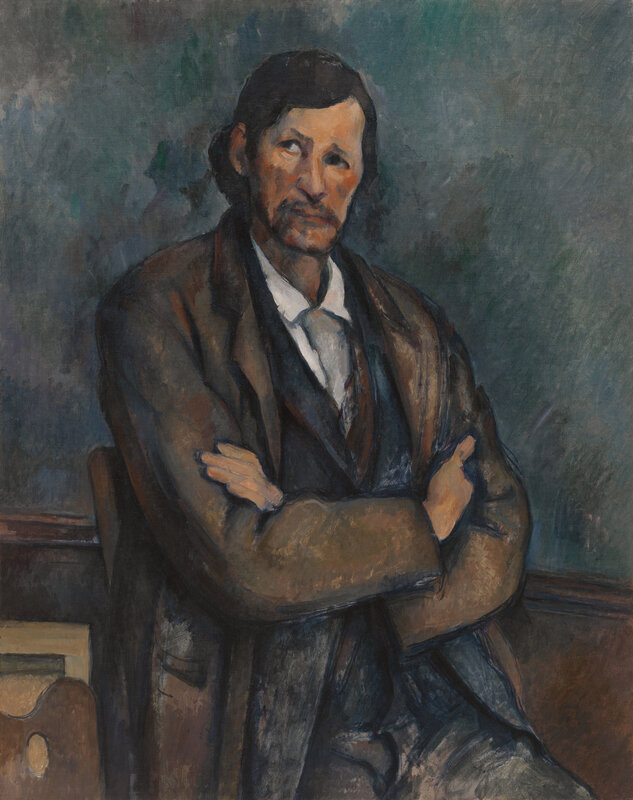 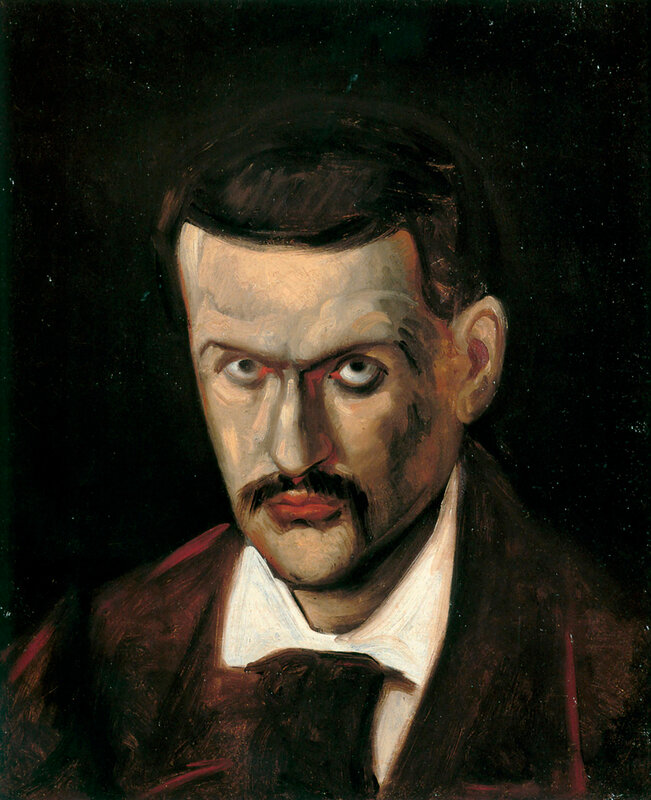