Abu Dhabi, UAE - Globes: Visions of the World curated by Bibliothèque nationale de France (BnF) will open to the public on 23 March and run until 2 June 2018. Louvre Abu Dhabi’s second special exhibition will explore the history of the spherical representation of the world and its scientific instruments from antiquity to the present day. A hundred and sixty works from the collections of Bibliothèque nationale de France (BnF) and outstanding loaned works will be on display. Manuel Rabaté, Director of Louvre Abu Dhabi, said: “We are delighted to host Globes: Visions of the World as Louvre Abu Dhabi’s second temporary exhibition. We are living in an age of new scientific discoveries unparalleled throughout history. Man’s perceptions of the world have been transformed by the creation of new technologies; which is why this exhibition is important to Louvre Abu Dhabi. It will introduce our guests to historical artefacts, including some of the oldest globes and astrolabes from the Islamic world, that have interconnected the world from ancient times to the present day. The collection on display echoes Louvre Abu Dhabi’s ethos to narrate the story of mankind through wonderful loans from Bibliothèque nationale de France, Musée du Louvre, Musée des arts et métiers, Château de Versailles and Centre Pompidou.”

The curators of the exhibition, Catherine Hofmann and François Nawrocki, said: "Globes: Visions of the World is not only an exceptional opportunity to show together the most precious and rare globes and spheres of the French collections, it also tells a meaningful long-term story: about the spherical visions of the universe, at the edge of astronomical and geographical sciences, religion and philosophy. These theories, born in the Mesopotamian and ancient Mediterranean world, spread and enriched by the dialogue of scholars from all regions of the world, are embodied in objects, images, representations whose forms have constantly evolved. They unveil a complex and meaningful symbolic system that evolved over time and integrated the legacy of many myths and cultures of the world. The exhibition highlights, in particular, the fundamental contributions of the Arab science, at the confluence of civilisations. That's why we are particularly pleased and proud to present it here, at Louvre Abu Dhabi, in this innovative and universal place of art, history and science." The exhibition’s innovative scenography designed by Laurence Fontaine in spherical shapes guides the visitors into a chronological tour from Antiquity to the present day. Starting with the display of Vincenzo Coronelli’s majestic globes and Jérôme Martinot’s armillary sphere, the artists Jean-Luc and Patricia Boivineau have created an artistic vision of the stars and constellations which can be seen in Abu Dhabi’s sky during the winter season.

The first part of the exhibition focuses on the ancient times, when Greek scholars and philosophers in the sixth century BCE conceived a world of concentric spheres carrying the planets and the stars. Aristotle noted the Earth's circular shadow on the Moon’s surface, corroborating the hypothesis of a spherical world. The first globes and spheres were produced from the fourth century BCE; the exhibition presents a small silver celestial sphere, dating to 200 BCE (is just 6.4 cm in diameter), which is the oldest remaining copy of those early spheres. Inspired by the cultures of ancient Egypt, Persia, and Babylonia, promoted by the greatest Hellenistic philosophers like Plato and Aristotle, and then enhanced by scholars like Claudius Ptolemy (Egypt, second century CE), this vision of the world ruled the cosmological science during over 1500 years, in the Roman world, as well as in the Islamic and in the Western Christian areas. In the exhibition, rare archaeological remains like the famous Bianchini’s celestial planisphere from Musée du Louvre, many Roman coins and precious Arab or Latin manuscripts, provide a rich testimony of these origins of the spherical visions of the world. From the 8th to the 15th centuries, Muslim astronomers were at the forefront of astronomical research. Celestial globes and astrolabes were among the most used scientific instruments in the Islamic world, from Andalusia to Mughal India. Some of the oldest astrolabes and globes in the world are shown in this exhibition: Ahmad ibn Khalaf’s astrolabe (Iraq, 10th century), Ibrahim ibn Said alSahli al-Wazzan’s (Spain, 11th century) and Yunus ibn al-Husayn al-Asturlabi’s (Iran, 1144) celestial globes. The use of those instruments and the knowledge of the movements of the starry sky were necessary to determine the lunar calendar, for instance, and the times for the five daily prayers and the direction of Qibla (Mecca), and thus, for religious practices. In the Christian West, ancient science was largely rediscovered through Arab connections, beginning in Andalusia (Cordoba, Toledo) in the 10th century. In the 12th century, the rediscovery of Aristotle’s works and Ptolemy’s Almageste, and the Latin translations of the Kitâb suwar al-kawâkib al-thâbita (The Book of Fixed Stars) by Abd al-Rahman al-Sufi, started the renewal of Western astronomical science. The exhibition shows a rare Latin translation of al-Sufi, the Liber de locis stellarum fixarum (Italy, 13th century). The hypothesis of the Earth's spherical shape, which was for a long time accepted by the majority of intellectuals, gained popularity in society as demonstrated by Gossuin de Metz’s L’Ymage du monde, a vernacular treaty in French.

At a time of great discoveries and explorations, globes became both a tool for explorers to navigate the world and a means to publicise their new discoveries, as revealed by unique and rarely shown terrestrial of such objects from the times of Christopher Colombus and Magellan's adventurous travels. The knowledge of geographers, combined with that of astronomers, was the basis of cosmography, a leading discipline in the 16th century. While voyages and trade made it possible to expand the horizons of Europeans and enrich their visions of the world, they also made it possible to export these visions to other continents. Examples of such include a tapestry made of wool and silk from the Manufactory at Beauvais known as “The Astronomers”, from “The History of the Emperor of China” and a Namban screen of the map of the world from Louvre Abu Dhabi’s collection. Terrestrial and celestial globes alike became household objects and were represented in the arts in a great variety of shapes and symbolic meanings, including beautiful engravings and paintings, and medallions such as Louis XIV of France’s Attentiveness of the King to his advisers (1661). The exhibition concludes with spheres in revolutions in the 17th and 18th centuries, as the intellectuals questioned the traditional foundations of its theories. The Sun took the Earth's place at the centre of the celestial sphere. With astronomers’ new discoveries through powerful and gigantic telescopes, Newton’s laws, scholars of the Enlightenment, and ground-breaking theories leading to astrophysics, old frontiers drastically changed. The expeditions of Maupertuis to Lapland and La Condamine to Peru, and then La Pérouse in Oceania – commemorated by a famous painting of Monsiau, from the collections of Château de Versailles – unveil the real shape and measure of our planet, while the knowledge of its most remote areas were developed. In the 19th century, production methods improved, and terrestrial globes became everyday objects of various scales. They ranged from the very little pocket globes to colossal buildings like the temporary Grand Celestial Globe of the Paris World Fair of 1900, which was originally built next to the Eiffel Tower. At the same time, artists borrowed and reinterpreted the shape of our planet as seen from space, an image that became popular even before the space conquest and the famous Apollo programme's photographs – this can be seen for instance in Georges Méliès's movie A Trip to the Moon or the stunning Alain Jacquet’s painting Reflexion of a Golden Egg. Globes have continued to be meaningful and inspirational objects in various forms to the present day. 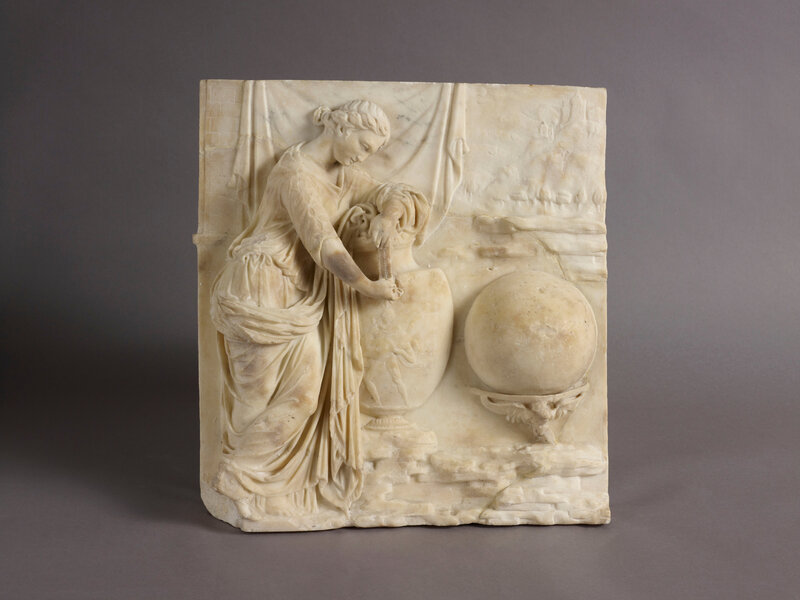 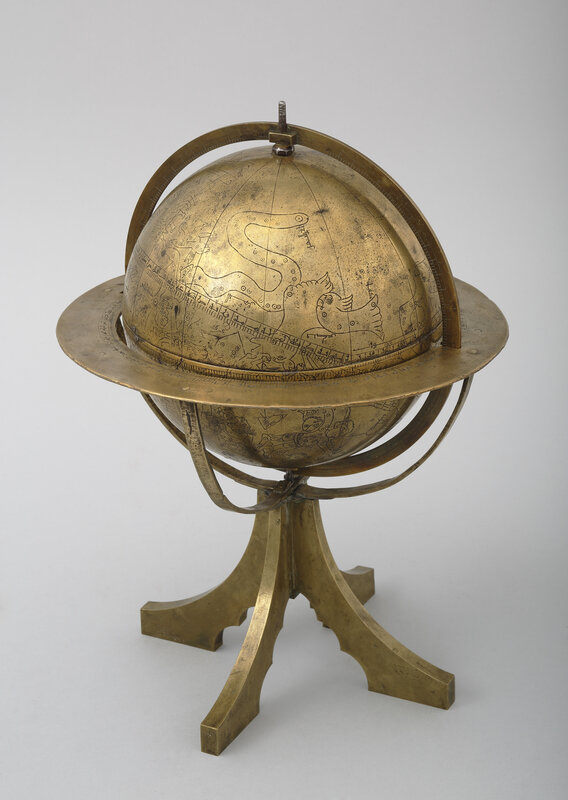