VIENNA.- At Dorotheum, the 16th of May 2018 will be all about the international greats of contemporary art. Top lots include several excellent examples of the work of Lucio Fontana: two paintings from the nineteen-sixties – one pink, the other green – represent his „Concetto Spaziale“, cutting the canvas to open up the traditional panel painting to the third dimension - and push art history forward in the process. (Concetto Spaziale "ATTESA", 1964–65, estimate € 480,000–650,000, Concetto Spaziale "ATTESA", 1968, €400,000–600,000).

Emilio Vedova, for whose work Dorotheum continues to retain the world sales record, contributes two works which, among other venues, were on display at the Venice Biennial 1962 (Per una protesta No. 6, €280,000–380,000). 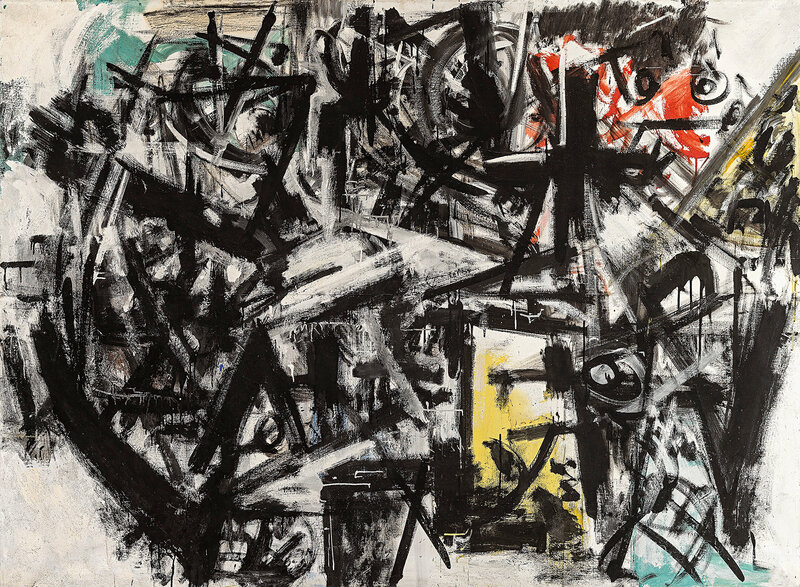 Likely to attract particular attention are Andy Warhol's serigraph „Two Diane Keaton“ as well as a mirror object by Adolph Luther more than two meters in dimension. A painting by Philip Guston dating to 1957, and as such to the abstract period of this „New York School“ artist, offers a very fine example of the dramatic contrast between the vivid colours dominating the centre and the shades of grey in the background (€300,000–400,000). Works by Karel Appel and Asger Jorn ensure that the CoBrA-Group is once again well represented, while Austrian art appears in the work of Maria Lassnig, Arnulf Rainer, and Erwin Wurm. The auction's emphasis on Viennese Modernism also reflects the 100th anniversary of the deaths of Gustav Klimt, Otto Wagner, Koloman Moser, and Egon Schiele in the current jubilee year.

Egon Schiele contributes a 1914 drawing, using both sides of one sheet, with a „Kneeling female nude“ on the facing side and a „Reclining female nude“ verso. Valued at 350,000 to 500,000 Euro the work comes from an Austrian private collection. Egon Schiele's estate awarded it to one of his relatives and it appears probable that the kneeling nude was coloured by his brother-in-law, Anton Peschka. Gustav Klimt, Schiele's friend and patron, likewise offers up a pencil drawing, the „Reclining female semi-nude“, which enters the auction at 38,000 to 58,000 Euro. The auction also presents a Koloman Moser design drawing for the windows of the Steinhof Church – one of Vienna's most important Jugendstil buildings. Otto Wagner, who designed the church, had commissioned his artist friend Koloman Moser to design the windows. Despite the opposition of the ecclesiastical building committee, the windows were carried out according to his specifications. Moser later left the project, when his design for the high altar was refused. Aristocratic jewellery and exquisite watches
High-carat diadems, brooches, necklaces, and rings from well-established European aristocratic collections (incl. House Savoy) will provide the main focus of interest at the auction on May 17th 2018; whereas precision watches by Patek Philippe, Jaeger LeCoultre, and Roger Dubuis promise to attract bidders to the auction of Wrist- and Pocket Watches on May 18th 2018.