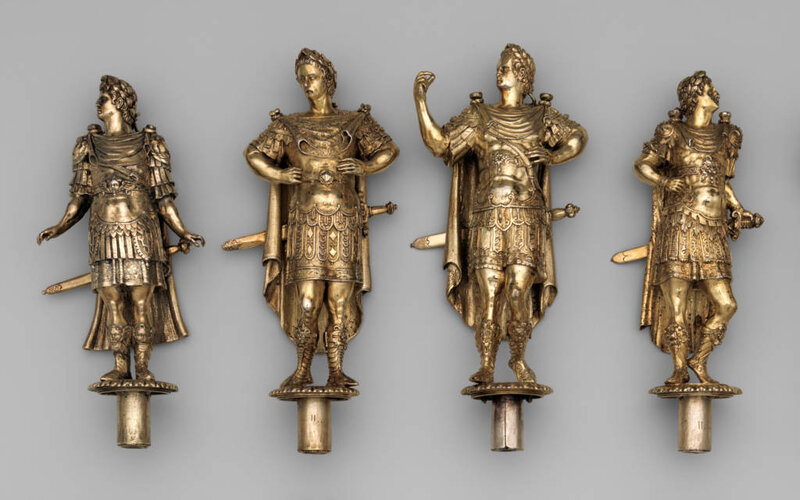 AYLESBURY.- For the first time in more than 150 years some of the most extraordinary and enigmatic treasures of the Renaissance, a set of 12 European silver-gilt standing cups - known as the ‘Aldobrandini Tazze’ – have be reunited and displayed together at Waddesdon Manor.

These beautiful table ornaments celebrate the Twelve Caesars, notorious rulers of ancient Rome. Each standing cup (or tazza) includes a portrait of one of the Caesars, as well as four episodes from his life on the supporting dish. The forty-eight vignettes bring to life the book, The Lives of the Twelve Caesars, by Roman historian Suetonius (written in the early second century AD).

One of the great mysteries surrounding the Silver Caesars is that no record exists to explain their origin. We do not know when the set was made, by whom, for whom, or for what purpose. However, new research revealed in the exhibition, curated by Julia Siemon of The Metropolitan Museum of Art, New York, now goes some way to answering those questions… 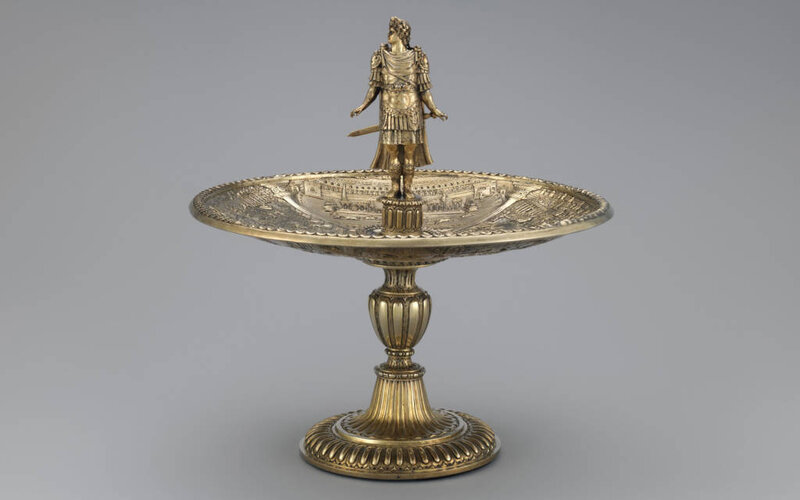 To further complicate matters, the Silver Caesars were designed for easy disassembly to facilitate travel, and whilst the Caesar statuettes are labelled, the dishes are not. Therefore, in the centuries following their creation, the 12 tazze were taken apart, incorrectly re-assembled, misidentified, and then widely dispersed across Europe and the Americas. Two are now in the UK, one at the V&A and the other in a private collection. Today, only the Claudius cup remains in its entirely original state (private collection, on loan to The Metropolitan Museum, New York). Half of the tazze are in private collections and therefore rarely seen in public.

Now, following years of research involving experts from across the world - spearheaded by The Metropolitan Museum, New York - each tazza is being reconfigured into its original state. Visitors to The Silver Caesars: A Renaissance Mystery at Waddesdon Manor have a unique opportunity to appreciate some of the finest examples of 16th-century craftsmen’s work as they originally intended it. At the end of the exhibition, the tazze will be returned to their modern, mismatched configuration. 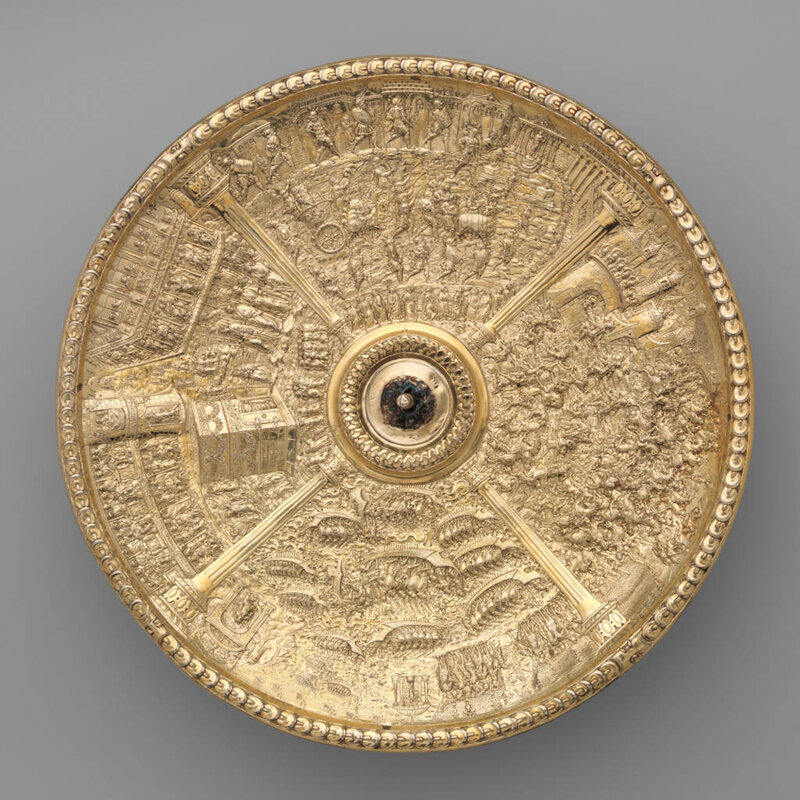 Properly reassembled, the tazze evoke the history of the first 12 Caesars – from Julius Caesar to Domitian. Each tazza is more than a foot high with the figure standing on a shallow footed dish; four scenes from the respective Caesar’s life are intricately wrought on the concave interior, created by goldsmiths who worked the surfaces of the dishes with a variety of steel tools, a technique called ‘chasing.’ The 48 scenes span nearly 150 years of Roman history, from sweeping views of ancient monuments, raging battles and glorious triumphs to intimate glimpses of imperial life. However, whilst Suetonius’ original biographies were filled with tales of the notoriously bad behaviour of the likes of Caligula and Nero, the tazze show their subjects in the best possible light, deliberately ignoring their many misdeeds to create a flattering image of imperial power.

New research now suggests that the Silver Caesars were made at the end of the 16th century, probably in the Netherlands, and most likely for a member of the Habsburg dynasty – the ruling family of the Holy Roman Empire. The Habsburgs often supported their control by drawing parallels between contemporary rulers and their ancient Roman predecessors. Furthermore, with a combined weight of over 82 pounds of precious silver, the Silver Caesars can only have been created for one of the period’s most preeminent patrons. It would certainly explain why only the more complimentary scenes from the Caesars’ lives were portrayed. The modern history of the Silver Caesars begins in 1826, when the set appeared – seemingly out of thin air – in the shop of a London dealer. The tazze caused a great stir, and were at first celebrated as the work of Benvenuto Cellini, the most famous goldsmith of the Italian Renaissance. It was during this period, in keeping with 19th century tastes, that all twelve tazze were gilded – meaning today the objects we see appear gold, rather than the silver their name suggests. The set was broken up in the late nineteenth century, and eventually scattered across the globe.

It is particularly relevant that the Silver Caesars: A Renaissance Mystery is being exhibited at Waddesdon as over the past two centuries nearly half theses tazze have at one-time formed part of Rothschild family collections. By 1872, Anselm – father of Baron Ferdinand de Rothschild, who built Waddesdon Manor – had in his Viennese collection a tazza made up of the Augustus figure and the Domitian dish. Pippa Shirley, Head of Collections at the Manor says: “We are delighted to be working with the Metropolitan Museum on this extraordinary exhibition, which amongst other things illuminates an aspect of 19th-century collecting for which the Rothschilds were renowned. Baron Ferdinand devoted his Smoking Room at the Manor to his collection of 16th and 17th-century treasures, his own version of the great princely collections of Europe which were so admired from the Renaissance onwards.” Distinguished classicist and scholar Mary Beard has been closely involved uncovering the Silver Caesars mystery and writes in the exhibition’s accompanying monograph: “We owe it to the designers and craftsmen behind these marvellous objects, to those who commissioned them, to Suetonius himself, and even to the emperors — brutal rulers though they might have been in real life — to get these scenes sorted out, connect the right man with the right deeds, and see them all together as originally intended. And I think at last we have done just that." 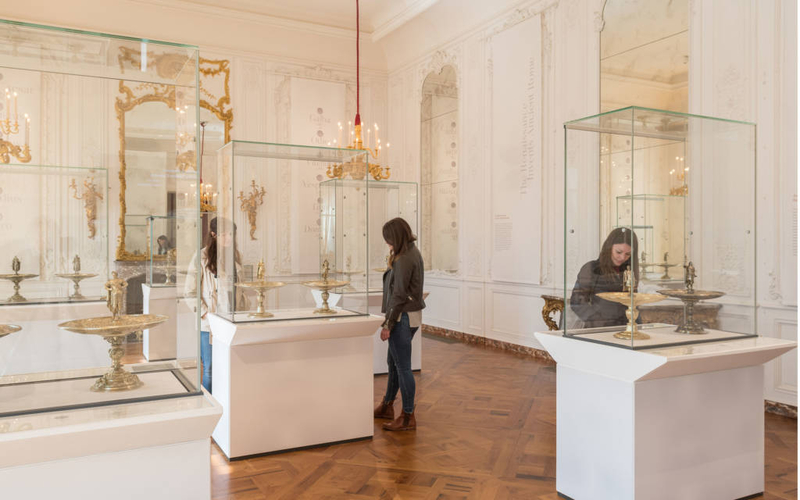