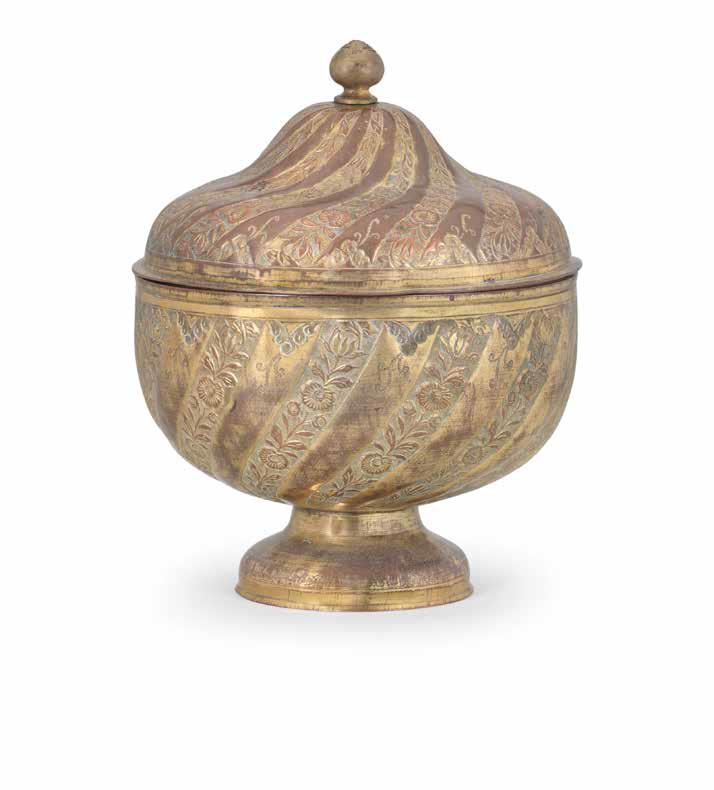 of deep rounded form on a stepped, splayed foot, the lid of domed form with brass knop finial,  the body and lid engraved with undulating bands alternately filled with floral vines and palmette motifs, inscription to foot .

The Sofa Ocağı was the corps of Terrace Keepers in the Topkapi Palace. This lidded bowl was presumably endowed to a mosque or charitable foundation associated with them.