The dish is moulded to the centre with a powerful, writhing four-clawed dragon below a band of stylised foliage to the cavetto. The reverse is further moulded with upright petals and the charger is covered all over with a glaze of bluish-green tone with the exception of the unglazed orange-buff colour foot ring.

Note: A similar example in the Topkapi Saray is illustrated in Chinese Ceramics in the Topkapi Saray Museum, Istanbul, Vol. 1, p 256, no. 62 while a comparable dish with the dragon chasing a flaming pearl in the British Museum is illustrated in Oriental Ceramics: The World's Great Collections, Vol. 5., Tokyo, 1981, no. 132. A further comparable dish was sold at Christie's Hong Kong, 31 May 2017, lot 3005. 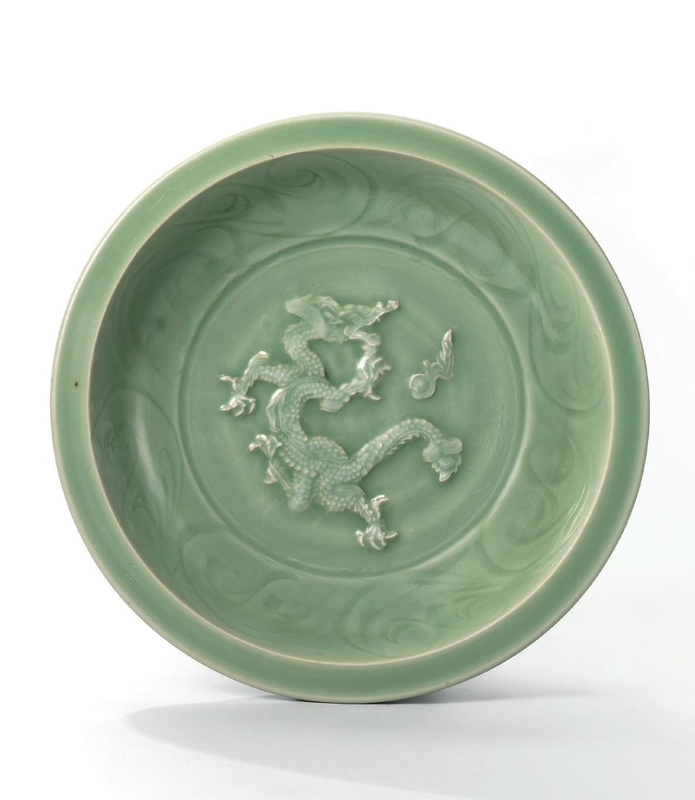 Cf. my post: The Roger Belanich Collection of Longquan Celadon Ceramics at Christie's Hong Kong 31 May 2017