Eskenazi opens an exhibition dedicated to a rare geological phenomenon

Eskenazi opens an exhibition dedicated to a rare geological phenomenon 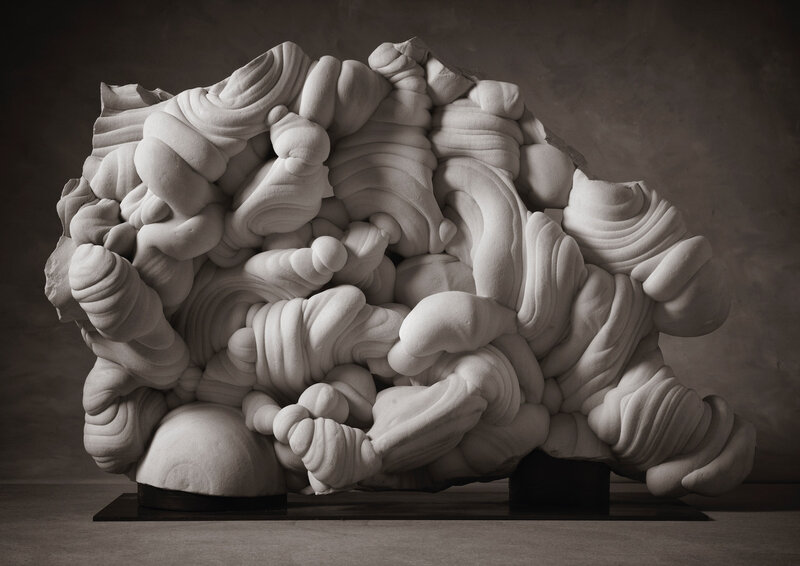 LONDON.- Eskenazi is presenting Gogottes: a Rift in Time from 10 May to 1 June 2018 in London. Reflecting the long-held Chinese affinity between art and nature and the tradition for collecting natural fragments - including scholars’ rocks and roots - this is the first exhibition dedicated to gogottes, a rare and mysterious natural phenomenon which has fascinated collectors and artists for centuries, from Louis XIV of France to Henry Moore.

The first exhibition at the gallery to be dedicated solely to a phenomenon of nature, the show presents 12 gogottes of various forms and sizes and the catalogue includes essays by the legendary naturalist Sir David Attenborough, OM, CH, CVO, CBE, FRS, FLS, FZS, FSA, and the celebrated artist Tom Phillips, CBE, RA. The gogottes are being shown alongside Song: Chinese Ceramics, 10th to 13th century (Part 5), an exhibition of 20 pieces from the Song period, widely regarded as the pinnacle of Chinese ceramic art and a golden period for the arts in which nature inspired not just ceramics, but also philosophy, poetry, calligraphy and painting.

Gogottes are extremely rare and intriguing sandstone concretions found in a very small area near Fontainbleau in northern France and discovered over recent centuries as sand was mined to make glass. Formed within a rock that was deposited about 30 million years ago, they are the creation of much more recent geological processes whereby water, rich in silica, is filtered through sand, eventually cementing it together into these rare forms. 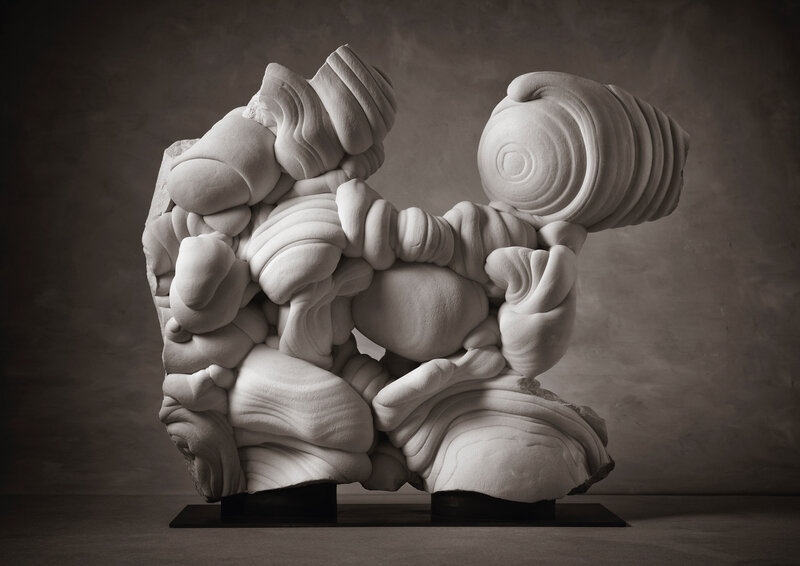 They fascinated Louis XIV of France (1638 -1715) who used them to decorate the gardens at Versailles, most notably l’Encelade built in 1675-8, Les Trois Fontaines in 1677-9 and La Salle de Bal in 1680-5. These groves exist to this day and were greatly enjoyed by the King who mentions all three in his handwritten tour guide of the gardens from 1702-4. More recent admirers have included artists such as Henry Moore who owned an example and the French Surrealists, who are known to have been inspired by their form. Gogottes can be seen at The Smithsonian Institute in Washington, whose example is on view beside The Hope Diamond, and The Natural History Museum in London. Their appeal to Chinese collectors resulted in fine examples appearing at auction in Hong Kong in recent years where they have sold for more than HK $1 million. Daniel Eskenazi: “The current exhibition represents a milestone in the gallery’s history, insofar as it is the first dedicated solely to a phenomenon of nature. Ancient Chinese texts refer to nature in terms of a life force or qi, a belief that was absorbed into the formal philosophies of Daoism and Confucianism and which permeates the Chinese psyche to this day. In the Song Dynasty (960-1279), the elite and scholar classes brought natural forms, such as rocks, into a domestic context. This was a golden period for the arts where nature inspired philosophy, poetry, calligraphy and painting. Rocks and roots continue to be collected today, the most prized examples having been passed down from collector to collector over many generations. In some cases the rocks are inscribed with poems and seals, noting the time they spent with a particular collector. And parallels may also be found in the West, although possibly without the spiritual and philosophical dimension; as Louis XIV was building the Palace of Versailles, the gardens and fountains were to be unsurpassed and it was decided, amongst other things, to use gogottes as well as exotic seashells for the main features in three groves.

In preparing the catalogue, we searched for the perspectives of both a naturalist and an artist to expand our thoughts on these stones and the affinity between nature and art. I am deeply honoured that the two friends of forty years, Sir David Attenborough and Tom Phillips, used to discussing all manner of things together, agreed to focus their masterly attention on these intriguing geological creations. Their passion, curiosity and energy are a true inspiration. Sometimes miracles happen."