Koopman Rare Art, the internationally renowned London based antique silver dealer, is exhibiting at the prestigious Masterpiece London 2018 Art and Antiques Fair from 28 June to 4 July in the grounds of Royal Hospital Chelsea.

Lewis Smith, Director of Koopman Rare Art, said: “Driven by the recent high demand for top quality antique silver we have managed to secure several great pieces for the upcoming season. A number are fresh to the market including some superlative Regency examples by Paul Storr (1771-1844) and Benjamin Smith (1764-1823). We are delighted to be showing these at Masterpiece London together with a wide variety of exceptional historic silver ranging in date from 1600 through to 1950.” 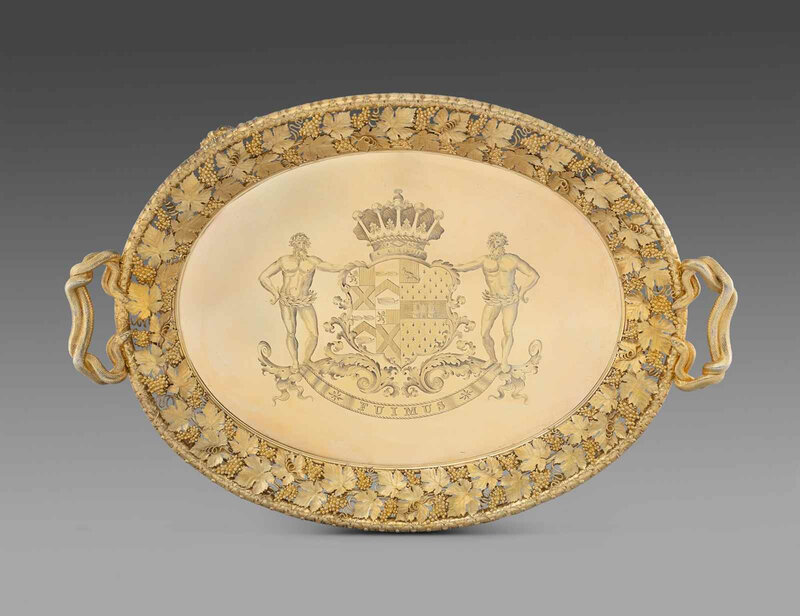 A highly important silver-gilt tray made in London in 1814 by renowned English silversmith Paul Storr.  Made for the first Earl of Ailesbury, the oval tray, which measures 76.2cms, has a highly decorative openwork grapevine border, the handles are formed of entwined serpents and the centre is exquisitely engraved with the Ailesbury arms held between two supporters. Asking price in the region of £300,000. © Koopman Rare Art 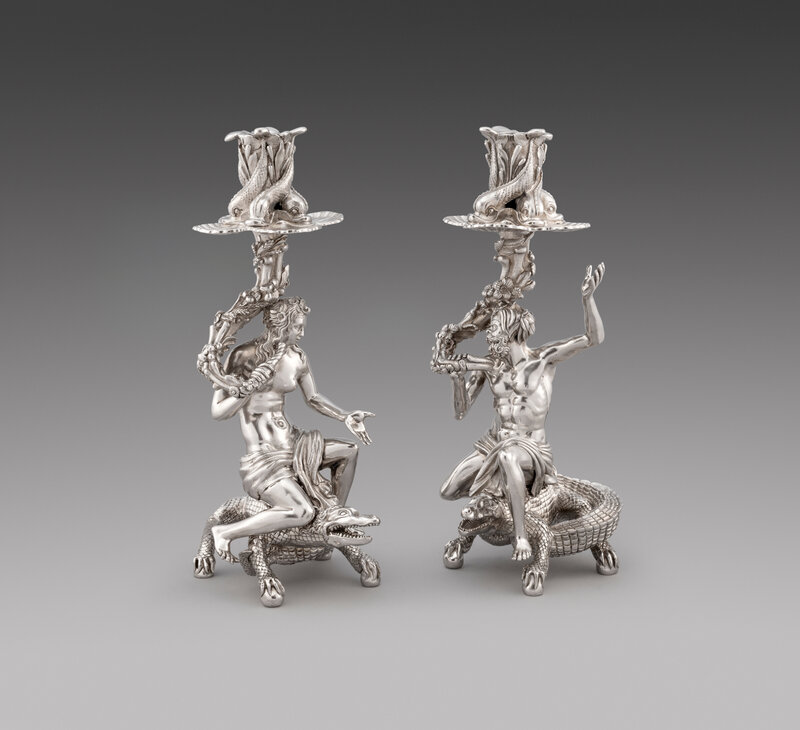 A magnificent Royal pair of figural candlesticks made for the Duke of York in 1823 by Edward Farrell. Fabulously opulent and imaginative with an exuberant nautical theme these superb examples were ordered through the architect Kensington Lewis as part of the Marine Service ordered by the Duke of York throughout the early 19th century.  Asking price in the region of £165,000. © Koopman Rare Art 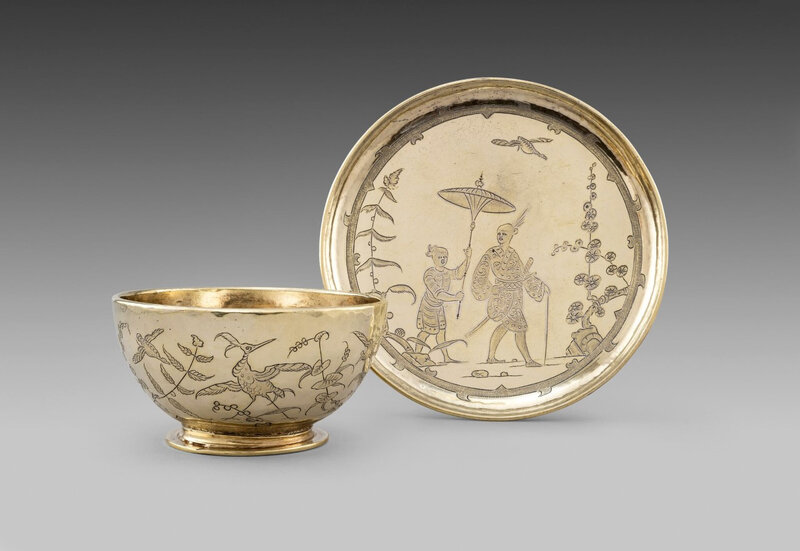 A highly important Charles II Chinoiserie cup and saucer, made in London in 1863 by an unknown silversmith with the maker’s mark of WS. Asking price in the excess of £100,000. © Koopman Rare Art A striking pair of Louis XVI dishes on stands made in Paris in 1785 and 1789 by the French silversmiths Henri Auguste and Robert Joseph Auguste. Engraved with the coronet and monogram of the infamous Harriet, Duchess of St Albans. Warmers added by Paul Storr in 1811. Asking price in the region of £40,000. © Koopman Rare Art The Ouseley tea urn. Bearing the coat-of-arms of Ouseley for Sir Gore Ouseley, this fine example by Paul Storr made in London in 1809 also has the crest and Royal garter of George III. The urn has a crown and griffin finial with gadrooned rim, while the handles are cast with lion masks. With a goose-form spout, the urn rests on a square base ending in paw feet and measure 34.3cm in height. Asking price in the region of £24,500. © Koopman Rare Art A pair of silver-gilt wine coasters from the renowned Borghese service. Made in Florence in around 1825 by the Scheggi Brothers and bearing the princely coat-of-arms. Asking price in the region of £19,500. © Koopman Rare Art