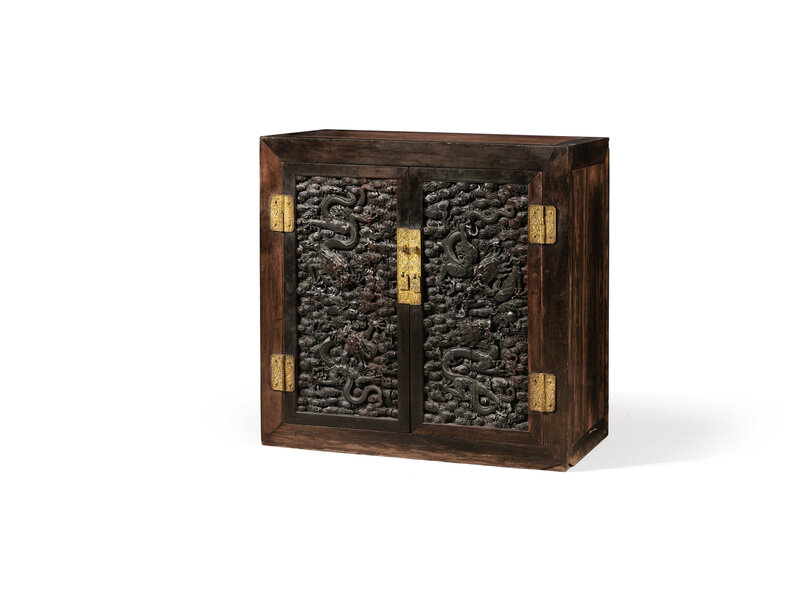 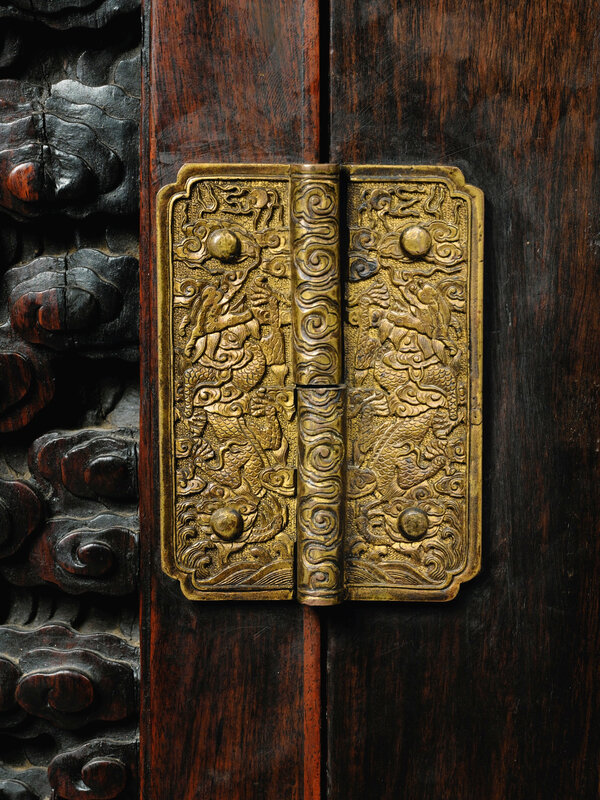 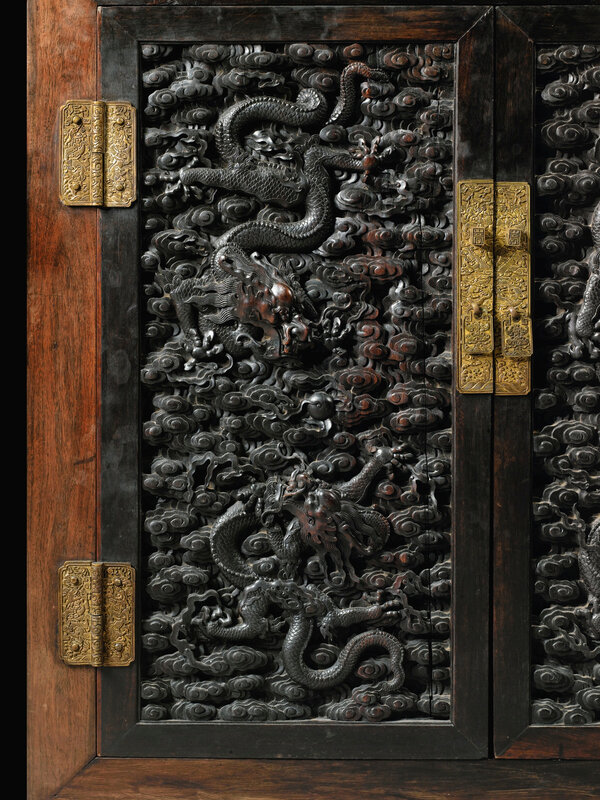 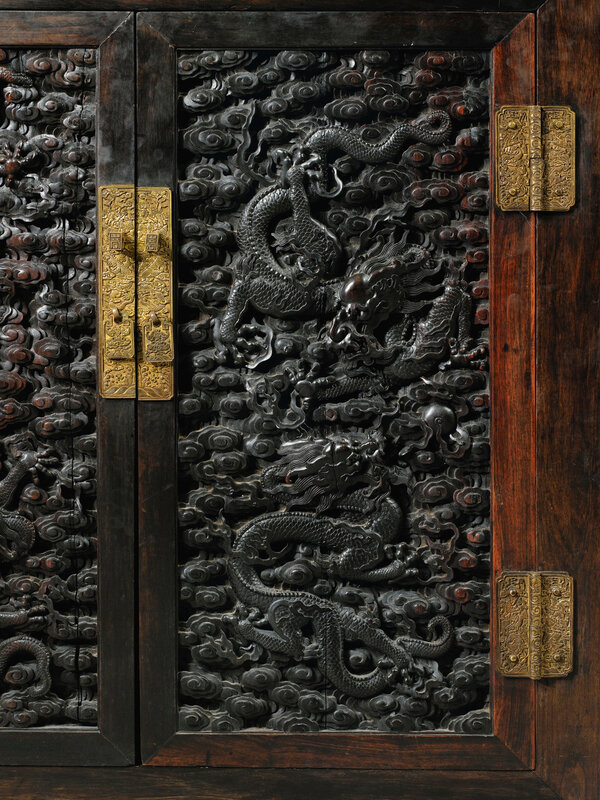 Provenance: Acquired before 1942 (according to the collector's correspondance).

Thence in the family by descent.

Note: Constructed with thick panels made entirely from zitan wood, this large cabinet, originally the upper part of a compound cabinet, has two front doors, each installed on either side with gilt-bronze plates which are decorated with dragons amongst clouds and waves. The doorpulls, on the other hand, are decorated in low relief with bats and chimes. The two doors are deeply carved in relief with dragons writhing among scrolling clouds, all above various treasures further surrounded by waves and rugged rocks. Each door features two confronting dragons playfully flanking a ‘flaming pearl’, surrounded by clouds, a motif known as er long xi zhu , two dragons playing with a pearl. The entire composition symbolises the emperor’s rule of the lands and oceans. Such imagery was historically popular among, and exclusive to, members of the imperial family, thus placing the present cabinet in the highest class of Chinese furniture.

Such decorative carvings usually feature large five-clawed dragons on top and small four-clawed dragons at the bottom. This cabinet, however, features two five-clawed dragons on each door. The style of the dragon and cloud carvings as well as the dragons’ postures are characteristic of Qianlong period dragons distinguished by their wide heads with multiple protrusions, their paired horns, thick and dense hair over the back of their heads, their large jaw with a short curled beard, noses shaped like the head of a ruyi sceptre or a lion’s nose, their serpentine bodies with scales, and five large ferocious claws reserved for objects and furniture at the Qianlong court.

Zitan has a long history in China and appeared already in records in the Jin and Tang dynasties. It was used as a material for household objects and furniture during the Ming and Qing dynasties, but this practice gradually faded by the late-Qing period due to the scarcity of zitan.