Fritz Koenig in Florence at The Uffizi Gallery and Boboli garden

Fritz Koenig in Florence at The Uffizi Gallery and Boboli garden FLORENCE - From 21 june to 7 october 2018, in Florence, the Offices and the Garden of Boboli, the largest monographic exhibition dedicated to the creator of "The Sphere" of the Twin Towers of New York.

"Then he arrived on 11 September 2001. On the day of the attack we are at home in the Pacific Palisades and we follow live on television how the fateful tragedy takes place. Telephone to Koenig. He says: The only thing that matters now is the human catastrophe. Who am I or my job in comparison to all this . And after a long pause. Now it's dust . For 28 years, since 1973, the great spherical caryatide of New York (Grosse Kugelkaryatide NY), known in popular language as The Sphere, was mirrored on a surface of water as it rotated almost imperceptibly. In the Plaza, between the two 400-meter high skyscrapers, it had become the symbol of the meeting. Now it's dust, which means that it was crushed until it became an epitaph. Three weeks later he calls me. It peeks out . And the day after. It is damaged. Not destroyed . You have to go there I tell you ". 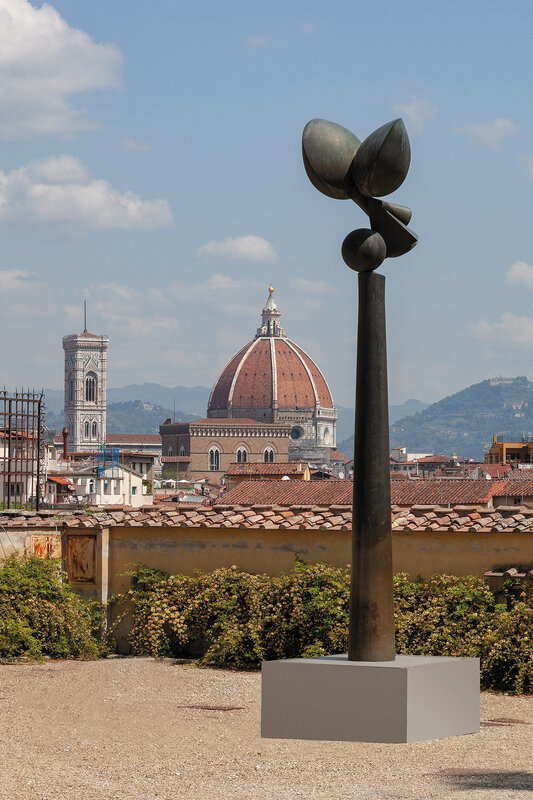 This is the story of Percy Adlon, director of Sugar Baby and of Bagdad Cafè and author of five documentaries about the sculptor, in his text "Fritz Koenig - as I knew him" which is in the catalog published by Sillabe in Italian, English and German. full, full of photographs that document the entire career, the life of the Bavarian artist, who died, ninety-three, a year and a half ago.

From 21 June to 7 October Florence celebrates Fritz Koenig, considered by many to be among the most important sculptors of the twentieth century, with a major monographic exhibition, the first after his death, presenting in the magnificent green spaces of the Boboli Gardens and in the halls of the Gallery of the Uffizi a large quantity of his works, including sculptures and drawings, also including, for the first time, the works of the last forty years of his life.

Eike Schmidt, director of the Uffizi Galleries, gladly made available the spaces he was responsible for this extraordinary occasion. The bronze, the stone, the corten of the monumental sculptures by Koenig recall the spaces of the forefather of the Italian gardens, offering to the view the precious interweaving of their shapes, smooth or rough, often apparently unstable and master of a studied disequilibrium, and the background of unique landscapes and the wings of hedges, large trees, meadows.

Strong and complex personality Koenig over the years rejected the art world and decided to retire, with his wife Maria, to his estate in Ganslberg, Bavaria, devoting himself passionately to his beloved thoroughbred Arab horses, of which he became a breeder, to his peacocks , to hens, to cats, in short to his "Noah's ark" as he called it, surrounded by his collection of African art among the most remarkable in the world. "Fritz Koenig had blue eyes, careful. He also had beautiful hands with strong and at the same time tapered fingers, just as he himself designed them. He was a man full of charm, immediately bewitched anyone. The charm is, according to an unparalleled definition by Albert Camus, what leads a person to say yes even before he was asked something. With the women he even became a seducer, and they could not resist "writes the catalog Alexander Rudigier, curator of the exhibition. Just love, eros was among the dominant themes of his work, such as the death of the rest, the epitaphs, the holocaust.

He went to New York, Koenig. The sphere had miraculously saved itself from the disaster thanks to two large steel plates that had protected it. It was damaged but not gravely, the artist intervened, restored it and is still there, at Ground Zero.

The exhibition takes place under the patronage of the Duke Franz of Bavaria, a personal friend of the artist and an important international collector of contemporary art. 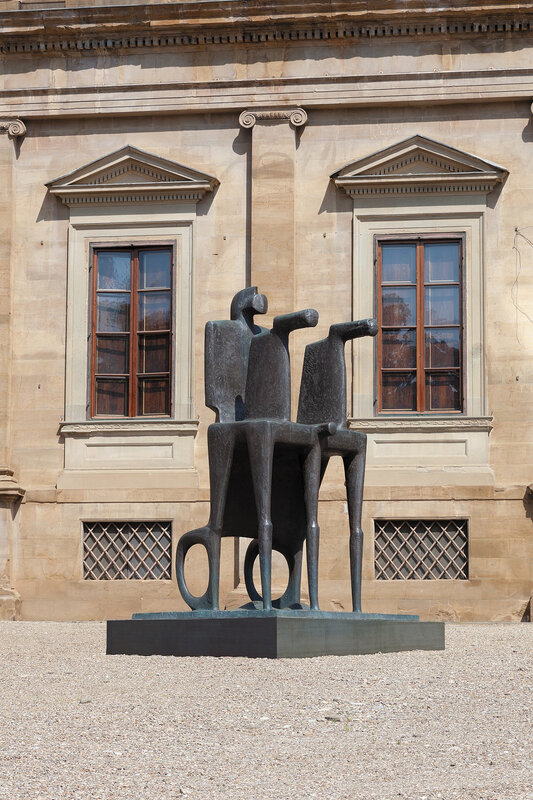