Giambologna, Michelangelo and the Medici Chapel explored in new exhibition

Giambologna, Michelangelo and the Medici Chapel explored in new exhibition DRESDEN.- With his interior for the Medici Chapel in Florence, which he created between 1524 and 1534, Michelangelo achieved an unequalled climax in Renaissance sculpture. His monumental personifications of the Times of Day – Dusk and Dawn, Night and Day – are pairs of reclining figures on the sarcophagi of Giuliano and Lorenzo de’ Medici. Almost shocking in their nudity and bold poses, these figures had an enormous impact on generations of artists.

Among the numerous replicas of Michelangelo’s Times of Day, the four statuettes held by Dresden’s Skulpturensammlung hold a special position. According to the inventories of the electoral Kunstkammer of 1587 and 1640, the Tuscan grand duke Cosimo I de’ Medici presented Elector August of Saxony with these figures as early as around 1560 or 1570. The exhibition “Shadows of Time. Giambologna, Michelangelo and the Medici Chapel” is shining a light on these masterworks. Postulating that the statuettes are early works of Giambologna (1529–1608), who may be considered the most significant European sculptor active in the time between Michelangelo and Bernini, curator Claudia Kryza-Gersch embarked on a search for the hitherto undetermined originator. The resulting presentation unfolds a fascinating picture of the cultural exchange between Florence and Dresden in the middle of the sixteenth century. A further focus of the exhibition is the work of researchers at the museum today, whose efforts ultimately make such attributions possible.

Originating in Flanders, Jean de Boulogne, later known as Giambologna, travelled to Rome after he had finished his training at home around 1550 to study the works of the ancients. His homeward journey led him to Florence, where he ended up staying and after some time achieved artistic triumph at the court of the Medici. It is likely that the young Giambologna created the Dresden Times of Day around 1555–58, before his career in Florence began in 1561. 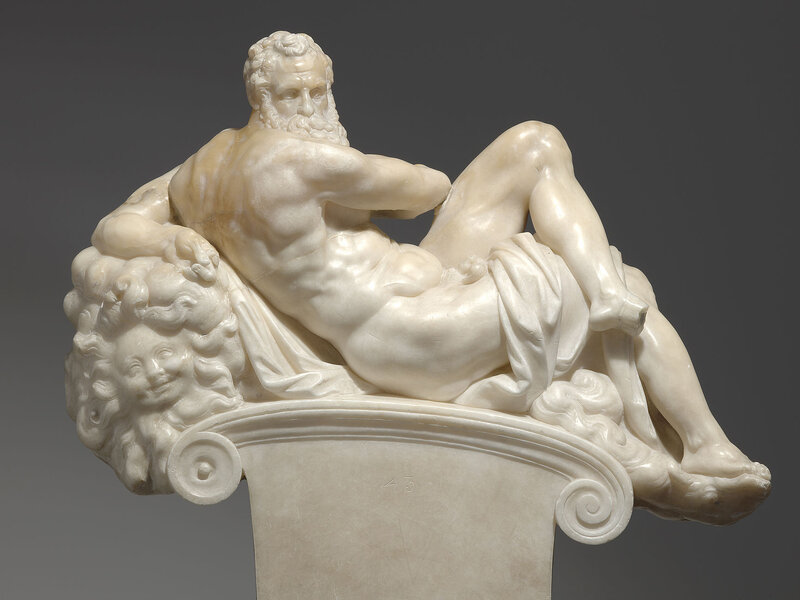 Besides the temporal attribution, it is the sculptures’ material that provides an important clue as to the artist who created it. They were carved from alabaster, a material that was not used for sculpture in Florence during the Renaissance, despite the rich deposits in nearby Volterra. The quarries in Carrara supplied superb marble, and so Florentine sculptors were not interested in the soft and very delicate alabaster. In northern Europe, however, alabaster was enjoying great popularity, which left an artist from the Netherlands as the only possible originator of the works.

The Dresden statuettes are among the earliest known replicas of the Times of Day from the Medici Chapel. They were not created as study models but are autonomous artworks, that is, Kunstkammer works. Though the figures are small in size, their quality is great; their sensual modelling and monumental effect do more than justice to the famous sculptures on which they were modelled. The fact that the sections left incomplete by Michelangelo, for example the head of Day, are complete in the statuettes, and certain attributes, which Michelangelo had omitted, are present, furthermore point to a decidedly confident artist, someone who not only “finalized” Michelangelo’s sculptures in his versions, but “improved” them. The exhibition presents the view that the Dresden Times of Day were created by the young Giambologna as he embarked on his career in Florence. The work of the Flemish artist can only be fully appreciated in light of his study of Michelangelo, something that makes itself felt in such subtle ways in his later oeuvre that it has earned only minimal attention up to this point. Unlike fellow Italian artists who were unable to step out of Michelangelo’s shadow, Giambologna managed to cast aside the influence of the illustrious paragon in creative ways. The exhibition looks at what it meant to step out of the great looming shadow.

Opening in Dresden’s Semperbau, the exhibition brings together approximately 70 works, including valuable loans from the Prado in Madrid, the Rijksmuseum in Amsterdam, the Fondation Custodia/Collection Frits Lugt in Paris and from major international private collections. The presentation is further enhanced by objects from the Galerie Neue Meister, the Gemäldegalerie Alte Meister, the Grünes Gewölbe, the Kunstbibliothek, the Kupferstich-Kabinett and the Münzkabinett of the Staatliche Kunstsammlungen Dresden. 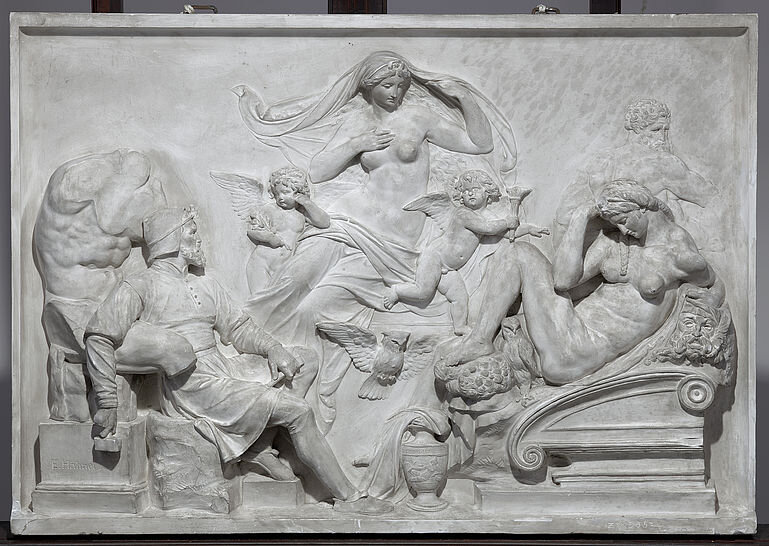