JOHANNESBURG.- This exquisite portrait by the most influential Flemish Baroque artist Sir Peter Paul Rubens (1577 – 1640) depicts a gentleman in a crisp white ruff and black coat, with intricate black on black weaving on the shoulder and chest of the coat. The face of the sitter stands out against the muted greens on the background, the play of light and shade drawing one into the portrait. The technique is elegant and the face of the sitter seems to glows with life and a subtle humour.

The oldest auction record uncovered for this oil on oak panel work is currently that of the Auction house Jovenau in Doornik in 1740 when the work was sold as a Portrait of a Man by Sir Peter Paul Rubens. During the intervening centuries the work was moved to London briefly, before returning to Germany, and, finally, travelling to South Africa.

Between 1817 and 1917, as the work changed hands on auction, the identity of the artist was subject to debate as to whether it was a work by Rubens, or possibly by Frans Porbus the Younger. Following the sale at Munich Helbing Auction in 1896, where the portrait had been sold as a possible work by Porbus, it returned to the market in 1917 as a work by Rubens, being sold by the collector Oskar Skaller.

This portrait was purchased by a German-Jewish doctor in 1925 at Kunsthandel Komter, Amsterdam, and has remained within the family to date. Following the purchase the doctor sought the advice of the eminent Dutch art historian Henk Peter Bremmer on this work and it was he who asserted the attribution of the work to Sir Peter Paul Rubens in Beeldende Kunst, volume 12 of that year.

In 1927 art critics and historians Ludwig Burchard and Wilhelm von Bode confirmed this attribution in an article by Burchard and a co-signed letter to the owner, with Burchard believing the work to have been created, in his opinion, sometime between 1598 – the date of Rubens’ appointment to the Guild of Painters of Antwerp – and 1609 – the artist’s return to Antwerp from Italy following the death of his mother.

Often, during patient consultations, the doctor would discuss state of affairs in Germany. During one fateful discussion the true extent of the current political situation and resurgence of National Socialism was made clear to him. Resolving to leave Germany the doctor took up the offer from one of his patients to secure his personal effects, including his extensive art collection, in order to facilitate his flight. All of the entrusted possessions were returned to the doctor upon escape from Germany before his journey to the southern hemisphere.

The doctor finally arrived in South Africa in 1931-32, resuming his practice once he had settled in Johannesburg. He went on to have a long and successful career within South African medicine, both as an innovative practitioner and passionate teacher. 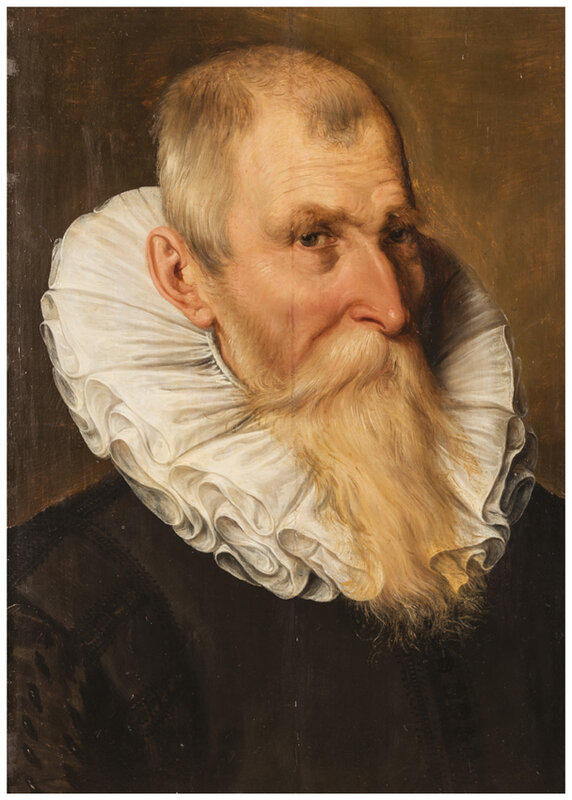