LOS ANGELES, CA.- At their core, fashion photographs are made for consumption in magazines and advertising. They are intended to arouse desire in viewers, whether it be for beauty, style, or even the trendiest lip shade or haircut. To capture attention, fashion photographs perpetually shift style or approach in the face of social, political, and economic change. Icons of Style: A Century of Fashion Photography, 1911-2011, on view June 26-October 21, 2018 at the J. Paul Getty Museum, Getty Center, is the most comprehensive exploration of this phenomenon yet undertaken, featuring more than 160 fashion photographs alongside a selection of costumes, illustrations, magazine covers, videos and advertisements. Drawn from the Getty Museum’s photographs collection as well as significant loans, the exhibition presents the work of more than eighty photographers, illuminating the innovative aesthetic and technological changes in the field.

“Once overlooked by collectors and museums because of its commercial origins, fashion photography is now recognized as having produced some of the most creative work of the twentieth century, transcending its illustrative function to yield images of great artistic quality and sophistication,” says Timothy Potts, director of the J. Paul Getty Museum. “Museums, however, have been slow to embrace this genre. The time seems ripe to present a sweeping overview of the finest examples of fashion photography produced over the past century.”

“In 2010, we began working to strengthen the Museum’s collection of fashion photographs in the hopes of creating a foundation on which we could build a groundbreaking exhibition,” says Paul Martineau, associate curator of photographs at the Getty Museum and curator of the exhibition. “I continue to be intrigued by the ability of some fashion photographs to transcend their original commercial function in order to be considered true works of fine art.”

The exhibition opens with a key moment in the emergence of modern fashion photography when, in 1911, French publisher Lucien Vogel challenged photographer Edward Steichen to create the first artistic fashion photographs. Before then, photographs were often too realistic to attract a public familiar with the highly idealized images popularized by illustrators such as Erté and Paul Iribe. During the first two decades of the twentieth century there was a considerable shift in women’s fashion, moving away from tightly corseted dresses to the more comfortable, natural, looser fitting clothing of innovators such as Paul Poiret and Coco Chanel. On view will be early photographs by Steichen and Baron Adolf de Meyer, two artists who were responsible for creating the foundations of modern fashion photography at the behest of Vogue magazine mogul Condé Nast.

Photographs produced during the Great Depression and World War II reveal how political and economic changes influenced the fashion industry. During the Depression, top style magazines continued to emphasize luxury and glamour, offering an escape from the harsh realities of the period. During World War II, fashion magazines tried to remain relevant by adopting a positive, can-do approach to life. In step with war-time rationing, fashion became simpler and used less fabric, and photographers adopted a more restrained approach. The exhibition includes several examples of “patriotic chic,” a style of dress or representation that underscored national values. Keep the Home Fires Burning (1941) by Louise Dahl-Wolfe features a model in a simple slip turned away from the camera and staring into the fireplace, apparently waiting for her husband to return from the war. The 1950s marked what many consider to be the Golden Age of fashion photography, with a return to glamour through designers such as Cristóbal Balenciaga, Christian Dior, and Jacques Griffe. Richard Avedon and Irving Penn brought the elegant dresses of these designers to life with different but equally visually arresting approaches to their work. Penn dominated studio-based fashion photography while Avedon excelled at showing models on location and in action. Paired with bold visual treatments in magazines, work by these and other artists delivered fashion photography to an aspirational public emerging from decades of war and hardship. The 1960s and 70s were a time when youth culture, the sexual revolution, and later the women’s liberation movement, were catalysts for new possibilities in fashion photography. William Klein photographed his models in urban settings using a 35mm camera, perfecting a gritty street style that was celebrated for its surprising vitality. Leading designers of the mid-1960s ushered in a variety of fanciful new looks such as hippie, mod, gypsy, and space age. Neal Barr’s 1966 photograph of Dianne Newman captures the zeitgeist in a mini-dress with patterned tights, bug-eye glasses, and a cropped haircut – all shot from a low angle to give the image a slightly unbalanced, psychedelic aura.

In the 1970s, ready-to-wear clothing lines by Halston, Anne Klein, and Yves Saint Laurent were coveted by women who had newly entered the workforce and were attempting to balance their jobs and families. Photographers such as Arthur Elgort endeavored to show women going about their everyday routines, and hired models who were relatable, natural, and health-conscious. Others such as Helmut Newton and Chris von Wagenheim challenged propriety with aggressive, sexualized images that often turned the tables on traditional gender stereotypes. The 1960s and 70s also saw increased diversity, with African American models such as Donyale Luna and Beverly Johnson being chosen to grace the covers of top style magazines for the first time. Johnson’s historic 1974 Vogue cover will be on view. Fashion photography of the 1980s and 90s embraced the athletic female body, the display of male sexuality, the birth of the supermodel, and the introduction of darker motifs in the genre. The 1980s saw the rise of corporate power dressing, the fitness trend, and the ascension of Italian designers such as Gianni Versace and Giorgio Armani. Herb Ritts and Bruce Weber portrayed well-built male models in ways that emphasized their sexuality, forever changing how men were represented in fashion and advertising. Beauty and power were also exemplified by a new group of “supermodels,” who were offered enormous salaries for walking runways all over the world. Ritts is known for creating one of the most famous photographs of this time – the seemingly nude embrace of supermodels Naomi Campbell, Cindy Crawford, Tatjana Patitz, Stephanie Seymour, and Christy Turlington. In the 1990s, an economic downturn, an increase in drug use, and the incorporation of the Seattle-based grunge movement by the fashion industry gave birth to “heroin chic,” which presented stick-thin models such as Kate Moss in sickly looking makeup. The raw, overexposed style of Corinne Day, who shot unkempt models in shabby environments was not only a source of inspiration for this new style, but also the antithesis of the over-the-top glamour and excess of the previous decade. 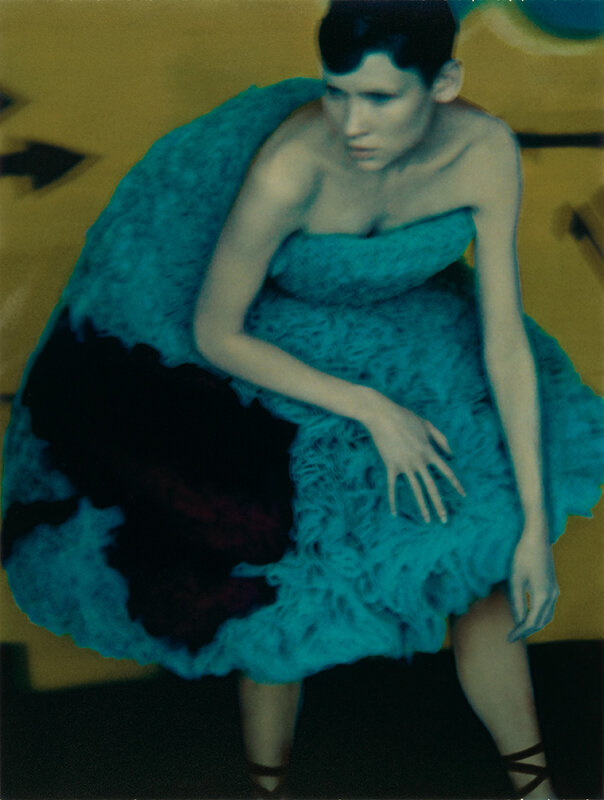 The exhibition concludes by presenting a diverse selection of contemporary photographs that reveals some of the ongoing possibilities of fashion photography, and the digital tools that have reshaped the notion of what—technically and conceptually—a fashion photograph is. The growth of street-style fashion blogs such as Scott Schuman’s The Sartorialist (2005) and global internet picture-sharing applications such as Instagram (2010) and Snapchat (2011) are reshaping a rapidly evolving industry, providing aspiring and established fashion photographers with new outlets for their work.

“My hope is that this sweeping introduction to fashion photography will not only educate and delight our visitors, but also inspire new scholarly inquiry,” adds Martineau. “Long overlooked, the gradual integration of fashion photographs into museum collections will make it easier for these pictures to be evaluated in terms of the larger history of the medium of photography.”

Icons of Style: A Century of Fashion Photography, 1911-2011 is on view June 26-October 21, 2018 at the J. Paul Getty Museum, Getty Center. The exhibition is curated by Paul Martineau, associate curator of photographs at the J. Paul Getty Museum. A related publication by Paul Martineau will be released by Getty Publications in spring 2018. Related events TBD.