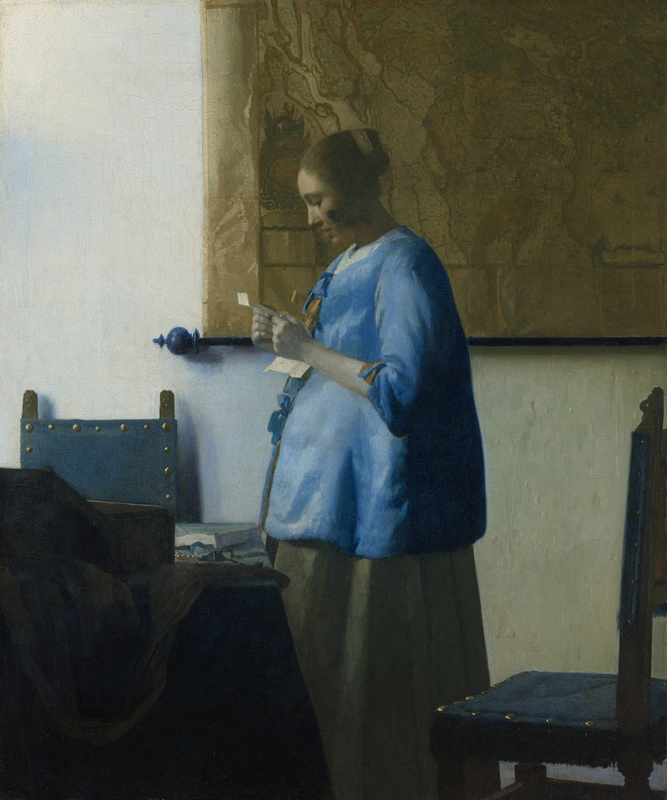 MUNICH.- To mark the reopening of all galleries and the collection display in the Alte Pinakothek, the public has the unique opportunity to see in Munich the famous ‘Woman in Blue Reading a Letter’ by the Dutch master Johannes Vermeer (1632–1675). The canvas will be on show for the limited period of 03 July to 30 September 2018. This generous loan from the Rijksmuseum in Amsterdam is not only the expression of the friendly ties between the two museums and their world-famous collections, but at the same time evidence of the close relationship between the Netherlands and Germany.

Forgotten until the end of the 19th century, Vermeer’s work was rediscovered by the French journalist and art critic Théophile Thoré-Bürger and subsequently underwent a renaissance. Today Vermeer is one of the most famous painters of the Dutch Baroque, alongside Rembrandt and Frans Hals. This is due to the special atmosphere that characterizes his portrayals of domestic life in the Dutch Golden Age. Vermeer was able, like no other painter of his time, to endow a seemingly simple visual subject, such as the woman reading a letter, with a distinctive, deep poignancy. His well-balanced compositions are reduced to a few essential motifs, effectively arranged and illuminated with natural, cool daylight. The choice of colours achieves a perfect harmony, scarcely diminished in its power even today. Optical phenomena, which were the subject of scientific research during the painter’s lifetime and which he would simultaneously adapt according to his own rules, often play a key role.

The Rijksmuseum reopened in 2013 after a ten-year refurbishment and modernization phase and since then has occupied a place as one of the most modern and most visited art museums in Europe. With four paintings, it possesses a unique collection of works by Vermeer. Completed in 1663, ‘Woman in Blue Reading a Letter’ – one of only 34 extant works by the painter – holds a prominent place among them. As part of a large bequest of many works from the art collector Adriaan van der Hoop to the city of Amsterdam, the painting has been on view in the Rijksmuseum as a loan since 1885. It was there that Vincent van Gogh saw the painting. ‘Do you know a painter named Vermeer?’ he wrote to his friend Émile Bernard. ‘He painted a dignified and beautiful Dutch lady, pregnant. His palette consists of blue, lemon yellow, pearl grey, and white. Of course, in the few paintings we have of his, one can find all the colours of a complete palette; but it is also true that the combination of lemon yellow, pale blue, and light grey is characteristic of him.’

The extensive conservation-restoration of the painting in 2011 revealed the secret of the intense and magical radiance of the blue, which has endured across centuries. Vermeer spared no effort in making the letter-reader’s dress blaze blue: he used blue pigments extracted from precious lapis lazuli, a rock-like mineral from northeastern Afghanistan, overlaid on a copper-green base. The public now have the chance to experience for themselves the painting’s unique atmosphere and enchanting effect, alongside other well-known masterpieces in the gallery of Netherlandish masters in the Alte Pinakothek.