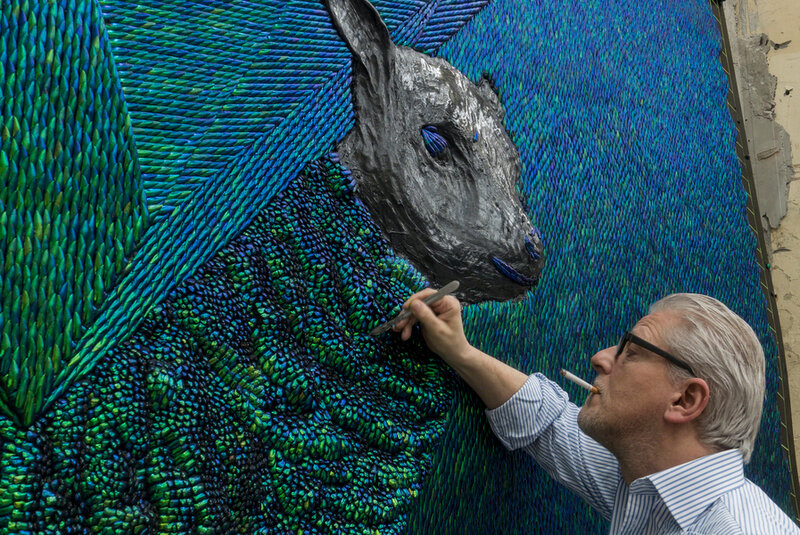 ANTWERP.- In 1628, the Antwerp trinity of Rubens, Jordaens and Van Dyck received the assignment from the Augustinian monks to make altarpieces for their cloister church in the Kammenstraat. This year, Jan Fabre is receiving the same honour upon the occasion of Antwerp Baroque 2018. The former Augustinian church is now the reception and music centre AMUZ. Specially for these new works of art the church site is open from July 3rd until August 9 on Mondays from 2 pm till 8 pm and from Tuesday till Friday from 2 pm. After that/From then on the church site can only be visited during concerts and on Mondays from 2 pm till 8 pm.

Altarpieces
Jan Fabre explores not only the Baroque Augustinian iconography in his interpretation of the altarpieces, which must lead the believer to spirituality, but also uses the three modern-day functions that the AMUZ now fulfils as a point of departure: that of a concert hall, a reception and business affairs' centre as well as a recording studio. With 'Het monastieke optreden' (The Monastic Performance), 'Het mystieke contract' (The Mystic Contract) and 'De extatische opname' (The Ecstatic Recording) respectively, he adds to each of these aspects from his personal language of images. He translates - or rather 're-tells' - the altarpieces of Jordaens, Van Dyck and Rubens in contemporary language and frames them in their contemporary context; however, without wanting to make a one-to-one comparison with the originals.

Originating from various collage drawings, there are an associative combination of core elements from Fabre's total oeuvre, such as the lamb, fire, woman, spirituality and his love for Antwerp, represented by the motif of the diamond. They also cause the viewer to pause and provide him grounding points for his reflection about the space in which he finds himself. Just as with the Augustinian monks enter into a relationship with the believers in order to grant them access to the mystic wedding (Rubens' wedding of the Holy Catharina) via the way of contemplation (Van Dyck's Agustinus) and the martyrdom (Jordaens' Apollonia), Fabre enters into a spiritual relationship with the visitor of AMUZ in order to be ignited with him in the fire of art. Jan Fabre, The ecstatic recording (2017). From the series of collage drawings in preparation for Jan Fabres altarpieces in the Saint Augustine Church / AMUZ. Pencil and collage technique, 60 x 42,2 cm. 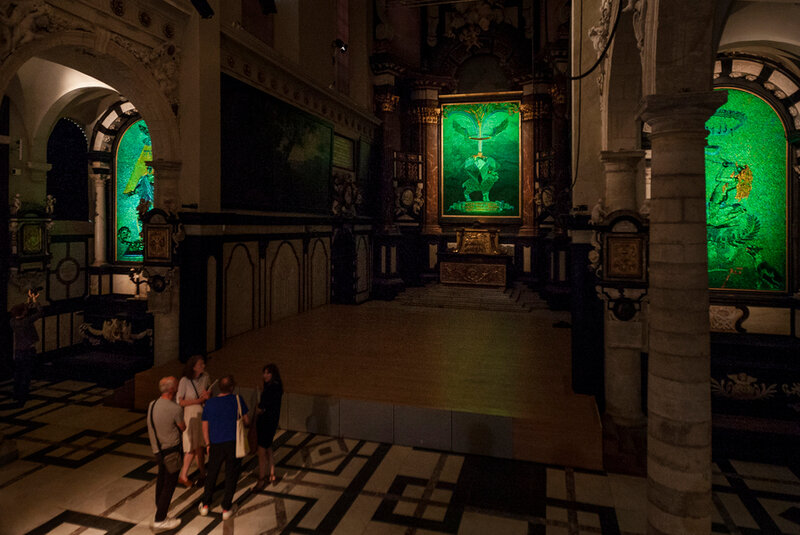 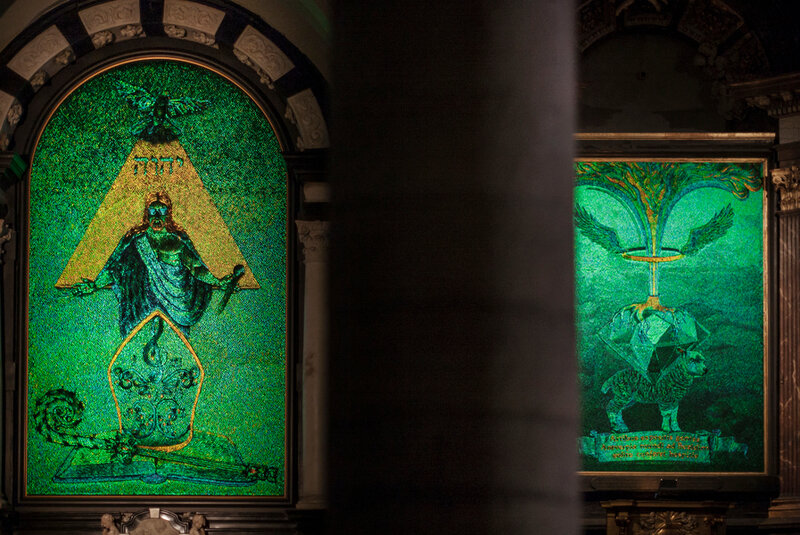 Jewel Scarab
The material form that he devised for his alternative interpretations also deserves attention. Jan Fabre opted for the wing cases of the jewel scarab as a pictorial technique in order to give shape to his allegories. He first applied this technique in the Hall of Mirrors of the Royal Palace, where he transformed the ceiling into a Heaven of Delight. The pictorial effect of the material in the wing case of the jewel scarab maintains a balance between mosaic and classic oil paint. These wing cases each have a completely different intensity through the reflection of the light. This allows the artist not only to come closer to the intense pictorial effect of a painted surface, but also with a changing light source, his image is able to literally metamorphose. 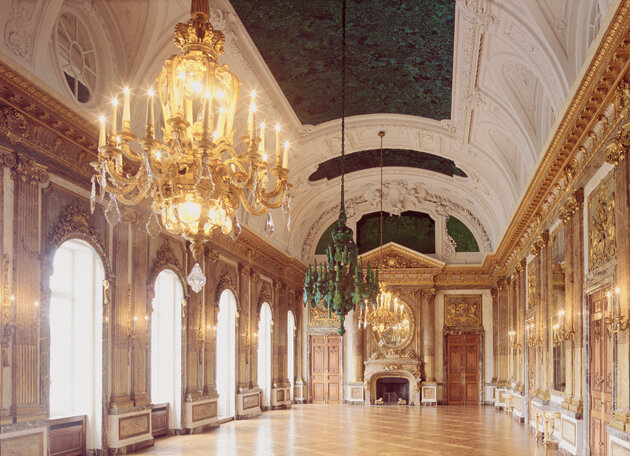 Jan Fabre, Hall of Mirrors of the Royal Palace. Jan Fabre, Heaven of Delight in the Royal Palace.

Mercator Fund
In the publication, published by Mercator Fund on the occasion of this permanent installation, Barbara De Coninck, Joanna De Vos, Jenke Van den Akkerveken and Els Wuyts focus on the iconography and meaning of each individual altarpiece. How the mosaics have grown and metamorphosed from a series of collage drawings is also displayed. An overview text by Paul Huvenne makes the complete comparison between Fabre's contemporary interpretation of the altarpiece and the Baroque originals, from the angle of the architecture and the destination of the Saint Augustine church. Finally, Joost Vander Auwera goes further into the connection between Fabre, Jordaens and Van Dyck.