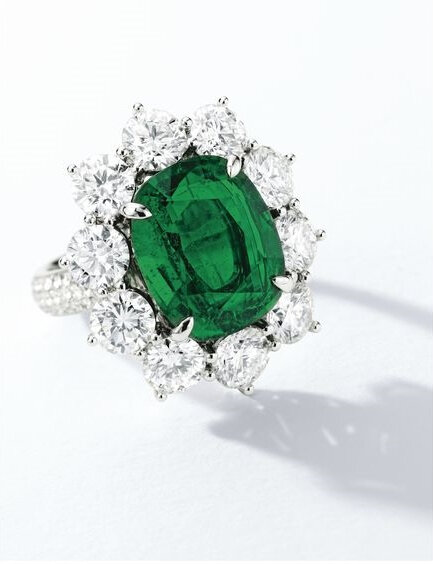 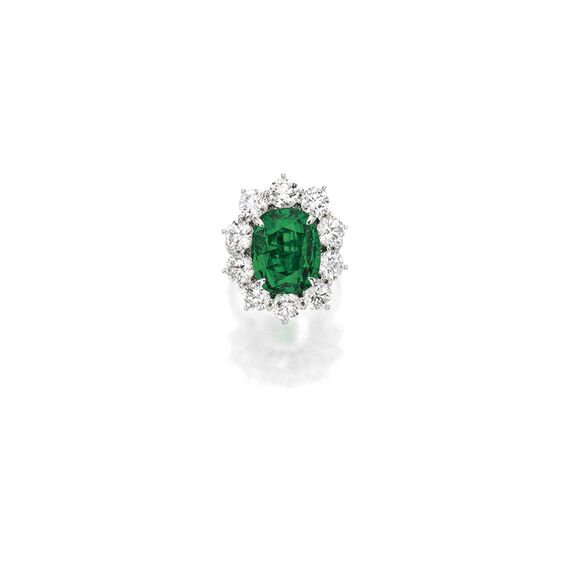 Accompanied by Gübelin and SSEF reports numbered 14101035 and 80727, dated 31 October 2014 and 29 June 2015 respectively, stating that the 7.99 carat emerald is natural, of Colombian origin, with no indications of clarity enhancement. The SSEF Appendix Letter further states that 'its attractive and saturated green colour is due to a combination of well-balanced trace elements in the stone, typical and characteristic for the finest emeralds of Colombia...A natural emerald from Colombia of this size and quality is rare and exceptional.' Also accompanied by SSEF Premium Appendix folio.

Further accompanied by ten GIA reports, stating that the ten diamonds ranging from 0.57 to 0.51 carat diamonds are E to F colour, VVS1 to SI1 clarity.